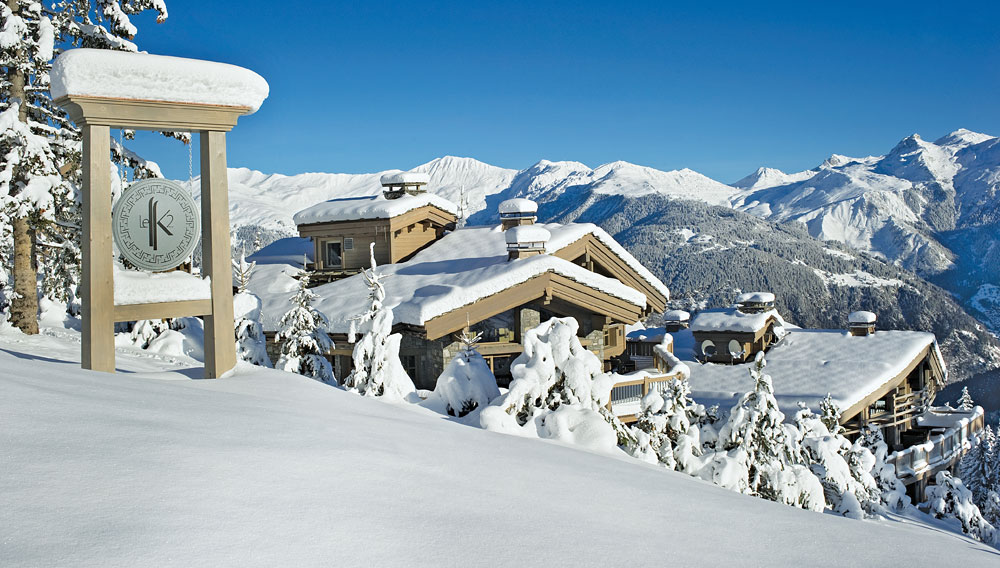 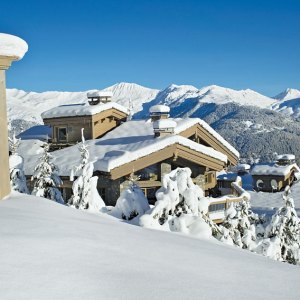 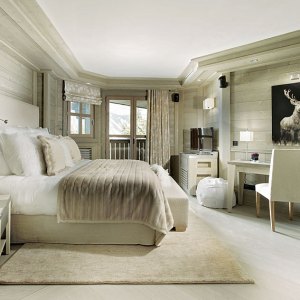 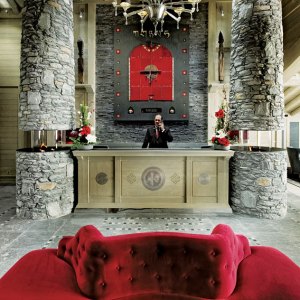 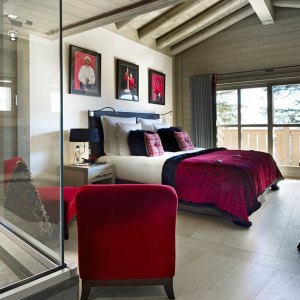 Replicating success can be a tricky proposition—just look to the many disappointing Hollywood sequels as evidence. Indeed, hoteliers Philippe Capezzone and Stanley Fink faced a tall task when they set out to build a follow-up to their decade-old Hôtel Le Kilimandjaro in the French alpine resort town of Courchevel 1850. Any doubts about their latest effort, however, were put to rest with the Decem­ber opening of Hôtel Le K2.

Like its nearby sister property, K2 offers a contemporary take on the traditional alpine chalet. In the hotel’s lobby, red tapestries commissioned from Lyon-based atelier Charles Jouffre offer colorful complements to two imposing stone chimneys flanking the check-in desk. Arriving guests at the hotel proceed to one of 29 guest rooms or five chalets, the latter of which feature five or six bedrooms, swimming pools, and dedicated service teams that include a butler, a chef, and housekeepers.

A dedicated chairlift connects K2 to more than 100 alpine runs at the world’s largest ski resort, Les 3 Vallées. Adding to the many après-ski options in Courchevel 1850 (so named for its altitude in meters) are the hotel’s British-style Winston Klub, 6,000-square-foot Goji Spa, and Kintessence restaurant by Nicolas Sale. The French chef holds a Michelin star at La Table du Kilimandjaro, and he aims to earn another with its sequel.