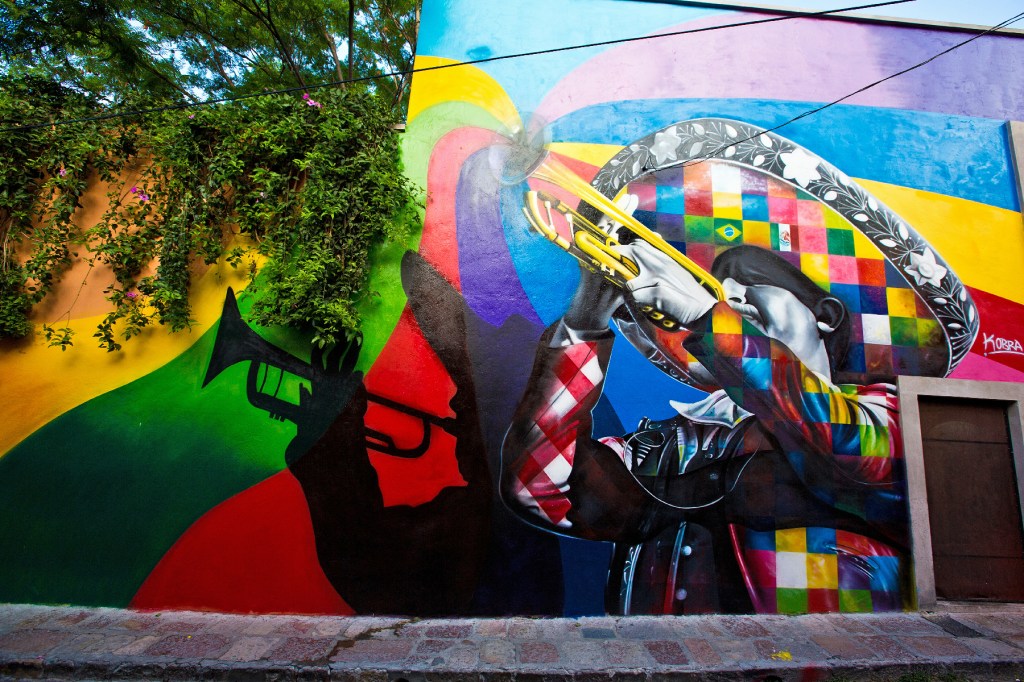 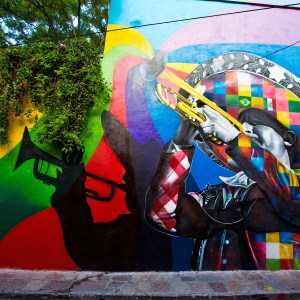 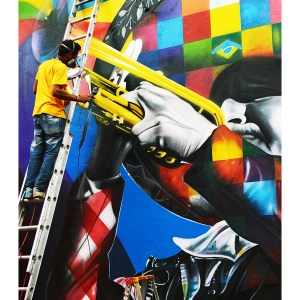 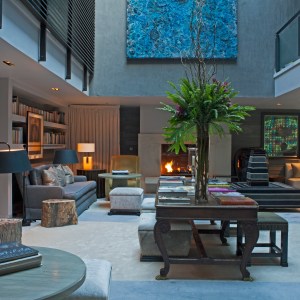 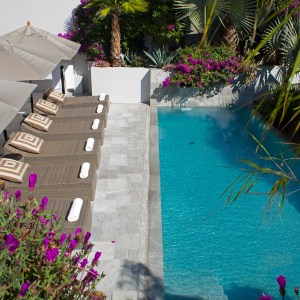 With the World Cup kicking off in Brazil, Hotel Matilda in San Miguel de Allende, Mexico is proudly sporting an appropriate new façade: A mural painted by famed Brazilian street artist Eduardo Kobra, who has special ties to soccer’s ultimate tournament playing out in his homeland.

Kobra’s artwork, entitled “The World United by Soccer,” was chosen by McDonald’s to grace its iconic french fry box – the first time in the company’s history that the design has changed. The special edition fry box will be in McDonald’s restaurants throughout the month-long FIFA World Cup.

Kobra was in San Miguel for SMART (the San Miguel Art Festival) when he transformed Hotel Matilda’s exterior with an original work of street art – a Mexican mariachi in a blazing rainbow of colors that is in striking contrast to the colonial city’s usually quiet demeanor. Like the 32 national teams going to the World Cup that have to perform or go home, Kobra’s street art will be a living performance until the tournament ends – when it will be painted over and San Miguel will return to its traditional colonial canvas.