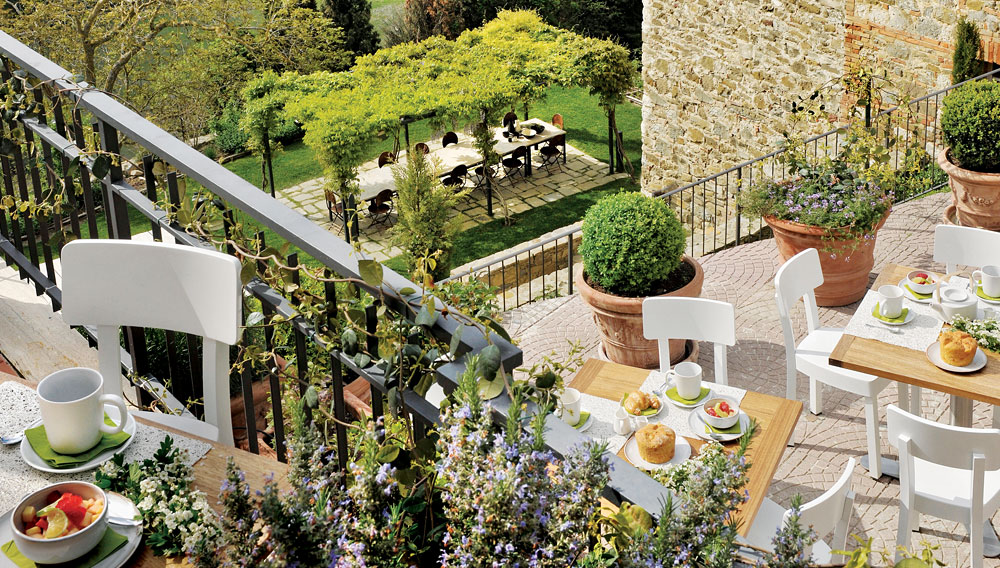 With the opening of his Hotel Monteverdi, Michael Cioffi is something of a minority stakeholder in the town of Castiglioncello del Trinoro. The American attorney and developer, who in 2010 completed renovations of three villas in Castiglioncello, now owns one-quarter of the property in the village, whose population tops out at 20 in the winter months. This summer, however, Castiglioncello was bustling with locals and visitors alike, who enjoyed concerts, a lively café, and more at the town’s only hotel.

The seven-room Monteverdi, which opened in August, is set within two buildings in the town center, a short walk from Cioffi’s three villas. No two guest rooms by Italian designer Ilaria Miani are alike, though each is intimate, with wood-beam ceilings and large open showers. Some have private gardens; others have a fireplace or a copper soaking tub. Guests wanting additional space can rent one of Cioffi’s villas (two, three, or six bedrooms) on a weekly basis.

In addition to its terrace-lined café, Monteverdi plans to open a locavore fine-dining restaurant in 2013. Food and wine enthusiasts will also find inspiration in the towns of Montepulciano and Montalcino (both within an hour’s drive) and in the hilltop village of Pienza, known for its Paglietta pecorino cheese.