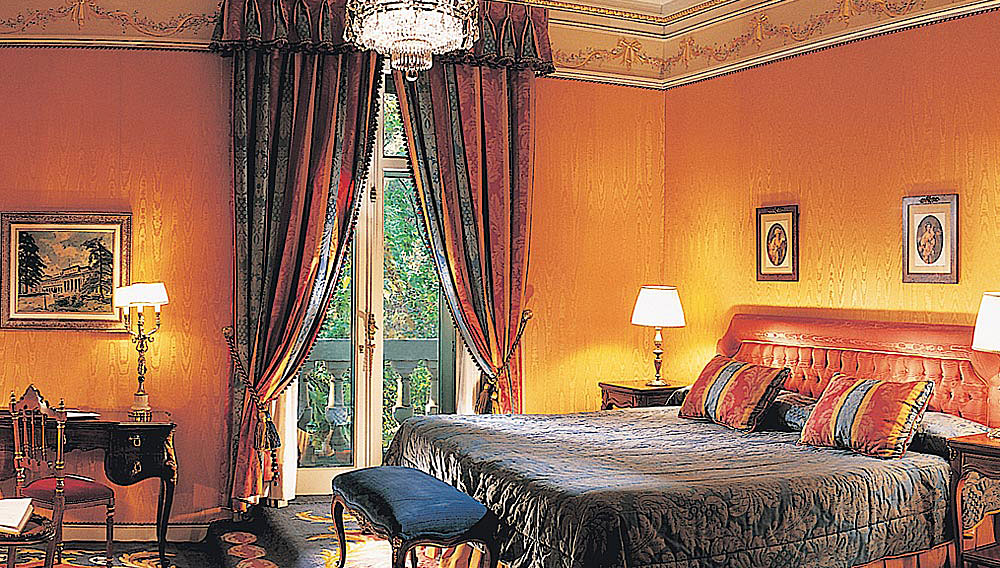 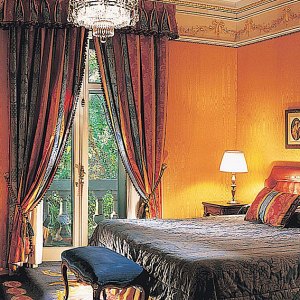 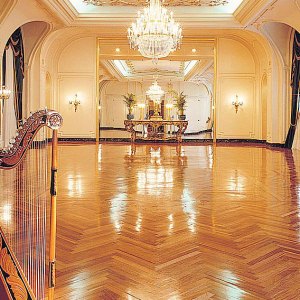 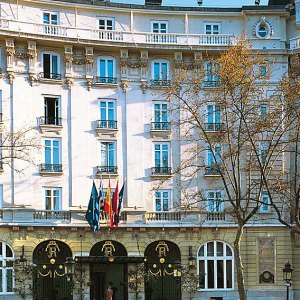 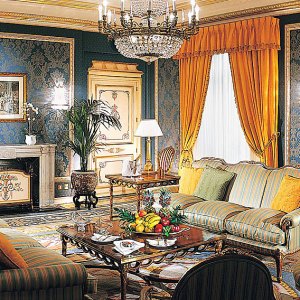 Early in the 20th century, Spanish King Alfonso XIII assembled a group of investors to build Madrid’s first grand hotel, a palace in the vein of the Ritz in London and Paris. The group enlisted the man behind those hotels, César Ritz, to oversee the development of the Madrid property, which opened across from the Spanish capital’s Prado Museum in 1910. Present-day guests at the Ritz enter the crystal, marble, and gilt circular lobby through the original revolving wooden door. Orient-Express Hotels, which purchased the Ritz in 2003, preserved the door, lobby, and other traditional elements—and updated them with modern comforts including warm air piped to the entryway in the winter—during the recent refurbishment of the property. Orient-Express also retained such Ritz pastimes as English tea, a ceremony that King Alfonso and his queen, Victoria Eugenia (niece of Britain’s Edward VII), introduced to Madrid society. Today, servers trained by the Ritz London’s tea butler dispense custom blends every afternoon in the Lobby Bar. Accommodations Soundproof windows are a welcome feature in all of the 137 rooms and 30 suites, the latter of which include parlors or spacious sitting rooms. Facilities A fitness center and sauna, as well as five rooms for meetings and special events. Dining Contemporary Spanish and Mediterranean cuisine from chef Jorge González at Goya Restaurant. Concierge Recommends Take a private tour of the Prado, which reopened in October after an expansion that doubled the museum’s size. The $200 million project involved disassembling and rebuilding all 3,000 blocks of the Prado’s neighbor-turned-new wing, the 16th-century Los Jerónimos Church. Rates From $720 to $6,560.