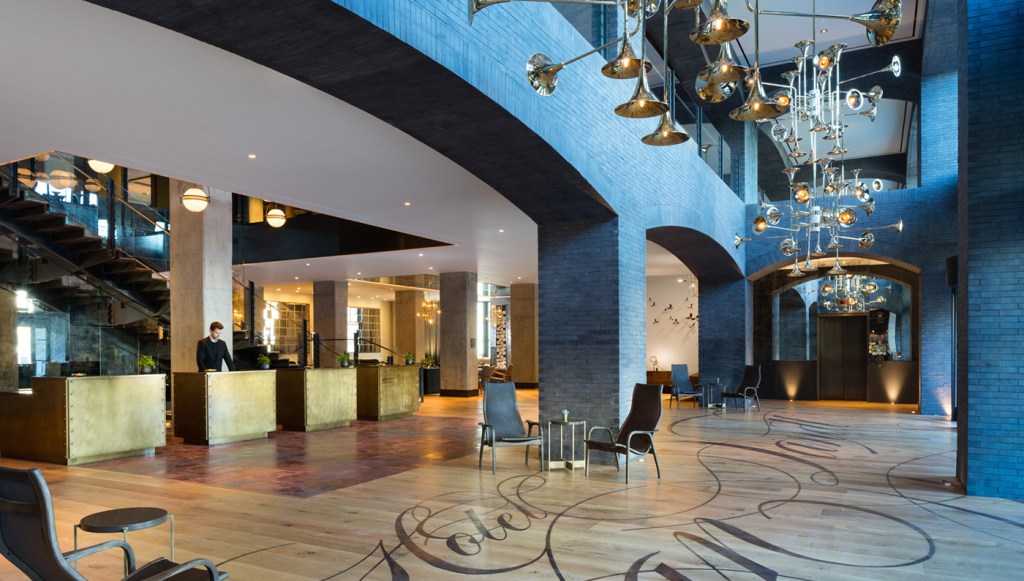 Each month brings a new reason to visit Austin, and October is no exception. Spanning two weekends, the annual Austin City Limits Music Festival kicks off September 30, and the Kimpton Hotel Van Zandt finished five new presidential suites just in the nick of time—perfect for rockers who prefer a refined space to lay down their guitar. The rest of the property debuted in Austin’s Rainey Street District last year (a historic area now known for its hopping food and nightlife).

All of the five presidential suites were eclectically designed by Mark Zeff with rock stars in mind, and sport incredible views, hardwood floors, Carrara marble, and wall coverings crafted from Italian wood. Expansive kitchens feature Gaggenau appliances, a Symbol Audio vinyl-record console with a full-album library, high-tech amenities, and a poker table. Choose the Lefty Suite for its upright piano, although all of the suites feature a Bluetooth-enabled Marshall sound system for those who would rather not play their own music.

If you have time in between sessions, check out the rest of the hotel, which was also designed by Zeff. Named after historic Texan Isaac Van Zandt, the Republic of Texas ambassador to the United States, and his third-great-grandson and musician Townes Van Zandt, the property also showcases original artwork by Townes’ son JT.  The 360-room hotel also offers live music nightly, a pool with cabanas overlooking the city, and a lobby bar that serves complimentary wine tastings alongside a blazing fireplace and another Symbol Audio record console. During the day, hop on one of the hotel’s Public Bikes to ride around Lady Bird Lake (formerly Town Lake) or to seek out the best-roving barbecue truck, La Barbecue. Three of the five presidential suites (Rainey, Van Zandt, and Loretta) are around $2,500 per night, while Lefty and Pancho go for around $2,000. (hotelvanzandt.com)