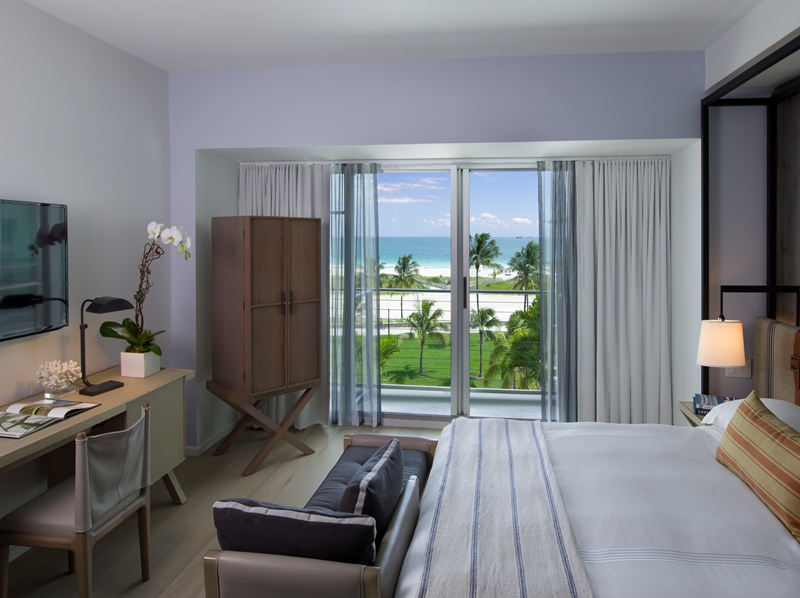 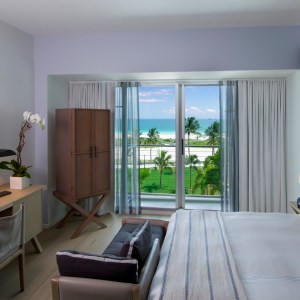 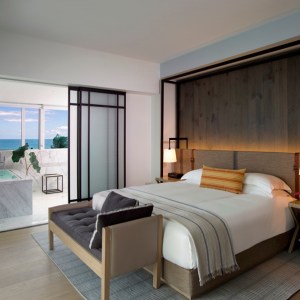 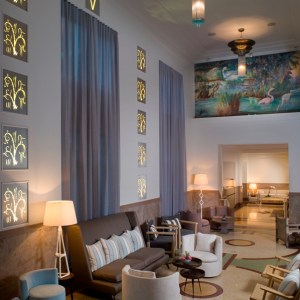 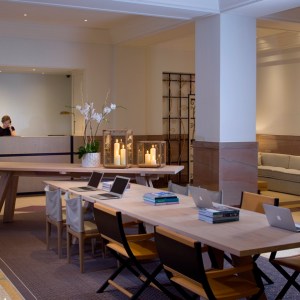 The hotel’s owners, a company affiliated with New York’s Nakash Family, which owns Jordache Enterprises, recently purchased the Versace Mansion (most recently known as Casa Casuarina) next door for $41.5 million with plans of re-launching the iconic property as a boutique hotel, which will also be considered an extension of Hotel Victor.

“We are thrilled to be re-opening the doors at Hotel Victor and showcasing many of our new lifestyle amenities and fresh design features,” says Wadeh Constance, acting general manager of Hotel Victor. “As a recognized and trusted brand in South Beach for many years, we represent the constant evolution of Ocean Drive and are committed to offering the best hotel guest experience and value in Miami.”

In addition to creating stylish new guest rooms and suites that evoke a “beach house” vibe, designers Yabu Pushelberg skillfully combined neutral tones with natural materials and textures to create an approachable living space which is reflected in subtle interior touches such as the sleek wooden floors and soft linen chairs and drapery.  This same soothing aesthetic is carried into the bright, airy lobby which offers ample seating, as well as free Wi-Fi, communal computers and complimentary access to Beach Cruisers to check out all the sights and sounds of South Beach.

Originally debuting in 1937 and designed by Florida architect Lawrence Murray Dixon, Hotel Victor is a classic art deco property that has been welcoming distinguished guests on Ocean Drive for years.  The hotel was later meticulously restored by acclaimed French architect and designer Jacques Garcia who is best known for his work on the beloved Hotel Costes in Paris.  Located directly across from the Atlantic Ocean, the beachfront hotel is steps away from some of the area’s best nightlife, shopping, restaurants and entertainment.