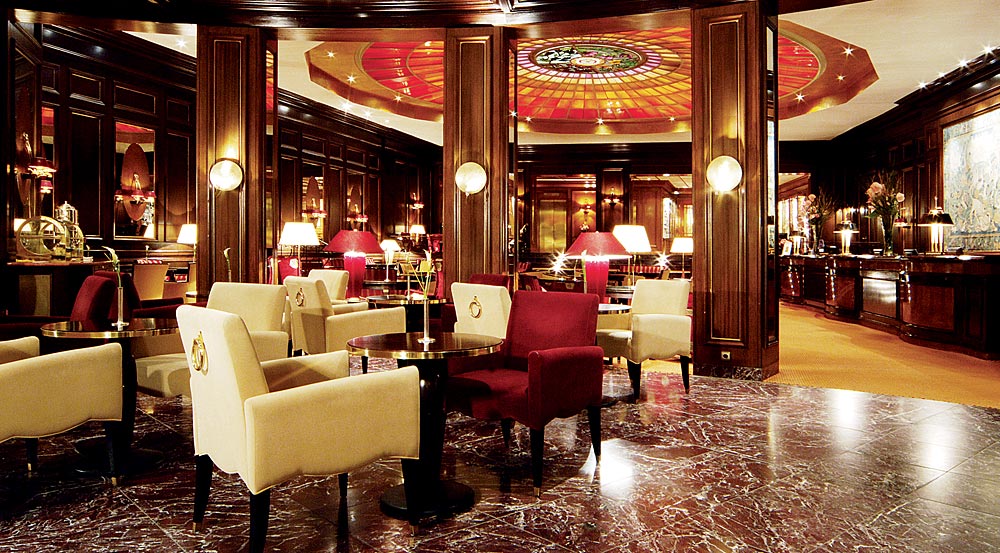 In Munich, Germany, new boutiques and fashionable wine bars mingle with the city’s traditional beer-hall, brass-band gusto. This merry dance of old and new continues at the Hotel Vier Jahreszeiten Kempinski München, a 150-year-old grande dame that occupies a commanding position on the broad Maximilianstrasse. The hotel’s lobby references Art Deco luxury, and service is unwaveringly correct, but if you enter wearing a dirndl, a Brioni suit, Alpine hiking gear, or even jeans and a T-shirt (standard apparel for the city’s many high-tech employees), no one will bat an eye. Some in Munich think of the hotel’s spreading, stained-glass lobby cupola depicting the four seasons (in German, the vier jahreszeiten) as the very center of the city. However, the hotel’s new MaxPrivate—a contemporary, five-room wine bar and bistro—is fast becoming a hub of Munich’s spirited social scene. Accommodations 308 individually designed rooms and suites. Facilities The hotel lobby, described as the nicest living room in Munich, hosts a tea each afternoon in the grandest of traditions. Dining Visit Vue Maximilian for a formal Dining experience with an incomparable view of Munich, featuring dishes made with local ingredients. Later retire to the Jahreszeiten Bar, designed to look like an English pub, for a cocktail to cap off the evening. Concierge Recommends Pay a visit to the cake refreshment bar between the hours of 3 p.m. and 6 p.m., and indulge your sweet tooth with the seemingly never-ending assortment of cakes and other sweet treats. Rates From $585 to about $6,400.