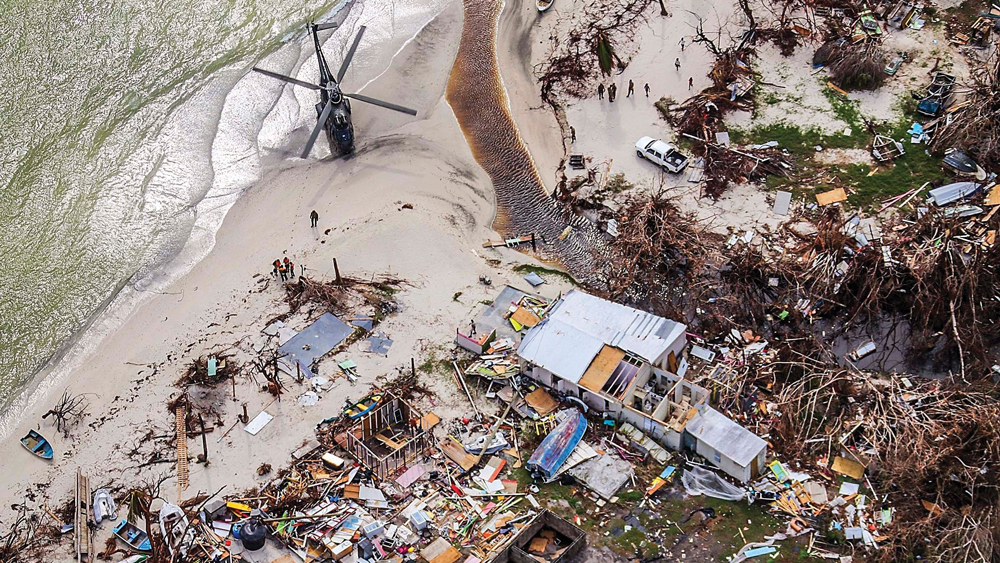 When hurricanes come crashing into the Caribbean islands—as we have seen too many times in the past few years—we are riveted and alarmed, but the news fades all too quickly. What happens in the aftermath of the storms, once the spotlight has moved on to the next tragedy, isn’t what you expect. A common chain of events often occurs: Emergency responders fall short of demand, opposing politicians take to verbal sparring, and charities struggle to ensure donations end up in the right hands—all of which protracts an already dire situation. But a new path is being forged by businesses—in particular hotels and hospitality groups—using their vast networks and on-the-ground knowledge to bypass the red tape for quicker and more effective recovery.

It’s business leaders like Federico “Friedel” Stubbe who are rebuilding the islands and business. The Puerto Rican native and owner and chairman of Prisa Group—which has developed many of the island’s high-end hospitality and real estate properties, including the luxury resort Dorado Beach, a Ritz-Carlton Reserve (which just reopened following a full renovation)—quickly banded together with a collective of the island’s most connected entrepreneurs and experts to form what would become the Resilient Puerto Rico Advisory Commission. While the U.S. government was still debating statistics and cost assessments, the independent group was devising a blueprint for the island’s future, outlining everything from how to overhaul the failed infrastructure and power grid to how to improve the education and healthcare systems. It provided the kind of swift action the island needed during its darkest days, supporting the installation of reliable backup energy systems and solar panels at hospitals, schools, and emergency shelters, and helping small businesses get back on their feet.

“In disasters like these, how do democracies work?” Stubbe asks. “You have the left and the right and the center just like anything else. But personally, I’m not interested in the politics; I’m just interested in building a better Puerto Rico.”

In the case of Resilient Puerto Rico— which has directed millions of dollars to recovery as well as new developments aimed at preparedness for future storms— that betterment comes as the result of well-coordinated networks with broad support. In other cases throughout the Caribbean however, it comes from bootstrap missions like the one launched last year by Barry Sternlicht’s Starwood Capital Group, the global investment firm that owns the Four Seasons Resort and Residences Anguilla. As the largest private employer on Anguilla, Starwood took matters into its own hands when Hurricane Irma damaged roughly 85 percent of all structures on the 35-square-mile island. Within days of the Category 5 hurricane, the firm had formed a local committee to determine the island’s needs for recovery. Within weeks, it had launched Anguilla Stronger, an emergency relief effort composed of hotels across the island, including the Belmond Cap Juluca and Malliouhana, Auberge Resorts Collection—both of which were severely damaged—as well as Zemi Beach House.

“Starwood Capital Group is a huge global company, so we have a lot of procurement expertise,” says Beth Shanholtz, who has directed the nearly $1.5 million (comprising the corporation’s own capital as well as tax-deductible donations) that Anguilla Stronger has provided for food distribution, building materials, and contractors to help rebuild their employees’ homes. “Anguilla received a ton of donations, but there was no other organization that did what we did on this level—not even the government.”

The inability of local governments to enact fast change is as much a matter of finances as a function of bureaucracy. Puerto Rico was in the midst of an economic crisis long before Maria hit, and even without a recession, Anguilla’s modest treasury couldn’t cover the damages of Irma. “Our annual budget is $200 million. The damage from Irma is more than that,” Anguillan parliamentary secretary Cardigan Connor said last year when questioned about the island’s recovery plan. Overseas aid can’t always be counted on, either: In the case of the Caribbean’s British territories (including Anguilla, the British Virgin Islands, Barbados, and Turks and Caicos—which suffered a combined $3.6 billion in damages in last year’s hurricanes), the question of which government entity would foot the bill led to delayed and insufficient funds. Though Great Britain eventually sent more than $70 million to its territories, a significant portion of those monies came as loans that will no doubt leave the islands in debt for years to come.

Given that the development of a single hotel can exceed the annual budget of an entire island, it’s no surprise that these destinations are increasingly turning to the hospitality industry to get back on their feet. The St. Regis Bahia Beach Resort in Puerto Rico shelled out $60 million for its post-Maria renovations, and the Four Seasons in Anguilla paid roughly $20 million for its damages. But hotels are also dipping into their private coffers to ensure that the community that sustains their businesses bounces back just as quickly. Stubbe, for instance, contributed $1 million directly to his staff of 500 to help rebuild their homes and recoup other losses.

But it’s more than just money—it’s resources, too. In the British Virgin Islands, Richard Branson, who rode out Hurricane Irma in the wine cellar of his Necker Island resort, transported aid via his fleet of Virgin Atlantic airplanes. And Royal Caribbean canceled its cruises after the hurricanes in order to use its ships to deliver supplies to the islands and evacuate residents in need.

Of course, there’s no arguing that these efforts, well-intentioned as they may be, are wholly altruistic. Hospitality has a vested interest in rapid recovery if its businesses are to remain lucrative enterprises. (Last year’s storms alone cost roughly $900 million just in lost revenue.) Whether that recovery extends beyond the immaculate walls of the hotels themselves, however, is another story.

A year after Irma, a drive through the back roads of Anguilla, a few miles from the whitewashed walls of the Four Seasons, reveals many homes still damaged, with roofs covered in blue tarps and broken windows obscured by wooden boards. Still, the prevailing attitude is one of optimism. Anguilla Stronger continues to deliver aid—including build- ing supplies and contractor services—even as the island’s hotels are once again up and running. “If we didn’t do this, what would have happened?” Shanholtz asks. “This is not just about assets; it’s about people. When the hotels aren’t open, it impacts the entire economic system— the taxis, the boat operators, the restaurant owners. We’ve been able to prove that our model works: We’ve stimulated the economy.”