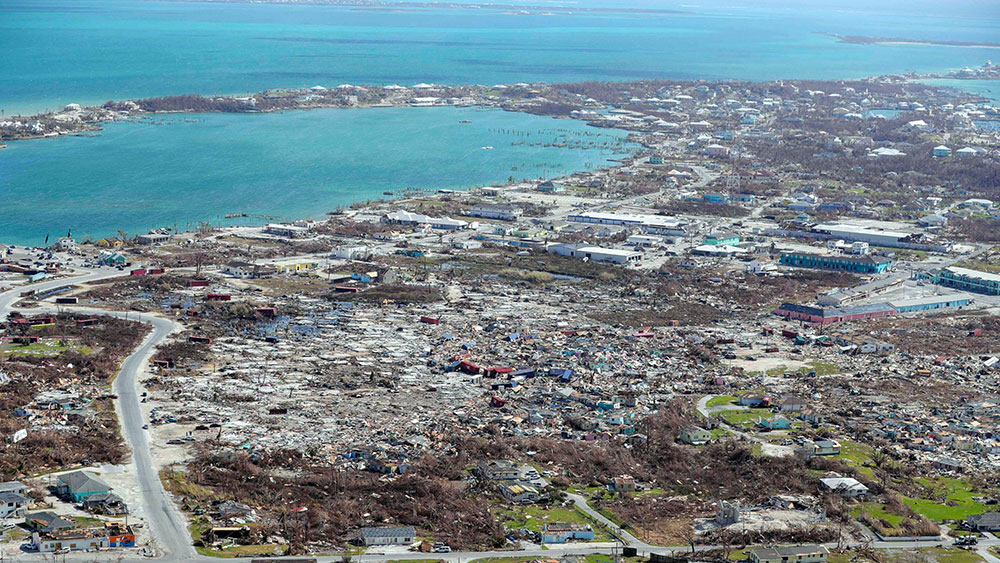 At the start of the month, tragedy struck the Bahamas when Category 5 Hurricane Dorian tore its way through the Abaco Islands and Grand Bahama Island. Following what NASA reported as sustained winds of 185 mph, with gusts over 200 mph, the devastating storm has left catastrophic destruction in its wake, including a death toll that’s nearing 50 people and the displacement of over 70,000 individuals, according to CNN. Now, the country is in dire need of help—and the travel industry is heeding their call.

Many of the resorts on nearby islands have banded together in solidarity to show their support for their neighbors. Atlantis is playing a significant role, providing José Andrés and his World Central Kitchen team—who made an extraordinary impact in the aftermath of Hurricane Maria in Puerto Rico two years ago—with a space to assemble meals that are being delivered daily to Abaco and Grand Bahama. Atlantis, Paradise Island, and Brookfield Asset Management have also collectively pledged $3 million dollars toward relief efforts, in addition to setting up a GoFundMe page for donations, with 100 percent of the proceeds going to the Bahamas Red Cross.

Several others have also created donation pages, including Baha Mar (which has also given $2 million to support immediate disaster relief and long-term recovery, and is encouraging guests to bring items for those affected); Sandals Resorts International, which will match donations dollar for dollar; the soon-to-open Caerula Mar, whose owners’ charity will match campaign goal proceeds; and the Ocean Club, a Four Seasons Resort, which has also been sending staff over to the Atlantis to work with World Central Kitchen. A number of cruise lines have also been helping by sending relief to the Bahamas on their ships, and Royal Caribbean has gone the extra step by donating $1 million and matching up to $500,000 from funds raised by the Pan American Development Foundation.

But, as counterintuitive as it may seem, one of the best ways to support the Bahamas right now is by actually going there. As a representative for the Bahamas Ministry of Tourism and Aviation told Robb Report, tourism accounts for “approximately 55 to 60 percent of combined direct and indirect economic contribution” to the island nation—and with the exception of Abaco and Grand Bahama, the rest of the country was thankfully unaffected, and remains open to visitors.

In an effort to encourage tourists to continue vacationing in the islands, the Caribbean Hotel and Tourism Association have joined forces with the Bahamas Hotel and Tourism Association to organize an online charity auction in which you can bid on two- to seven-night stays all around the Caribbean. It’ll come to a close on September 30, with a second set of offerings that’ll be presented in October. (CHTA has also taken into consideration the destruction of schools on Abaco and Grand Bahama, and has arranged an education fund to help support children and the training of hospitality professionals in the affected areas.) Deals can also be found on CheapCaribbean.com, which will be donating 100 percent of their profits from Bahamas reservations made on September 17. They’ll also be matching cash donations up to $50,000 through October 15, and will be donating all of the profits from the sales of their limited-edition T-shirt.

While everyone involved recognizes that it’ll be a long road to recovery, these contributions show how tourism can help the victims of Dorian—with hopefully more to come.