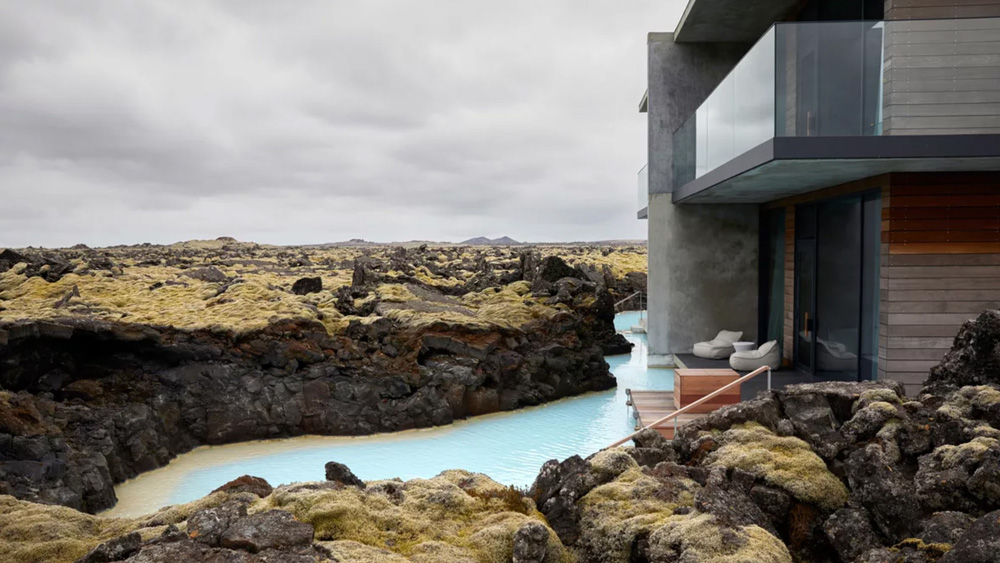 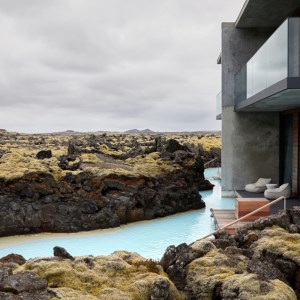 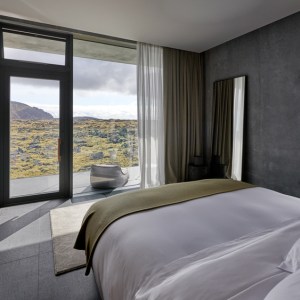 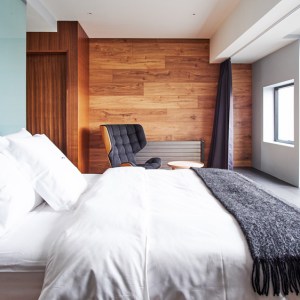 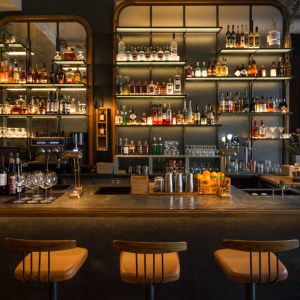 Iceland has long held a treasure trove of wonders—wonders that until recently were really only accessible by the most intrepid of backpackers and snow bunnies. But as your Instagram feed surely attests, the last few years have seen tourists from all over the world flock there to hike glaciers, scuba dive through tectonic plates, and experience the northern lights. Foodies try fermented shark and Iceland’s famous rye bread. But still all of that rugged beauty was met by equally, shall we say, rustic accommodations.

That is, until this year, which has seen a luxury boom hit the Land of Fire and Ice. You can now spend the day soaking in the iconic Blue Lagoon and then check into a five-star property without ever slipping out of your plush white robe. You can book a suite in a design hotel in downtown Reykjavík that gives you your own private sauna to relax in before dinner, and down the street you can enjoy a tasting menu in a tiny, hidden restaurant that won the country’s first Michelin star last year.

Luxury certainly looks good on Iceland—read on to discover why.

A regular trip to the Blue Lagoon already feels like an escape: You spend the day soaking in glowing blue hot springs surrounded by Iceland’s volcanic landscape. But now with the new five-star Retreat Hotel, which made its splashy debut earlier this spring, the experience is even better. From your sleek guest room you’ll have round-the-clock access to the lagoon, so you can soak under the midnight sun or the northern lights. There is also a spa, where you can get wrapped in natural salt scrubs or enjoy a heavenly in-water massage. The hotel’s Moss Restaurant tops off the wellness experience with healthy, creative takes on Iceland’s most sacred recipes.

Opened in May 2017, the Ion City Hotel is the sister property of the famed Ion Adventure Hotel outside of Reykjavík, where you can watch the northern lights unfold above while you snuggle down with furs in bed. With this property, Ion brings that same sense of design-fueled wonder into the center of the country’s biggest city—showing off Icelandic culture at every opportunity. Staff members wear uniforms made by a local designer, and the artwork throughout the hotel is inspired by the country’s nature. Check into the Panorama Suite for the ultimate experience: As the name suggests, it offers sweeping views of the city outside, along with a private sauna and standalone bathroom for warming up after frigid days exploring the surrounding areas. When you get hungry, the hotel will send a chef and bartender to your quarters to prepare you Icelandic treats.

Earlier this spring, the Edition, the luxury hotel chain owned by Ian Schrager and Marriott, broke ground on its Reykjavík property. While details of the new hotel are being kept tightly under wraps, we do know it’s located next to the stunning Harpa Concert Hall and on the water. It’s expected to open in 2019 with 250 rooms, a spa, a conference facility, and multiple dining venues—and rumor has it over $130 million is being spent on the project. If other Editions are anything to go by, we should expect a sexy decor, a lobby bar made for late-night partying, and a lot of gorgeous fireplaces.

In 2017, Dill, a champion of new Nordic cuisine, became the first restaurant in Iceland to be awarded a Michelin star. It’s small, dark, and hard to find, but once inside, you feel like you’re being served a family meal in an old bar (no white-glove hallmarks of Michelin stars here). The restaurant likes to keep it simple, using fresh ingredients from across the country—including many Icelandic delicacies—and letting them shine on their own. We’d suggest sampling horse mussel served with potatoes and herbs, or bilberries (a dark blue berry) served with dulse (a deep-red type of seaweed). To get the full experience, try the seven-course tasting menu paired with organic wines.

Óx is Iceland’s smallest restaurant—and also its most exclusive—with just 11 seats situated around an old Icelandic kitchen. Led by chef Georg Arnar Halldórsson, the restaurant serves just one two-and-a-half-hour tasting experience nightly, where Halldórsson personally walks diners through each ingredient—most of which are sourced locally—and explains the tradition and lore behind them. It’s booked for months in advance and, if Halldórsson’s intuition is correct, likely to make this year’s Michelin short list, so plan ahead.