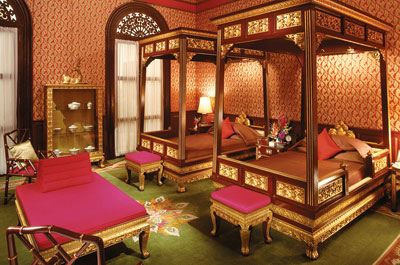 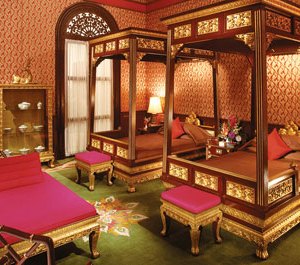 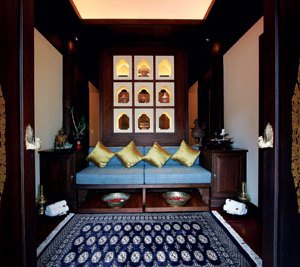 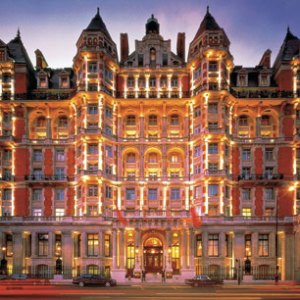 Four decades is a long tenure in any position, but in the hospitality industry, such a stint is a true anomaly. Still, Kurt Wachtveitl, general manager of the Oriental Bangkok since 1967, has no plans to move on anytime soon. “Thailand—its people, its food, its culture—gets under your skin,” says Wachtveitl, a native of Bavaria. “Thailand is all about hospitality. It’s a place of dreams and illusions where old Siam and old-world charm still exist in harmony with the modern-day world.”

The Oriental—one of Asia’s oldest and most lavish hotels—opened on the banks of Bangkok’s Chao Phraya River almost 130 years ago. Over its storied history, the property has passed through the hands of such prominent owners as Louis Thomas Leonowens (son of Anna Leonowens, the subject of Anna and the King of Siam) and silk tycoon Jim Thompson. The Oriental has inspired novelists including Somerset Maugham and James Michener, who retreated there to write, hosted royals and other dignitaries, and shielded countless celebrities behind its gilded walls.

The hotel’s spa is located just across the river from the hotel, in a restored, century-old, Thai-style house. Guests ride by boat to the property, which is planted with fruit trees and gardens. In the spa’s 14 suites (there are no treatment rooms), guests receive treatments that incorporate local ingredients—herbs and flowers from northern Thailand and the high hills of Myanmar—and are performed in nearly total silence. “Our therapists have none of the Western disease of wasting time,” says Wachtveitl. “They do not discuss, in detail, ‘where it hurts.’ In fact, they speak very little—their hands and fingers instinctively do the talking. My office is above the spa, and I often see spa-goers returning by boat to the hotel, smelling the scents on their skin, staring at the water absentmindedly like they are on another planet.”

When the Oriental Spa debuted in 1993, it broke new ground in the spa realm. “Asia—the world, really—had never seen such a spa,” says Ingo Schweder, group director of spas for the Mandarin Oriental Hotel Group, formed in 1985 when the Oriental Bangkok merged with the Hong Kong-based Mandarin hotel group. “At the time, most people in Asia didn’t even know what a spa was. They had massage in their homes of course, but there was nothing on this scale of detail and luxury. The Oriental Spa really set the standard, raised the bar.”

Since its inception, the Oriental has influenced the way spas throughout the world operate. Nearly all of the premier spas in Asia—from the Banyan Tree spas to Shangri-La’s new Chi spas—took their cues from the Oriental’s formula, which employs top-notch therapists, a Zen-like ambience, and a proprietary spa product line. The Oriental also has served as a model for the spas within the Mandarin chain, though an effort is made to tailor each spa to its surroundings. “Every Mandarin Oriental spa is different—its creativity and uniqueness are conducive to location and culture,” says Schweder. “There is no cookie-cutter format.”

In Bermuda, for example, treatments at the new Mandarin Oriental Spa at Elbow Beach incorporate pure Bermuda honey, pink mud, and fresh aloe that grows wild on the island. The Maya spa, scheduled to open this summer in Mexico, will draw upon ancient healing traditions and customs unique to the Yucatán. “If I’ve learned anything, it’s that you have to do things your way, create an atmosphere that reflects the city in which you live,” says Wachtveitl. “For travelers to come to Bangkok from London or New York and find a spa manager from Liverpool and spa products from Manchester doesn’t make sense. Guests come here for a spiritual experience—for the mystique of the East.”

Hong Kong: The Oriental Spa in Mandarin Oriental’s newest Hong Kong property, the Landmark, encompasses two floors of the hotel and houses the largest Pilates and yoga center in Asia; an extensive water and heat circuit, including a traditional hammam for men and rhassoul for women; and quite possibly the continent’s most comprehensive spa menu. The spa’s Elements Taste of Tradition treatment references ancient rituals drawn from the Orient, the Mediterranean, India, and Arabia.

London: The windowless, cavelike Spa at Mandarin Oriental Hyde Park London offers harried Londoners a chance to escape the misty city streets and decompress with two-hour-plus Time Rituals (involving foot soaks, scrubs, and massage) and a dip in the dark vitality pool that is reminiscent of an underground spring. The Zen relaxation room is outfitted with color therapy lights intended to restore a sense of overall well-being. The relaxing effect reinforces a feeling of disconnect with the outside world.