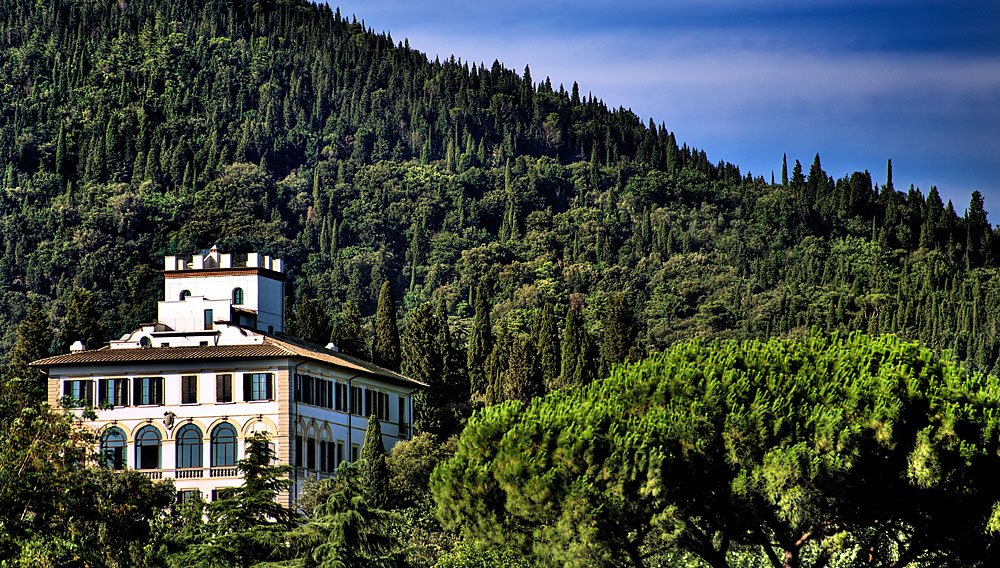 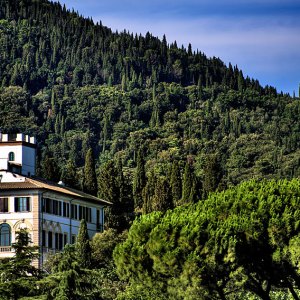 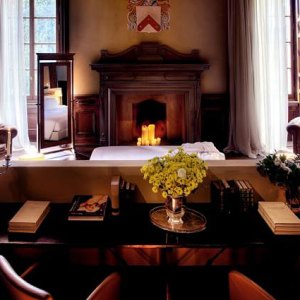 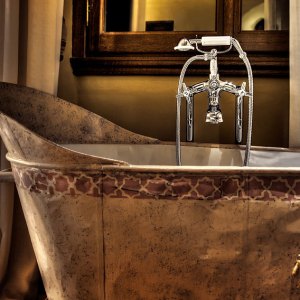 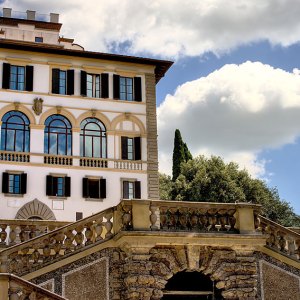 From among the cypress trees in the hills of Fiesole, Il Salviatino peeks out onto the Florentine skyline. This former aristocratic estate opened as a hotel following a nearly $60 million reinvention that touched every tile, fresco, and furnishing in the property’s 15th-century villa. Located three miles from the heart of Florence, Il Salviatino has been a gathering place for the city’s elite since the Salviati family owned the estate in the 16th century. The hotel carries on that residential legacy with marble fireplaces in the suites and custom-made porcelain in the dining room, reflections of an attention to detail that Marcello Pigozzo hopes will become a signature of his nascent company. Architect Luciano Colombo, one of Pigozzo’s partners in the venture, handpicked all the furnishings and artworks. The collaborators hired local artisans to restore a once-hidden 18th-century frescoed ceiling, which now crowns Il Salviatino’s Affresco Suite. Accommodations Sixty-one rooms and suites. Dining Authentic Tuscan cuisine is served in each of the hotel’s three restaurants. Facilities Award-winning Devarana Spa and three outdoor pools. Rates Rooms from about $675 and suites from $965 per night.