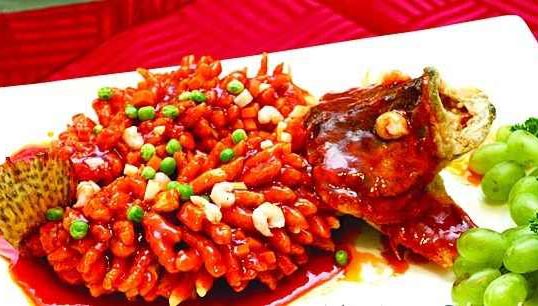 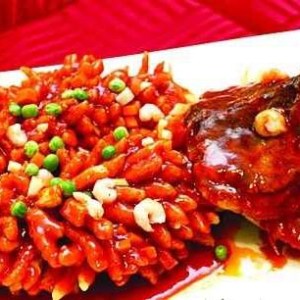 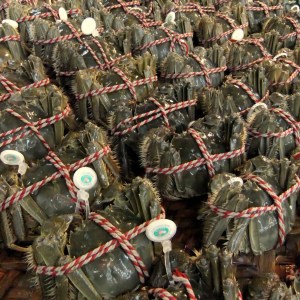 Known as the “land of milk and honey,” Suzhou’s attractions expand beyond its scenic gardens and landscapes to include a paradise of gourmet dishes and culinary experiences. As one of the eight famous culinary art forms in China, “Su cuisine” is derived from local time-honored culinary skills and obtains its unique sweet flavor from a strict selection of local and seasonal ingredients.

From now until December, food connoisseurs can take a bite into a Suzhou delicacy known as “Hairy Crab,” renowned for its hirsute claws, succulent meat and bright orange roe. While the meat is notably hard to get to, loyalists swear by the roe, which is sweater and creamier than other types. Male crabs (which have more meat) are best early in the season, while females (which have roe) are best saved for later in the season. The best preparation for hairy crab is a simple steaming, which showcases its freshness. Customers can eat with added relief of having an authentic hairy crab, which will come with a tag bearing a serial number, or by knowing their hairy crab came from Suzhou’s Taihu or Yangcheng Lakes, which home to the best within the region.

Most famous for its vegetable and fish dishes, Suzhou cuisine emphasizes freshwater fish, especially eel and carp. A signature dish that has been around for more than 200 years is “Mandarin Fish.” The name is derived from the dish’s resemblance to a squirrel, which when cooked the meat is made to protrude outwards like the fur due to its lack of bones and soft meet. The fish is deep fried, and a sweet and sour sauce is poured on top to further enhance the flavor. Regarded as the traditional dish to celebrate family occasions, holidays and banquets, the festive presentation of this main course sets the tone for celebratory gatherings.

Visitors and residents alike use their chopsticks at a variety of restaurants throughout Suzhou to indulge in traditional dishes including steamed white fish, water shield with egg flakes, fengzhen noodles, aozao noodles and more. Notable venues include Song He Lou Restaurant, a traditional restaurant with more than 200 years of history and reputed to be one of the oldest restaurants in China, offering two locations, one on historic Shanlang Street and one just off busy Guanqian Jie Street. Mandarin fish and braised bean curd with crabmeat and shelled fresh shrimps are two of the most popular choices. At De Yue Lou Restaurant, also on Guanqian Jie Street, dishes are made exclusively with ingredients from the nearby Taihu Lake region, including de-shelled shrimps fried with green tea leaves, steamed pork slices with glutinous rice flour and jujube paste drawn cakes.

For culinary indulgences in a causal setting, street food including dumplings, a variety of steamed and fried meats, rice cakes and famous stinky tofu can be enjoyed on some of  Suzhou’s historic locations such as Pingjiang Road or Guanqian Jie Street. Sweats such as fried dumplings, mooncakes and Suzhou-style candy “Caishizhai,” which are ideal snacks between meals, can be found on these streets as well.

The following hotel specials will a enhance a culinary visit to Suzhou by guiding travelers’ taste buds:

•    Wang Hu Ge Room Package at The Kempinski Hotel Suzhou – Travelers can enjoy authentic Chinese cuisine in a relaxed atmosphere at Wang Hu Ge, the hotel’s on-site Chinse restaurant, where  the finest hairy crab is prepared according to preference. The crustaceans come locally from  Yangcheng Lake for the season.

o    One night stay in a spacious guest room for two people.

Package starts at $203 (CNY 1288) per night for double occupancy. Visit kempinski.com/suzhou to book. Offer is valid until December 31, 2015 and subject to a 15% service charge.

•    Hairy Crab Package at The Tonino Lamborghini Boutique Hotel Suzhou – Tourists can indulge in the delicious hairy crab fresh from Yangcheng Lake at the hotel’s French fusion restaurant, Danny’s Kitchen. During the stay, this luxury retreat offers a private Suzhou-style garden along with sweeping views of Jinji Lake for the ultimate in relaxation and peace.

o    One night stay in a Classic Room for two people.

o    One pair of steamed hairy crabs from Yangcheng Lake at Danny’s Kitchen for each guest.

o    Complimentary amenities including daily semi-buffet breakfast for two, use of the fitness center and swimming pool, Wi-Fi and parking.

Package starts at $219 (CNY 1388) per night for double occupancy. Visit www.tlhotelsgroup.com/exclusives-en.html to book. Offer is valid until November 30, 2015.