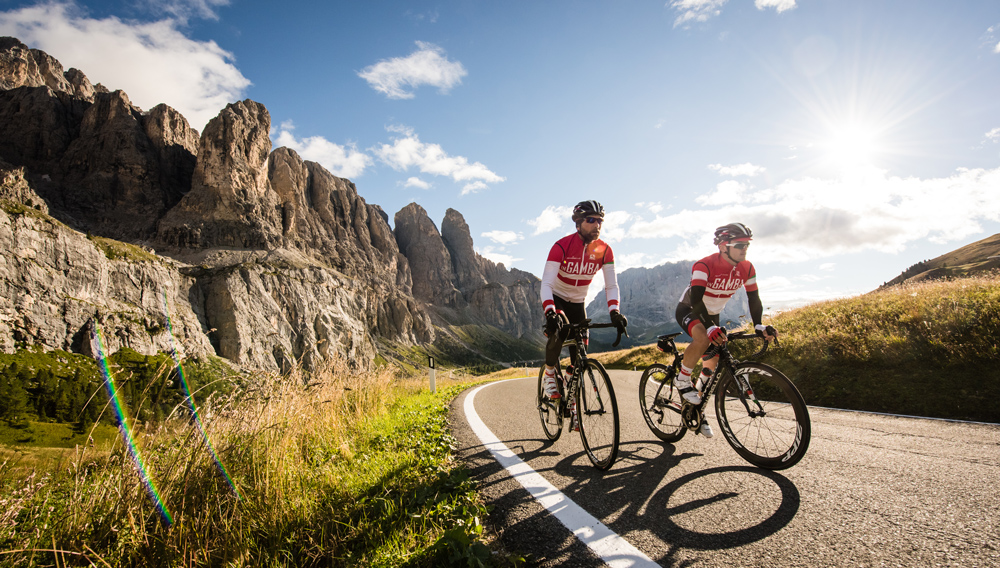 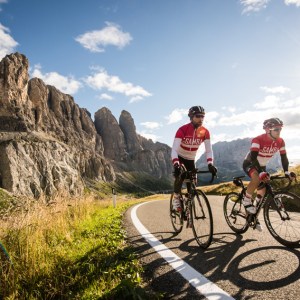 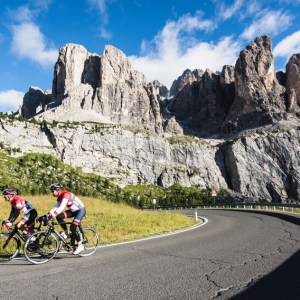 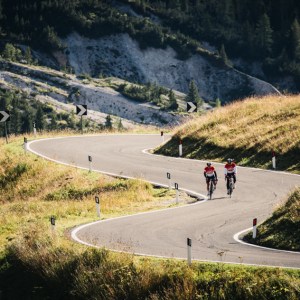 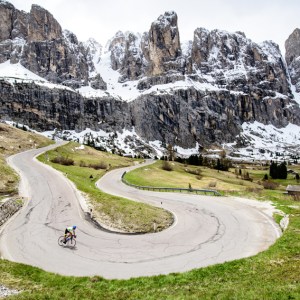 The rocky cliffs of northern Italy’s Dolomites are a cycling fanatic’s dream, with challenging passes, steep inclines, and jaw-dropping views from every angle. Adventurers looking to cross the destination off their bucket lists this summer can find a luxurious home base at Hotel La Perla, a 52-room retreat in the mountainside village of Corvara that has partnered with the cycling outfitter inGamba Tours.

For the experience, which will be available beginning in June 2015, inGamba will offer handmade Pinarello racing bikes for guided rides that will take guests through some of the Dolomites’ most famously challenging passes, including the Sella, the Furcia, and the Val di Funes. Along the way, riders will encounter towering peaks, charming villages, and verdant pastures, as well as ruins dating to World War I. In July, guests can also participate in the Maratona dles Dolomites (as a separate package), one of the largest Italian granfondo races, attended by roughly 9,000 riders from more than 40 countries.

Upon returning to La Perla, athletes can relax in the hotel’s new Dogma Pinarello Passionate Lounge, which features an exhibition of famous bicycles once owned by such champion riders as Bradley Wiggins (winner of the 2012 Tour de France) and Giovanni Pinarello (founder of the legendary racing brand). Postrace diversions also include the Michelin-starred restaurant La Stüa de Michil, a 30,000-bottle wine cellar, and an expansive spa with an indoor swimming pool and grotto. (hotel-laperla.it; ingamba.pro)