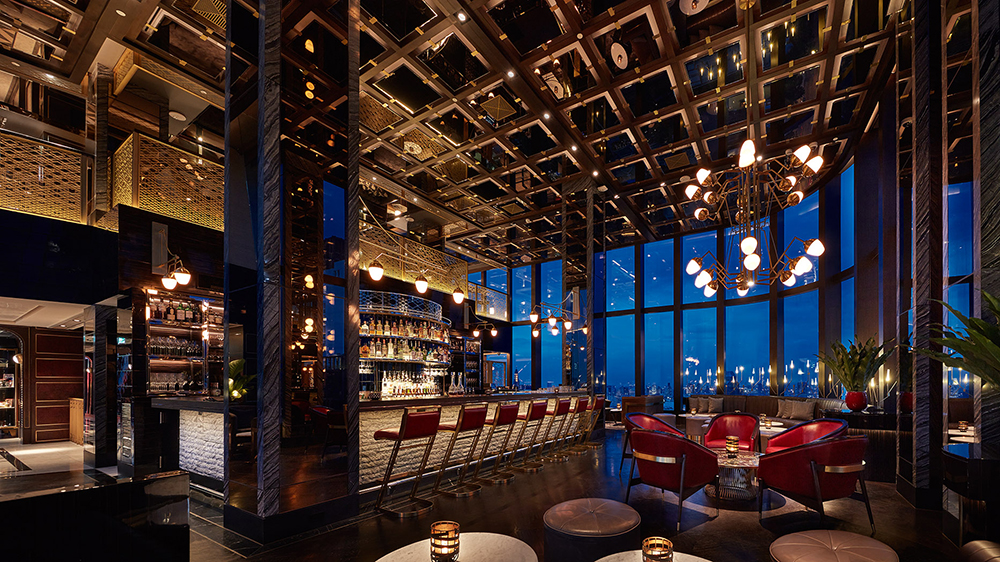 In a city as buzzy as Bangkok, where Michelin-starred restaurants and must-try bars seemingly open overnight, keeping track of all of the developments is a full time job. And that’s exactly what Oliver Irvine, the Managing Editor of the online city-focused publication BK Magazine, does. A British expat and ten-year resident of the city, Irvine is an expert at documenting the trends and vetting the best, curating a savvy guide to the Thai capital that goes far beyond obvious choices and tourist traps.

Read on for his insider’s take on what’s hot in Bangkok.

What’s changed in Bangkok since you first visited?

A lot is still the same, actually, but the biggest change is probably that before, if you wanted to eat in a nice restaurant, you had to go to a hotel.  Now there are a lot of really good, independent restaurants in Bangkok run by both Thais and foreigners—and we’ve got Michelin now.

Do you think all of the Michelin attention has been a positive for the city?

I think it’s great for the city. That, and the fact that the World’s 50 Best Restaurants held its awards here two or three years in a row, and that Gaggan has been the number one restaurant in Asia for the last three years. It’s really changed people’s perception of what dining is in Bangkok: its shifted the perception of Bangkok as a third world city. When you’ve got these kind of restaurants, people understand that the city is a destination for fine dining as well as street food.

Did you agree with the restaurants Michelin awarded stars to?

When the guide was announced, I thought some had credibility but others were kind of strange. Michelin knows what generates headlines is giving a star to street food, so Jay Fai got one. There was always a queue—and now, forget it, you can’t get in. The food is great, but I don’t think anything is worth waiting six hours.  And leaving out Le Du from stars [it was awarded Michelin plate instead] was the shock of the guide.

Apart from the ratings, which restaurants are interesting to you right now?

I’m really into 80/20 (+.66.99.118.220). The young chefs there are doing creative, amazing food. The flavor profiles are Thai but the presentation is non-Thai. Saawaan, which is a stunning space with traditional flavors taken to the next level, and 100 Mahaseth is are also fantastic. [The latter serves] straight Issan, or Northeast Thai, food. It’s not trying to reinvent anything, but is done really well, served in a trendy, hip atmosphere.

What’s the most interesting part of town to visit for restaurants?

I’d say Chinatown and the Old Town, which until four years ago were neighborhoods just known as a tourist site for the temples and the Grand Palace. The area doesn’t have skyscrapers or a mass transit infrastructure, but it does have traditional shophouses that beginning to welcome new businesses—the kind of people who would have previously only opened restaurants or shops in the central business district. Those neighborhoods are where the young, creative energy of the city is focused right now, sort of like New York’s Lower East Side or London’s Shoreditch.

The bar scene is also exploding here. When did that growth start?

It really started in 2013, that’s the first time someone said to me “that cocktail will be 450 baht ($14),” and I said “What?!”  That’s standard now. Bangkok is very susceptible to international trends and there was a raft of subway tile, hipster bars happening then in other places. If it’s happening in Brooklyn,  within 6 months it’s happening in Bangkok.

What are your favorite bars at the moment?

Right now, I like Q&A. They succeed where others fail at creating that small environment. Bamboo Bar at the Mandarin Oriental is fantastic, too. They gave it an overhaul three years ago and turned it from being a cheesy hotel bar to one that runs with the best hotel bars in the world. It’s hard to find skybars that I would recommend, but the Park Hyatt’s Penthouse is great. And Hailiang (+66.2.662.1576), it’s a whiskey bar run by a guy from Osaka, you sit at the counter, the place doesn’t look amazing but the whiskeys are—he’s got everything.