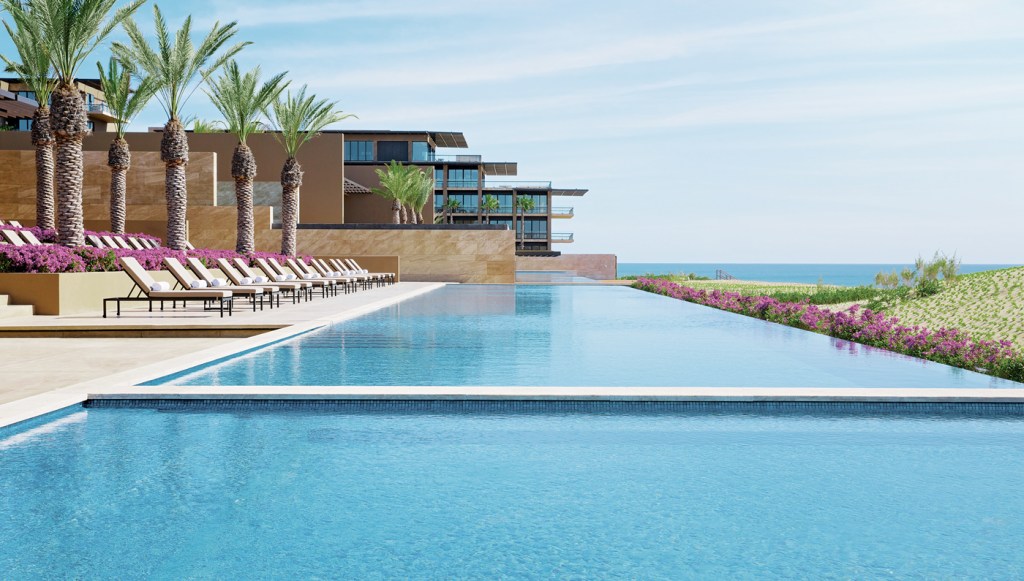 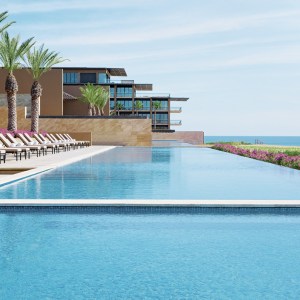 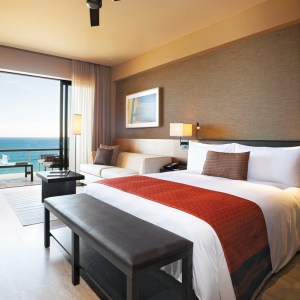 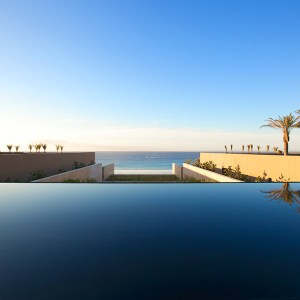 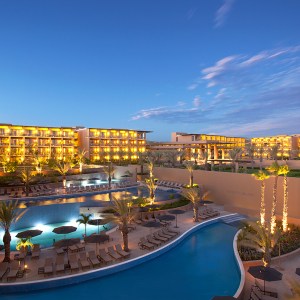 With more than a half dozen pools, seven restaurants and bars, and nearly 300 guest rooms, the JW Marriott Los Cabos Beach Resort & Spa could easily have drowned in a flood of outsize ambition. But the 561,000-square-foot property—which opened in November just north of the Baja Peninsula’s famed resort corridor—is surprisingly subdued, immersing guests in Los Cabos’ natural landscapes at every turn. Designed by Jim Olson, principal architect of the Seattle-based firm Olson Kundig, the sleek retreat of wood, stone, and glass artfully frames the surrounding sand, sky, and Sea of Cortez. The 45-room Griffin Club—the JW’s boutique resort within a resort—ups the level of intimacy with butler service and a private pool and beach area.