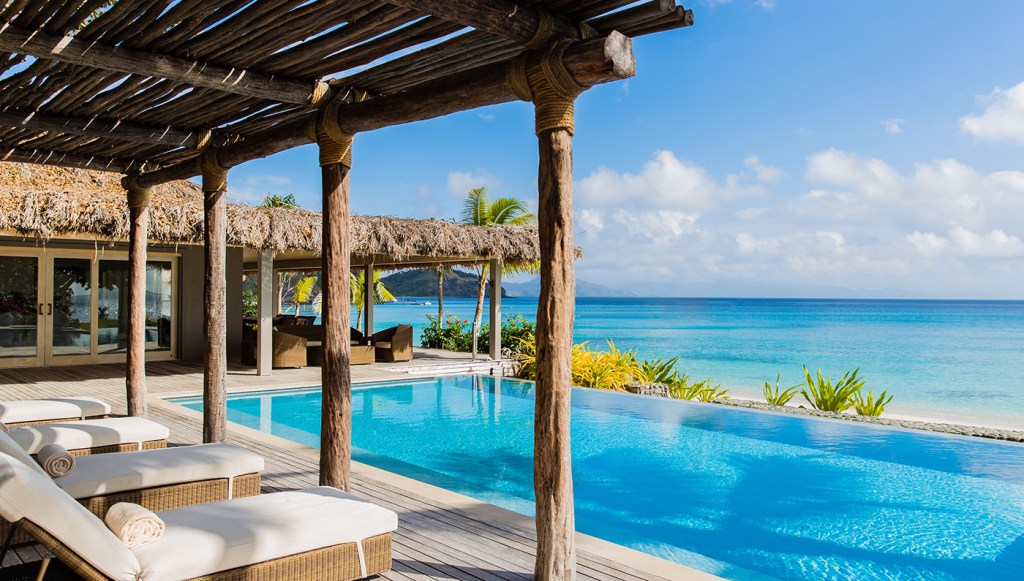 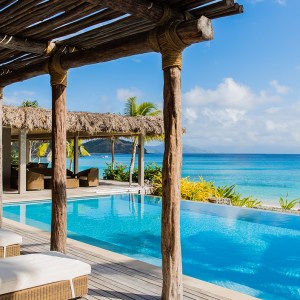 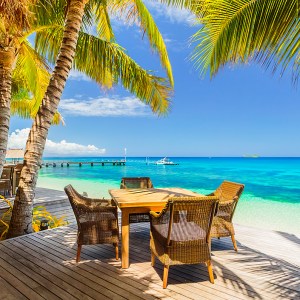 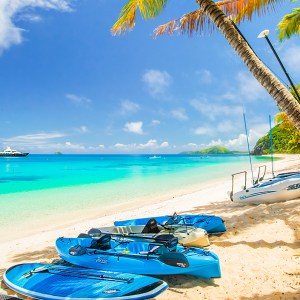 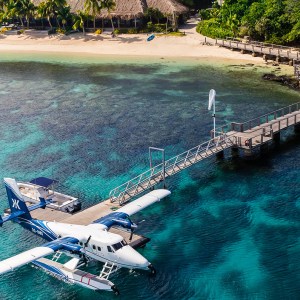 It was 2013 when Lang Walker got a phone call about a private island for sale. The Australian billionaire and developer—an avid sailor and diver who has spent 40 years adventuring among the picturesque waters of Australasia—was tempted by promises of the most beautiful beaches in the world. When Walker arrived in Fiji, he discovered a pristine isle that would, four years later, become the spectacular new Kokomo Private Island Fiji.

Opened in April, Kokomo is Walker’s dream realized. He fondly dubbed the resort not for the famous Beach Boys song of the same name, but after his first sailing dinghy. The Great Astrolabe Reef surrounds his island, which is located in one of Fiji’s least developed areas. Billfish, tuna, giant trevally, and manta ray are regulars around the barrier reef. Humpback whales swim by seasonally. Appropriately, Kokomo is a PADI five-star dive resort, outfitted for water play of all sorts, from stand-up paddleboarding and outer-reef surfing to deep-sea fishing and laser sailing.

Accessed only via private Twin Otter seaplane or helicopter, the 140-acre island features five hilltop residences ranging in size from three to six bedrooms, a beachfront residence with six bedrooms, and 21 beachfront villas, with one to three bedrooms. The Sydney-based designer Philip Garner was so taken by Kokomo’s beauty that he kept interiors bright and neutral, so as not to compete with the ocean and rainforest views. Abstract artworks in each room are the result of a nine-month commission by one of Walker’s favorite artists, Christopher Kenyon. Meals can be taken in-villa, or guests can dine at three restaurants. There is also a spa featuring therapies that draw from Fiji’s natural elements. For the traveler in search of absolute privacy, Kokomo is available for exclusive-use buyouts as well, for $100,000 per night. (kokomoislandfiji.com)