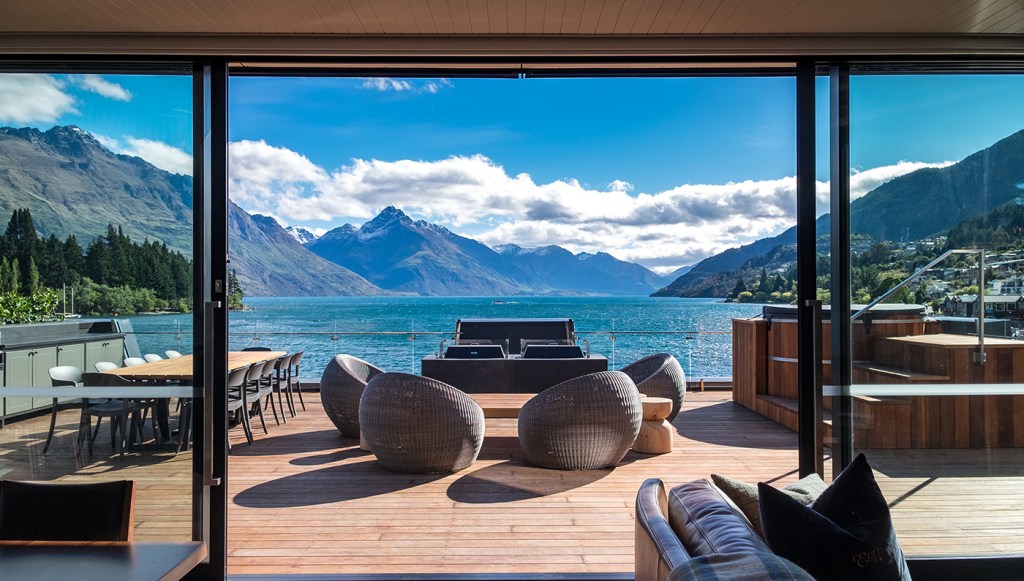 Since New Zealand’s mid-1800s gold rush, the quaint neo-classical façade of Eichardt’s Private Hotel has been a fixture of Queentown’s downtown waterfront. The white lodge stands out not for its size—the main building holds just five of the hotel’s 10 total rooms—but for its historic architecture. Last October, however, the iconic property added an eye-catching new wing with its modern Eichardt’s Building, the crown jewel of which is the $10,000-per-night the Penthouse by Eichardt’s.

Bringing the high-end luxury of New Zealand’s famous “superlodges” to charming Queenstown, the 2,580-square-foot suite is no doubt the South Island’s most upscale accommodation, featuring two bedrooms, a gourmet kitchen, an outdoor kitchen, and a marble bathroom with a sauna. Ready to fulfill your every demand is a dedicated team, including a butler, a chef, and a driver (whose Land Rover is at your disposal day and night). But the amenity that makes the Penthouse by Eichardt’s truly worth its five-figure nightly rate is its sprawling terrace—the largest in Queenstown—with views that stretch across Lake Wakatipu all the way to the picturesque mountains of distant Fiordland National Park.

Should guests choose to leave their breathtaking panoramas, they can enjoy plenty of perks farther afield, including an after-hours shopping experience at the Louis Vuitton boutique located in the Eichardt’s Building’s ground floor. When they do return to their spectacular suite, they’ll find a bubbling hot tub with a bit of bubbly on the side—all with views that seem to never end. (eichardts.com)