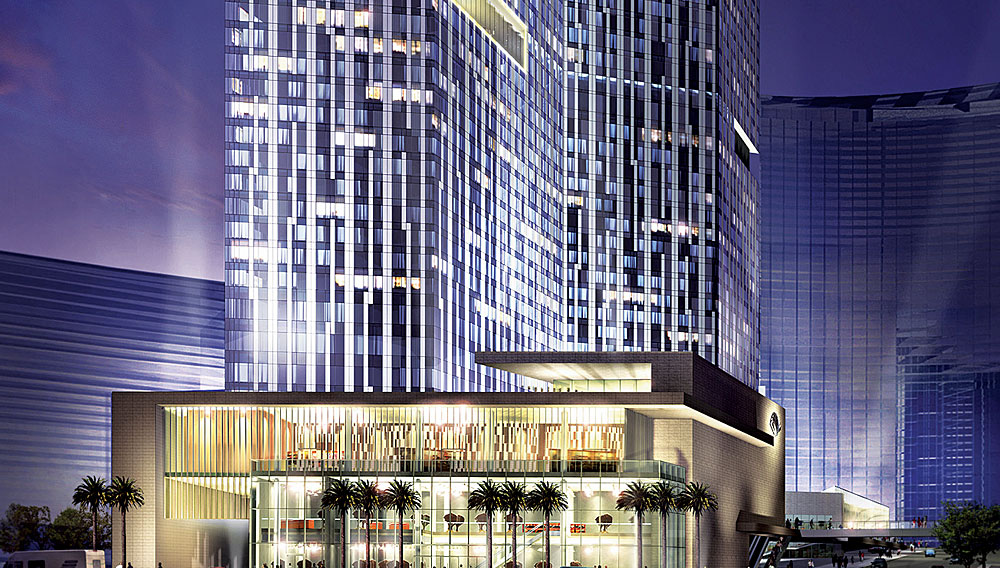 Nearly every new development in Las Vegas has a theme, but there is nothing contrived about CityCenter. If anything, this ambitious and highly anticipated project is simply intended as a modern city.

The property—a 67-acre collection of glass-and-steel structures sandwiched between the Bellagio and Monte Carlo hotels—opened in stages from late 2009 through 2010. The 392-room Mandarin Oriental, Las Vegas, debuted at CityCenter on December 4, followed less than two weeks later by the Aria resort and casino. Condo towers, a Cirque du Soleil theater, restaurants by international celebrity chefs, additional hotels, an art collection, and a shopping mall with high-end boutiques will also be part of the development.

Mandarin Oriental’s 47-story building overlooks the jagged metallic exterior of the CityCenter mall, called Crystals, as well as the leaning towers of the Veer condo development. Aria’s crescent-shaped skyscrapers—which contain 4,004 guest rooms, including several Sky Villa penthouses as large as 7,000 square feet—sit at the heart of this city-within-a-city.