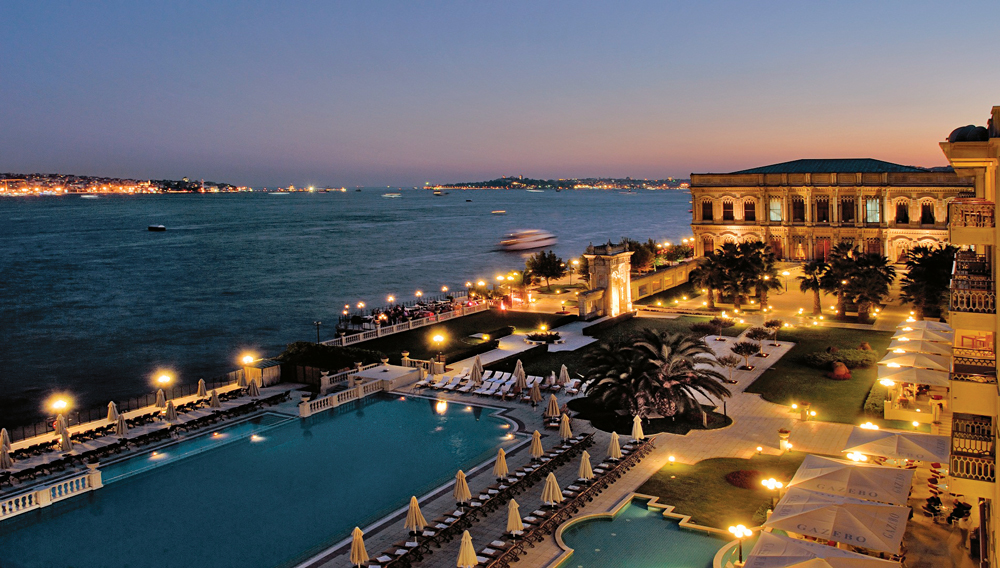 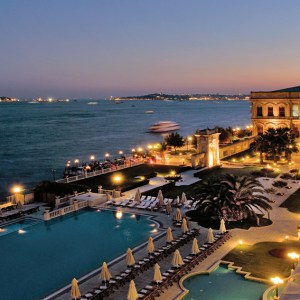 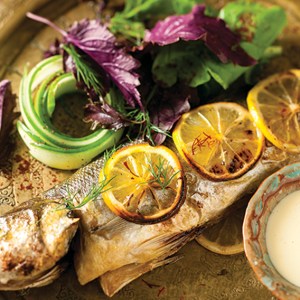 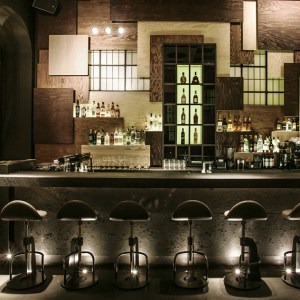 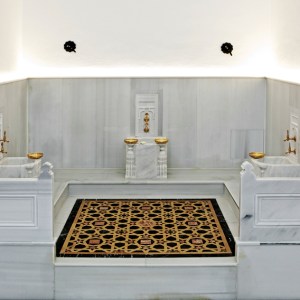 “All roads lead to Rome” is the well-known phrase, but the ancient truth was that all roads led to Istanbul, the erstwhile Byzantium, renamed Constantinople. The city’s location is part of what makes it so fascinating: With its site on the Bosporus, the strait between the Black Sea and the Sea of Marmara, Istanbul bridges Europe and Asia and is a crossroads for cultures and languages. A case in point is the Hagia Sophia, which was built as a Greek Orthodox basilica in 537, was converted to a mosque in 1453, and then in 1935 became a museum—one of the most-visited museums in the world. When Mustafa Kemal Atatürk’s secular, modern policies brought the country into the community of nations after World War I ended the Ottoman Empire, Istanbul continued as a capital of culture and tolerance, a dazzling array of the Byzantine contrasting with the modern that makes the city ever more cosmopolitan.

At this local favorite restaurant in the Edirnekapı neighborhood, a “food archaeologist” guides the kitchen staff to produce historically accurate—and utterly delicious—versions of traditional Ottoman dishes, which are rich in tastes, often slow-cooked for depth of flavor, and imaginative in their ingredient combinations, just as when they were devised and prepared for the sultans. Among Asitane’s specialties are almond soup with pomegranate seeds, roasted sea bass with saffron and rosewater dressing, and lamb stew with apricots and raisins. +90.212.635.7997, asitanerestaurant.com

This firm, founded in 2003, has a reach that extends far beyond Istanbul. From furniture and lighting to hotels and residences, Autoban’s imprint is modern and sophisticated. For Gaspar, which opened two years ago in the Karaköy district, the design team turned a century-old printing house into a nightclub and eatery made unexpectedly chic by the humble wood panels that adorn the ceilings and walls. +90.212.243.8641, +90.212.236.9246 (gallery), autoban212.com

A not-to-be-missed Turkish delight is spending a few hours at a hammam. Among Istanbul’s most luxurious are these baths near the Hagia Sophia and the Blue Mosque, which were built in 1556, closed in 1910, and reopened in 2011 after a three-year restoration that brought in about 14,000 square feet of Marmara marble. Expect gold-plated bath bowls, pestemals (bath towels) of a silk/cotton blend, and a succession of rooms: cold, warm, and hot. +90.212.517.35.35, ayasofyahamami.com

Turkey’s first private modern art museum opened in 2004, and it kick-started a renewal of the now-hip Karaköy district and initiated a national conversation about contemporary Turkish art and Istanbul’s continuing vibrancy in the modern age. Its permanent collection includes wide-ranging works by Turkish artists and photographers such as Taner Ceylan, Bedri Baykam, and Sabri Berkel. Also on view, from the terrace of the café, are the Bosporus and the old city beyond. +90.212.334.7300, istanbulmodern.org

The new Raffles Istanbul opened in September at the Zorlu Center, a four-tower hilltop complex of retail, office, residential, and performing-arts spaces. The hotel’s sleek and lavish interior areas are decorated with silks and an impressive collection of Turkish and international works of art, beginning with the lobby’s massive bronze Lavinia, a tribute to an Özdemir Asaf poem. The 32,000-square-foot spa features three hammams and a sunlit indoor pool, but for a different indulgence, 29 types of Champagne and the brand’s signature Singapore Sling are available at the lively Long Bar or the clubby Writers Bar. 800.723.3537, raffles.com

Memet Güreli apprenticed with a rug merchant in one of the 4,000 shops that make up the Grand Bazaar and then founded his own rug business in 1989. But at the cutting edge of the patchwork trend, he rebranded and launched Dhoku, which offers seven lines that include new handwoven contemporary patterns. He also sources antique carpets and recycles them by piecing together richly colored or faded weaves into updated floor coverings. +90.212.527.6841, dhoku.com

This Ottoman palace turned five-star hotel dominates a stretch of waterfront on the European side of the Bosporus, and was one of the locales for the 2012 James Bond film Skyfall. Here, opulence reigns in the large public spaces and the 313 accommodations, exemplified by the 4,047-square-foot Sultan Suite, one of the largest (and priciest) in Europe. Turkish bath rituals and ayurvedic treatments are available in the spa, while six dining and bar venues include Tu gra, for authentic Ottoman dishes like spring lamb slow-cooked in a clay pot. +90.212.326.4646, kempinski.com

In an atelier near the Grand Bazaar, Bıçakçı and his team create jewelry that is more like architecture, inspired by a mythical vision of Istanbul’s past and present. He carves cityscapes of minarets, or other scenes and figures, into the undersides of colored gems and employs enamel, pavé diamonds, and miniature tesserae mosaics—sometimes all in one piece. His elaborate Byzantine- and Ottoman-style designs may not be for everyone, but they are unmistakably Turkish, which is his intent. His work is sold at Bıçakçı stores in Istanbul and Dubai, as well as at Barneys New York. +90.212.520.4516, sevanbicakci.com

If the country’s southwest coast is the Turkish Riviera, Bodrum is the area’s Saint-Tropez. The historic town is just an 80-minute flight from Istanbul, making it a sought-after locale for the city’s second-home seekers. The achingly picturesque jewel on the Aegean Sea—a landscape in sapphire and white—contains a host of historical sites including the Mausoleum at Halicarnassus (one of the Seven Wonders of the Ancient World) and the medieval Bodrum Castle, with its Museum of Underwater Archaeology. An important port since ancient times, Bodrum now thrives as a stylish yachting destination.

A family of Turkish entrepreneurs and art collectors converted their vacation house into this art-themed boutique hotel in 2007. The family’s collection includes more than 200 paintings from Turkish artists, placed throughout the residence’s 12 suites, and art in the common areas revolves yearly. Sited on a tranquil piece of coastline, the Casa provides a private pool, beach, and jetty, as well as two gulet sailing yachts. Guests can also opt to stay in an adjacent private villa or at the Casa dell’Arte family resort next door, if children are in tow. +90.252.367.1848, casadellartebodrum.com

Bodrum has supported a yacht-building industry since ancient times, when large-hulled wooden sailing ships transported goods and warriors between Mediterranean harbors. A Bodrum signature craft today is the gulet, a wooden schooner that features wide-open decks and often sumptuous cabins. Some of the larger enterprises are Ağanlar, Aegean Yacht, and Cobra Yacht, but for many of the profession’s local practitioners, their “boat-yard” is just that: a boat built in the yard. aganlar.com, aegeanyacht.com, cobrayacht.com

“This style is 500 years old and reflects 5,000 years of culture,” says Tahir Toker, one of the architects of this commune of 27 houses, a workshop, and a café. The style he refers to is quintessential Bodrum: traditional designs and building methods used for the homes clustered on narrow stone streets and shaded by high stone walls; materials like andesite rock, wood for the colorful carved doors, and tiles for the roofs and mosaics decorating exteriors; cisterns to store well water; and masses of flowers with oak trees interspersed. A number of homes remain for sale. +90.532.324.5746, yarbasanevleri.com