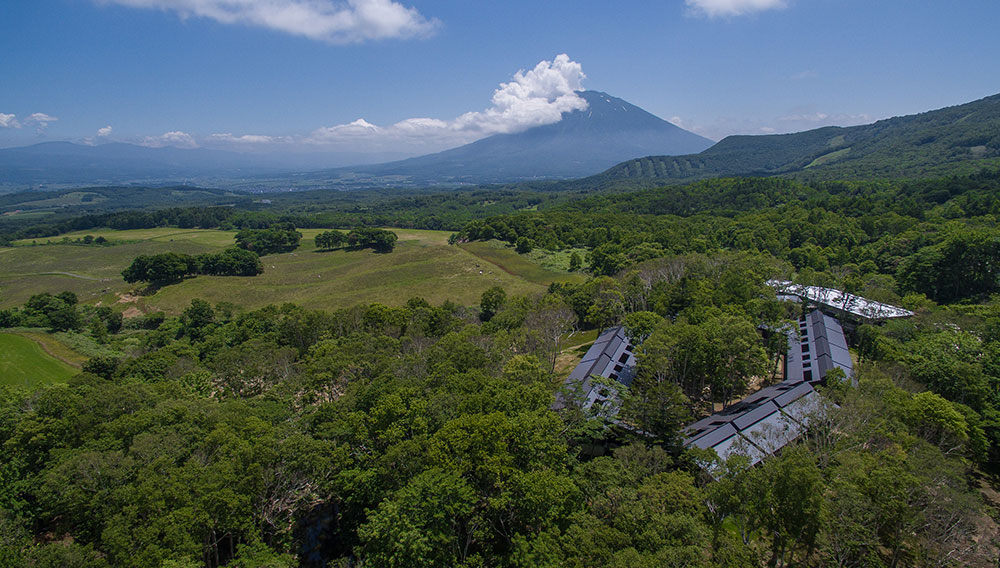 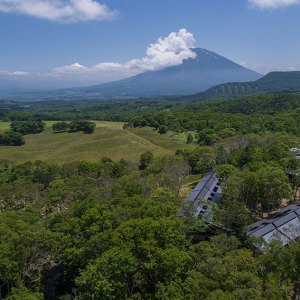 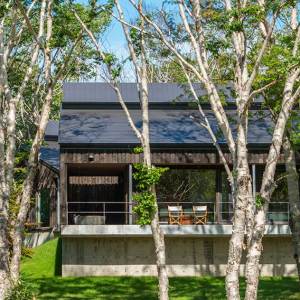 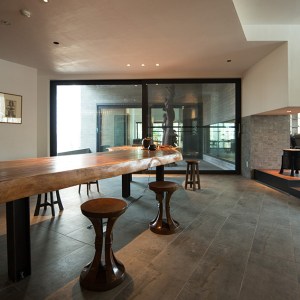 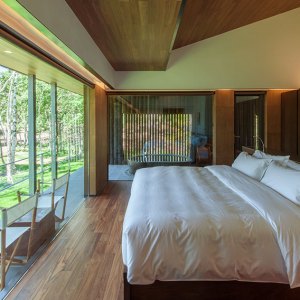 In a nation riddled with upscale ryokans (inns), Zaborin is a rare property, setting itself apart by combining traditional Japanese omotenashi—the hospitality for which the country is famous—with a 21st-century approach to architecture, interior design, spaciousness, and fine dining. Open since mid-June, Zaborin (which means “to sit and forget in the woods”) can be found on a narrow two-lane road between the town of Kutchan and the ski resort of Niseko. However, unlike those crowded destinations, Zaborin offers guests exclusivity and tranquility.

Designed by the renowned Japanese architect Makoto Nakayama, the building calls to mind the work of Yoshio Taniguchi, known for creating the Museum of Modern Art (MoMA) in New York City, and of Frank Lloyd Wright. Its walls are floor-to-ceiling glass, offering guests spectacular views of Mount Yotei, Hokkaido’s “Fuji,” as well as rolling pastures.

Once inside, the property shows the same reverence for open space. “It’s meant to create a mood,” says Shouya Grigg, the property’s creative director and interior designer. “I worked in cinema and, while these aren’t stage sets, it can feel like being in a movie.”

Common areas include a bar with a 36-foot counter carved from a single Indonesian tree, a library, and a tearoom. Private kaiseki dinners ($500 per couple), prepared by Hokkaido chef Yoshihiro Seno, center around locally sourced vegetables, fish, and shellfish.

Each of the inn’s 15 guest villas has its own private indoor and outdoor onsen (sunken bath) fed by water from a hot spring that runs through the grounds. Prices range from approximately $600 to $700 and include breakfast. (zaborin.com)