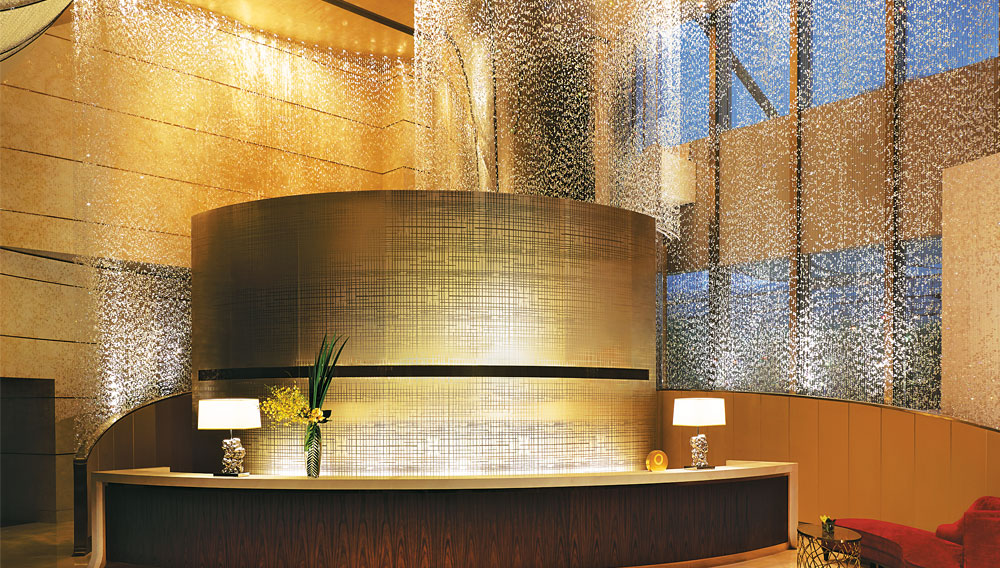 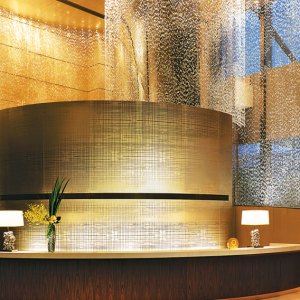 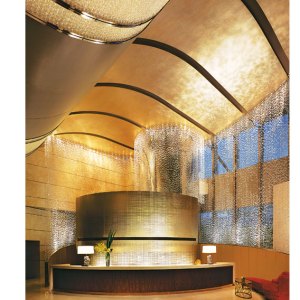 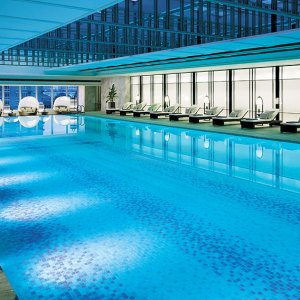 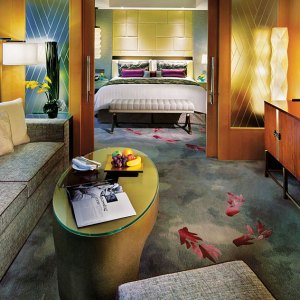 Rising 60 glass-enclosed stories above Shanghai’s Nanjing Road, the new Jing An Shangri-La, West Shanghai, sits in a sea of soaring skyscrapers and supersized shopping malls. But the hotel—the Shangri-La group’s third in Shanghai—stands out in the hypermodern Chinese city for its emphasis on tradition rather than trend.

Opened in June, the Shangri-La occupies the top 29 floors of the newly built Jing An Kerry Centre. A dramatic canopy of crystal chandeliers awaits guests in the lobby, where floor-to-ceiling windows afford views of the bustling shopping district. The ambience is more subdued in the 508 guest rooms, which feature rosewood paneling, dark wood furnishings, and white marble bathrooms speckled with glass mosaics.

On display throughout the hotel is a collection of more than 200 contemporary artworks depicting traditional Chinese scenes. Cultural excursions include visits to the pagoda-styled courtyard of the Jing’an Temple, just a few blocks away. Even closer to the hotel is a century-old former residence of Mao Zedong, which is located on the Shangri-La’s grounds and will soon be converted into a museum. Jing An Shangri-La, West Shanghai, +86.21.2203. 8888, www.shangri-la.com