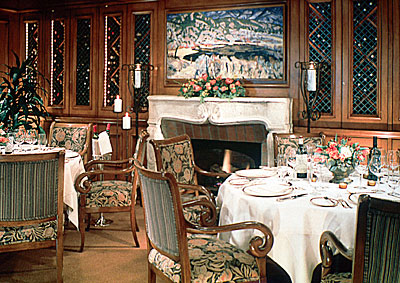 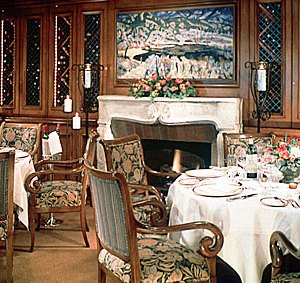 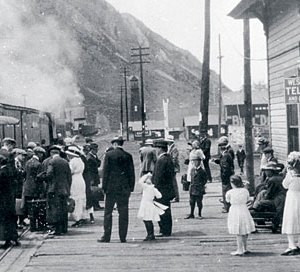 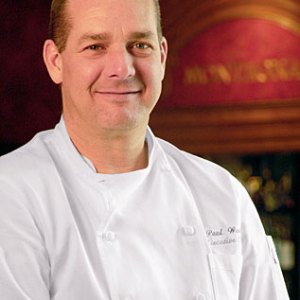 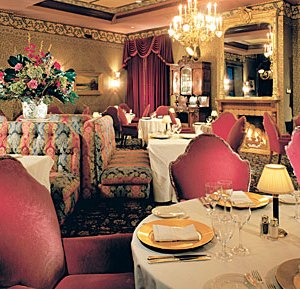 The salt-encrusted sea bass arrives at our table with head and tail intact, sizzling amid a spectrum of tomato confit, French green beans, black risotto, and preserved lemon slices. Accented by flavors of sweet tomatoes, citrus, and brine, the entrée punctuates another decadent meal in Aspen, this one prepared by the Little Nell hotel’s Paul Wade. Dining in this mountain utopia, however, has not always been such an epicurean experience.

Not so long ago, fine dining in Aspen meant cheeseburgers at Planet Hollywood. But in the last decade, the resort town has undergone a gastronomic transformation, as has Wade, one of its leading chefs. A self-described “product of the ’80s,” Wade confesses that he, like most others in his industry during that more-is-more decade, “went crazy adulterating great ingredients in as many forms as possible and then calling it ‘fusion.’ ” The 42-year-old, who helms the kitchen at Little Nell’s Montagna restaurant, reformed after a culinary epiphany at Napa Valley’s Mustards Grill. Under the tutelage of American-bistro pioneer Cindy Pawlcyn, Wade learned to cook fast, clean, and, most important, simple fare.

Drawing from his experiences in Northern California and other locations (including Hawaii and the West Indies), Wade now prepares contemporary American cuisine, a term that, he acknowledges, is well worn. “But it really embodies what we do here,” he contends. “Contemporary American is whatever is fresh, whatever is current, whatever is self-farmed, artisan, organic, and locally harvested.” A quick review of Aspen’s local dining guide reveals a number of highly rated restaurants serving, variously, “American” cuisine: American-Colorado at Piñons, nouvelle American at Syzygy (pronounced si-zeh-jee), and alpine-American-with-classic-French-technique at the Hotel Jerome.

Like the Little Nell’s chef, Aspen, too, is a product of the ’80s: the 1880s. Prospectors, many of whom were Civil War veterans, thronged the small community, then called Ute City, in hopes of striking it rich during the era’s silver boom. Outside their pitched tents, the settlers supped on humble servings of cornbread and bacon cooked over open fires.

Aspen received its first taste of luxury in 1887 with the opening of the Hotel Jerome, a grand establishment with water-powered elevators, a cutting-edge technology at the time. Today, crystal chandeliers and Victorian furnishings adorn the Jerome’s refurbished Century Room parlor, where Jerome B. Wheeler, the hotel’s original proprietor and, by way of marriage, a partner in New York’s Macy’s department stores, entertained guests by the marble fireplace.

But the Century Room is more than just a reminder of Aspen’s past; it is a paragon for the town’s contemporary dining scene. Here we feast on crab cakes and “half kosher chicken” (not a half-blessed chicken, but half of a kosher chicken) prepared by two-time James Beard award nominee Todd Slossberg in his new kitchen. After dinner, we wander into the Library, the hotel’s lounge, and settle into a pair of overstuffed leather chairs for a nightcap.

Also steeped in Aspen history—and contributing to the town’s epicurean excellence—is the Krabloonik Restaurant and Kennel at the top of Snowmass Village. In the mid-1940s, members of the Army’s 10th Mountain Division, which had been stationed in Aspen during World War II for cold-weather training, returned during peacetime to found the Aspen Skiing Corp., which they modeled after Europe’s great ski resorts. In 1947, Stuart Mace, a soldier who had led the Army’s dogsled detachment, opened a lodge that offered dog-guided excursions. Before his retirement in 1974, Mace gifted 55 of his sled dogs to his apprentice, Dan MacEachen, who now runs canine and culinary adventures from his Krabloonik property.

Meandering flights of wooden steps lead to the Krabloonik Restaurant, profits from which help sustain MacEachen’s 200 dogs. Outside, we greet our yipping new friends (who are just as excited about embarking on this snowy excursion as we are) before breaking up into pairs and claiming our two-person sleds. Our musher, Carlin, drapes us in heavy blankets before giving the command to his team, spurring the dogs into the snowy wilderness like racehorses from a starting gate. We dash past bare aspens and blue spruce, into backcountry, across a private ranch, and then through a national forest. We stop alongside a frozen creek, where Carlin points out a clawed tree trunk—the handiwork of a black bear, which, at this time of year, is deep in hibernation. Two hours after setting out, exhilarated and red-nosed, we return to the cabin for a hearty meal of wild mushroom soup and boneless breast of quail. A surprisingly impressive wine list adds polish to the otherwise rugged day.

Further refinement is found, though somewhat less surprisingly, at C. Barclay Dodge’s Mogador restaurant. Dodge, an inventive 35-year-old chef who trained at Spain’s three-Michelin-star El Bulli, turns out a sultry selection of Spanish and Moroccan dishes from his Alhambra-inspired kitchen. His signature chicken tangine, made with preserved lemons and picholine olives, is, he explains, “sexed up” with Moroccan spices, while his succulent lamb shank appeals to more traditional tastes.

For those with a taste for sushi, Aspen—at an elevation of more than 8,000 feet and nearly a thousand miles from the closest ocean—may not seem the ideal setting, but the resort town features three thriving raw-fish restaurants. Takah Sushi, the veteran of the trio, became a hit a decade ago and is now in its 24th year. Nearby Kenichi accents its Japanese menu with Italian, French, and Thai influences, while Nobu Matsuhisa’s eponymous restaurant, much like his eateries in New York, Tokyo, Beverly Hills, and Paris, serves superlative Peruvian-influenced Japanese cuisine complemented by a notable selection of sakes.

Aspen’s finest wine collection—consisting of 20,000 bottles and 1,500 selections—belongs to the Little Nell. It is a rare night indeed that a Montagna patron does not ask master sommelier Richard Betts how a specific wine—say, the ’52 Cheval Blanc—is drinking these days. As one of only 58 master sommeliers in the United States, Betts is a boon for visit­ing oenophiles.

Our dinner at Montagna begins with an appetizer of curried oysters, followed by bowls of onion soup and lobster chowder. Entrées include an aromatic chai-and-curry lobster, a cut-with-a-fork lamb shank served with hush puppies, and beef ten­derloin poached in red wine sauce. I choose chef Wade’s branzini, the aforementioned sea bass served in its entirety. Following dessert—figs, nuts, artisan cheeses, and Venezuelan chocolates—we move into the lobby, planting ourselves by the fireplace and pondering the floor-to-ceiling views of Aspen Mountain.

For those who have not been to Aspen recently, an image of the hedonistic ’80s may persist. But today’s Aspen has reclaimed a small-town ambience while acquiring a big-city sophistication. “People coming here today are a little older, a lot wiser, and seeking the best of everything,” says Wade. It is heartening that Aspen’s everything now includes fine cuisine.