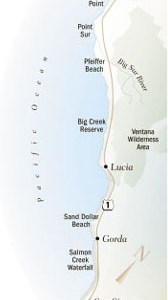 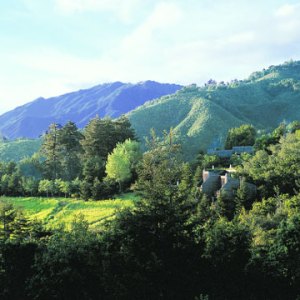 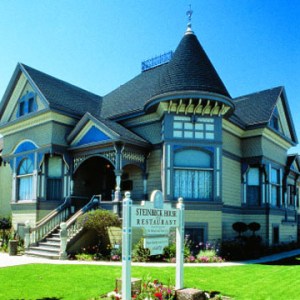 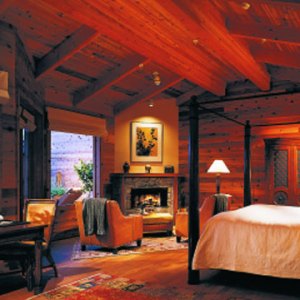 Before Robert Pirsig explored the connection between Zen and motorcycle maintenance, before Peter Fonda hopped on a chopper and headed out on the highway, Henry Miller, the expatriate author of such bawdy and controversial titles as Tropic of Cancer and Tropic of Capricorn, established a lasting kinship with us motorcycle enthusiasts.

Though their explicit sexual content led to Miller’s works being banned in the United States, wanderlust is as pervasive a theme as sexuality in his writing. Miller, like so many motorcyclists, was driven by a passion for discovery, though instead of a Harley or an Indian, the pen served as the vehicle for his journeys. “Writing, like life itself, is a voyage of discovery,” Miller wrote in The Wisdom of the Heart. “The adventure is a metaphysical one: it is a way of approaching life indirectly, of acquiring a total rather than a partial view of the universe.”

That is not to say that all of Miller’s adventures were metaphysical: He did complete a two-year odyssey across America following his residency in France, chronicling his journey in The Air-Conditioned Nightmare. In these pages he expressed his disdain for, among other American phenomena, the country’s congested, overpopulated cities. The automobile—which is often a grocery-laden, blinders-equipped steed that shuttles us from home to office or meeting to meeting—was also an early target of Miller’s barbs in Nightmare. “The only way to see America is by automobile—that’s what everybody says,” Miller wrote. “It’s not true, of course, but it sounds wonderful. I had never owned a car, didn’t know how to drive one even. I wish now we had chosen a canoe instead.” Eventually, Miller came to embrace the automobile, or to at least recognize its value.

Such was not the case with one of his contemporaries, John Steinbeck. “When we get these thruways across the whole country, as we will and must,” Steinbeck groused in Travels with Charley, published toward the end of his career, in 1962, “it will be possible to drive from New York to California without seeing a single thing.”

It is perhaps a coincidence—but certainly not surprising to learn—that both writers ultimately settled in towns along California’s Central Coast, a region of unspoiled beauty, breathtaking views, and curvy roads that motorcyclists find equally alluring. Miller and Steinbeck shared their affection for the coast with poet Robinson Jeffers (whose poetry inspired Miller’s first visit to the area), who, like the two authors, espoused iconoclastic if not subversive themes in his work—labels that so many of us motorcyclists have also worn, deservedly or not.

The coincidence of these three writers, forever entwined by the themes of their works, ending up only miles from each other is too strong to go unexplored. So I have packed a copy of Travels with Charley, gathered three companions, and aboard a Ducati ST4s and an Aprilia RST Futura, we speed away from Los Angeles for a two-day visit to the writers’ home bases: the Henry Miller Library in Big Sur, the National Steinbeck Center in Salinas, and Jeffers’ Tor House and Hawk Tower in Carmel. We are embarking on a pilgrimage to learn more about this unique region inhabited by artists who, in their writing, unknowingly captured the adventurous and rebellious essence of motorcycling.

“A journey is a person in itself; no two are alike,” Steinbeck wrote in Travels. We motor off, seeking to affirm the accuracy of his proclamation, accelerating even faster with the knowledge that we are aimed at one of the world’s greatest riding regions.

When Tropic of Cancer, Miller’s signature work, was published in France in 1934, the sexually explicit, semiautobiographical novel became an instant smash—but not in the United States. For nearly 30 years, censors banned the native New Yorker’s steamy page-turner, along with its successors, Black Spring and Tropic of Capricorn. When Cancer finally landed in American bookstores in 1961, its author, by then a resident of Big Sur, was firmly established as an antiestablishment icon.<br.

Readers viewed Steinbeck and Jeffers in a similar light. The Grapes of Wrath, Steinbeck’s Pulitzer Prize–winning novel, exposed the plights and abuses suffered by migrant laborers, drawing the ire of critics who disagreed with his pro-labor stance. Several groups staged book-burnings of Grapes, and J. Edgar Hoover branded Steinbeck as a dangerous subversive, even ordering FBI surveillance of the writer.

Similarly, Jeffers, who denounced Franklin Delano Roosevelt for America’s involvement in World War II, came under criticism from pro-war advocates. As evidence of his beliefs, they cited Shiva, his passionate rebuke of bellicosity. “There is a hawk that is picking the birds out of our sky / She killed the pigeons of peace and security / She has taken honesty and confidence from nations and men / She is hunting the lonely heron of liberty.”

As a motorcyclist, I share a kindred spirit with this trio, who were ostracized for refusing to conform to society-imposed standards. For as long as bikes have been built, we have been regarded as antiestablishment rebels, wheelie-popping bad boys, card-carrying members of the Hell’s Angels. Not that we discourage such a reputation; it, too, is part of the appeal of motorcycling. For some of us, this image is an extension of a maverick nature that has enabled us to achieve a level of success in our lives. For others, our motorcycle persona is an alter ego, a leather-clad Walter Mitty. When we swing our legs aboard our bikes, we are transformed—in our own minds as well as in those of others, we hope—into counterculture rabble-rousers.

Our average rate of speed aboard our 1,000cc Italian exotics does not allay such sentiments; we complete the 25-mile romp from the National Steinbeck Center in Salinas to Jeffers’ Tor House in Carmel in far less time than is mathematically possible if adhering to the posted speed limits. The previous day, en route from Los Angeles to the Miller Library in Big Sur, a good grab of throttle rockets us around tortoise-paced RVs and sightseeing rental cars on Highway 1, enabling us to approach a series of turns on the narrow, two-lane road.

As Amber, my companion, tightens her grasp around my waist, I drop the Aprilia down two gears and lean the bike over to pursue our friends on the Ducati, skimming between a rocky cliff face on our right and a short stone wall on the left—a wall that guards us from a 500-foot plunge into the Pacific. “I am just having a good time,” Miller once wrote. “And, I think this is a very important part of life—that people learn how to play, and that they make life a game, rather than a struggle for goals, don’t you know.” At play we are, nimbly snaking through Highway 1’s myriad turns, steadily reeling in the Central Coast.

We soak in the spell the region cast upon its three famous residents. During our 50-mile mid-morning jaunt from Big Sur to Salinas, a dense fog pushes in along the ragged coast, cloaking the redwoods in a rich soup of silver. We barrel through the fog, weaving between alternating patches of hot sun and dense fog along the serpentine road. We carve through the corners at speed, running up and down through the bikes’ 6-speed gearboxes, detouring over Los Laureles Grade and cresting the mountains that separate Monterey from Salinas. At the peaks, we steal a glance at the valley that Steinbeck painted in the pages of The Pastures of Heaven.

Just as Steinbeck, Miller, and Jeffers did years ago, we are exploring, unearthing, and experiencing the magic of the land. Aboard our motorcycles, unencumbered by doors and windshields and cup holders, we not only see, hear, and feel our surroundings, but we have become part of the adventure, wrapping ourselves in the fog of the mountains and drinking the parched desert air. This is a singular area, a mixture of peaks and valleys and flats, unmatched for its views and range. As Miller wrote in Big Sur and the Oranges of Hieronymus Bosch, “This is the face of the earth as the Creator intended it to look.” It looks the best when viewed, at 60 mph, atop the seat of a motorcycle.

The Henry Miller Library, tucked among towering redwoods on Highway 1, is a small cabin, the former home of longtime Miller friend Emil White. Photos of Miller, with his distinct balding head and perpetually squinted eyes of mischief, adorn the walls, while varying editions of his provocative titles—and the works of Anaïs Nin, his lover in France—fill every usable space. The library is a literary depot, a stopover point for rare copies of Miller’s novels.

The National Steinbeck Center contains a trove of photos, artifacts, props, and recordings from Steinbeck’s life and career. Visitors view a 10-minute introductory film on Steinbeck in the center’s 48-seat theater, then proceed through exhibits inspired by his books. Fans of Travels with Charley will especially appreciate the presence of Rocinante, the actual camper truck—aptly named after Don Quixote’s horse—that hauled Steinbeck and his pet poodle around America. The Steinbeck House, the writer’s birthplace and boyhood home, is located two blocks from the center. In an upstairs room in the home, which has been converted into a restaurant, Steinbeck is said to have written The Red Pony.

After serving as an apprentice to a stone layer, Jeffers spent a decade assembling granite boulders fished from the shore of Carmel Bay to construct Tor Houseand Hawk Tower. The majestic home, laid upon a plot of Carmel Point where horses and cows came to graze, was where Jeffers penned all of his major works. He wrote poetry each morning, then spent the afternoon building Tor House, laying the gigantic stones by hand.

The Ventana Inn & Spa (800.628.6500, www.ventanainn.com) in Big Sur offers luxurious accommodations, fine dining, and an excellent spa to work out the kinks in your back after a daylong ride. The inn, located on 243 acres of Pacific hillside, is approximately 300 miles north of Los Angeles and 150 miles south of San Francisco. (Click image to enlarge)

One dining jewel on this ride is the Sierra Mar (831.667.2800) in Big Sur. The restaurant is located in the Post Ranch Inn (831.667.2200, www.postranchinn.com), one of the region’s top resorts. While dishes such as wild boar and caramelized scallops grace its tables, the Sierra Mar’s highlight is its unmatched view: The restaurant sits 1,100 feet above the Pacific, providing breathtaking scenery of waves crashing against the shore and early evening fog wafting above the water.