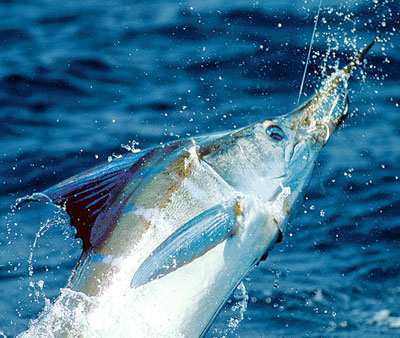 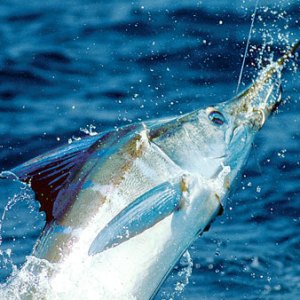 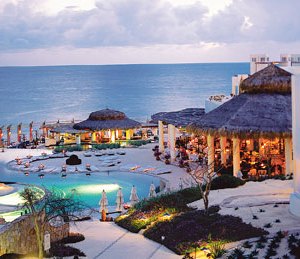 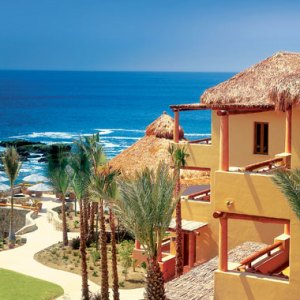 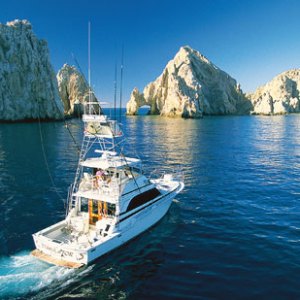 Richard Richardson, a 52-year-old Lee Marvin look-alike, sits in the fighting chair, barefoot and bare-chested, eyes on the Sea of Cortés. Alongside him at the back of the 80-foot yacht Tatu, four pole-and-downrigger setups troll tunas the size of footballs through the choppy ocean. Two of Richardson’s three yacht mates, who together form a team in the Bisbee’s Black & Blue Marlin Jackpot Tournament, are asleep in their seats. Occasionally they open their eyes just long enough to glance at their lines, but they need not rise: For the third straight day, Richardson’s crew will return to the Baja Peninsula empty-handed.

As Tatu nears Cabo San Lucas, Mexico, the tranquillity on board dissipates with the sinking sun. Yachts and cruisers clutter the harbor, and lights from hotels, restaurants, gift shops, and nightclubs begin to illuminate the 10-block city proper. On land and at sea, tourism has transformed the tip of Mexico’s Baja Peninsula. And as more hotels and yachts have appeared on the beaches and in the harbors, Los Cabos’ once famously generous waters have become more tightfisted with fishermen. Yet Texas native Richardson, along with other veterans of Baja travel, believes that instead of causing the fish population to decline, tourism could help to replenish it.

The Palmilla, which opened in 1956 with only 15 guest rooms, typifies the transformation of Los Cabos. After closing for a year to undergo a $90 million renovation, the 240-acre resort reopened in 2004 with 172 rooms and suites. The new property retains several of the original whitewashed, Spanish-Moorish structures, including the main building and its welcoming fountain, but the project turned what was an aging landmark into perhaps the country’s most opulent hotel. In addition to its Jack Nicklaus–designed golf course (which opened in 1992 as Los Cabos’ first 18-hole layout), the Palmilla now includes a gourmet restaurant from Chicago chef Charlie Trotter, a new spa and fitness center, and personal butlers who serve aged tequilas en suite at sunset.

Following the Palmilla in reinvention are two 1960s-era resorts: the Hotel Cabo San Lucas (1962) and the Hacienda Beach Resort (1961). The former has been closed since December of last year and will open as a 2,500-acre resort community in 2007. The Hacienda is closing in mid-September, but its new owner (reportedly a prominent high-end hotel chain) has yet to announce what the renovation will entail. However, the region’s most ambitious project is the 2,000-acre Puerto Los Cabos. Projected to open in November 2006, the development, which is being funded by Eduardo Sanchez-Navarro, owner of the Corona beer company, will include at least three hotels, a 535-slot marina, a yacht club, a cultural museum, two golf courses, several beach clubs, and 6,000 private homes.

When richard richardson began traveling to Los Cabos three decades ago, the area offered nothing on the scale of Puerto Los Cabos. However, he recalls, the local waters held far more fish. “It wasn’t unusual to catch two or three marlins a day back in the ’70s,” says Richardson, noting that he prefers to release the fish that he hooks. “I think they’re amazing creatures; I always let them go—unless a big cash prize is at stake.”

For Richardson, cash prizes are often at stake: He competes worldwide in as many as 14 billfish tournaments a year, including, for the past 23 years, the $1 million Bisbee’s contest in Los Cabos. Like the area’s other major billfish tournaments, Bisbee’s is held during hurricane season in October, when the rough waters stir up the big trophy fish. But over the past several years, Richardson has noticed a steady decline in the quantity and size of his catch. “Commercial fishers have nearly decimated the billfish population,” he claims, “but that’s true everywhere, including Australia.”

Mike McGettigan, founder of Portland, Ore.–based SeaWatch, an environmental group that works frequently on Sea of Cortés initiatives, agrees with Richardson’s assessment. “The problem isn’t sportfishing; it’s illegal commercial fishing and no enforcement,” he says. The illegal practices McGettigan refers to include the use of long lines and gill nets that strip marine life from the sea faster than nature can replenish it.

McGettigan believes that the Sea of Cortés is capable of returning to pre-1980s conditions—if the Mexican government enforces commercial fishing laws. In the past, the government has been ineffective in doing so, but tourism may help motivate a change. Los Cabos’ tourism industry depends on a healthy fish population, and while a commercially caught marlin sells for less than $100, anglers are willing to pay thousands to visit the Baja Peninsula to pursue a trophy catch.

Maintaining a healthy tourism industry in Los Cabos also requires protecting the environment on land. The push toward bigger, better, and more development likely will lead to traffic and pollution—the local population is expected to rise from 165,000 to 1 million by 2025—but Los Cabos seems intent on not repeating the missteps of its more mainstream predecessors. “Comparing Los Cabos to Cancun is like comparing Las Vegas to Atlantic City,” says Patrick Sanchez of the Los Cabos Tourism Board. “It’s a completely different destination with a much more affluent demographic.” Several local communities, such as Cabo Real, enforce building codes to ensure that each resort blends into its natural environment and does not exceed a height of 165 feet above the sea line. Regulations also require that any new development in the area include a desalination plant to avoid placing further strain on the region’s water supply.

In an encouraging sign, Los Cabos’ beaches are cleaner today than they were 20 years ago. And although the Sea of Cortés is not the generous fishing hole it once was, the blue-green gulf that is home to approximately 900 species of marine vertebrates and 2,000 invertebrates remains, according to the Scripps Institution of Oceanography of La Jolla, Calif., the planet’s most biologically abundant body of water. Anglers still pull marlin, dorado, skipjack, and other species from the sea, and if Richardson and McGettigan have their way, their luck should only improve.