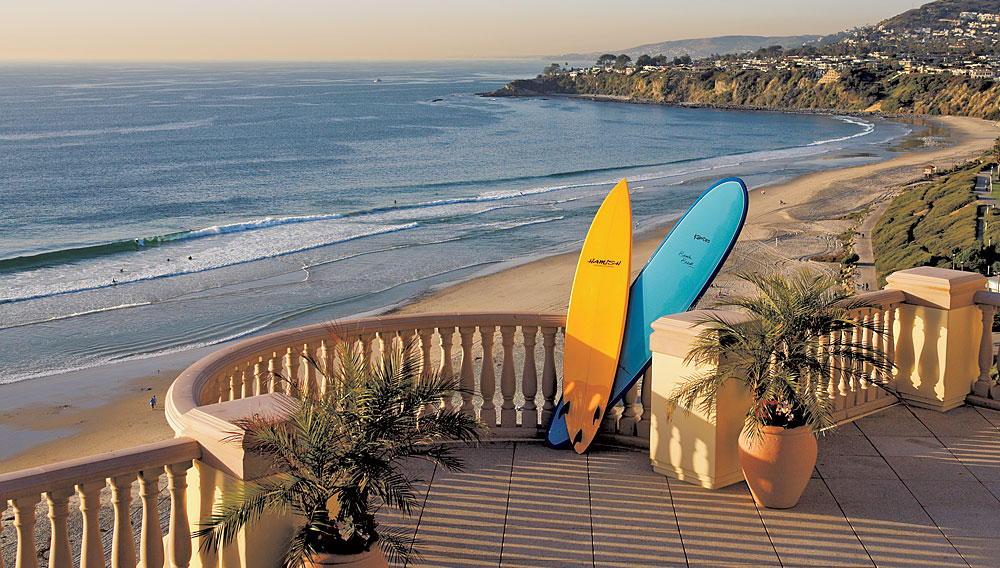 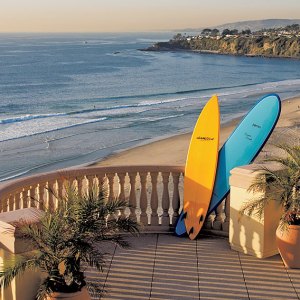 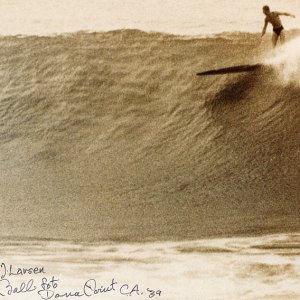 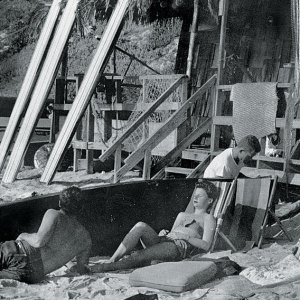 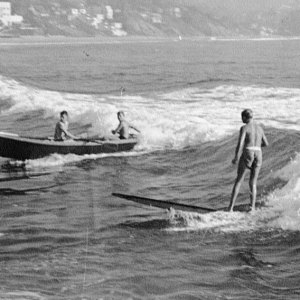 San Onofre in South Orange County, Calif., is an ideal break for novice surfers because of its mostly gentle and consistent waves. Occasionally, however, the spot—located just up the shore from a nuclear power plant—becomes a raging monster. It was here, during a hurricane in 1939, where George “Peanuts” Larson rode a towering peak that made him a local legend. “It was easily a 20-foot wave,” says author Craig Lockwood, whose book Peanuts chronicles Larson’s free-spirited life as one of California’s earliest surfers. “The watermen who saw that ride were impressed to the point of ‘we’ve never seen anybody ride a wave that big.’ ”

These days, California’s biggest surf is ridden in Northern California—50-foot-face waves roll into the Mavericks break in Half Moon Bay once or twice each winter—but the stretch of coast running south from Huntington Beach (aka Surf City USA) to San Clemente remains the West Coast’s archetypal surfing spot. It is also one of the world’s top beach-vacation destinations, and, during warm months, these two traits converge in fine fashion at Orange County’s premier coastal resorts.

On summer weekends, guests at the Ritz-Carlton, Laguna Niguel, can watch local surf contests, held at the Salt Creek break, over breakfast at the hotel’s Raya restaurant, perched 162 feet above the sea. The Ritz-Carlton and its equally notable neighbors—the St. Regis Monarch Beach, Montage Laguna Beach, and the Resort at Pelican Hill—lie within minutes of breaks like Salt Creek and San Onofre, and each offers learn-to-surf programs taught by the modern-day brethren of Larson and his ilk.

Not long after his legendary ride at San Onofre, Larson paddled out at a now-extinct break called Killer Dana in Dana Point, and a friend snapped a photo of him dropping in on a large wave. The image appeared repeatedly in newspapers and magazines over the years, and gradually the wave that was captured on film fused in people’s minds with the oral history of Larson’s San Onofre ride. “The photograph became representative reality,” says Lockwood.

The reality of surfing in Larson’s era was much different than it is today. Laguna native Dick Metz, whom Larson taught to surf in the 1930s, remembers that surfboards back then were cumbersome contraptions best suited to burly beach bums. Made of hollowed-out redwood—without resin or varnish to seal the wood—the boards started to sink after just 15 minutes in the ocean. “You’d come out of the water, pull the cork out, let the thing drain, and go back out to surf,” recalls Metz, who says there were maybe 100 serious surfers in Southern California at the time. “There was nothing appealing about surfing. It didn’t look like fun to anybody.”

Today’s lightweight, soft-top boards make the sport a whole lot more accessible—and more fun. Still, every student of surfing should understand what Larson, Metz, and their peers learned long ago: respect for the ocean. “Surfing is hard to learn, especially for someone who doesn’t grow up at the beach,” says Metz, who founded the Surfing Heritage Foundation and hopes to one day open a museum that documents Orange County’s traditions in the sport. “You have to lie in the sand for a while and watch the tides change.”

Of course, for many vacationers in Orange County, lying in the sand and watching the ocean is the whole point of their trip. But for those who want to hit the water and learn to surf, or improve their existing surfing skills, the following programs will ensure they start off on the right foot.

The location of the Ritz-Carlton, Laguna Niguel—above the Salt Creek surf break in Dana Point—affords one of the area’s best vantages for watching experienced surfers. For guests itching to get in the water themselves, the 393-room resort has an exclusive relationship with local Billabong Surf Camps affiliate Chris Williams. Depending on conditions, Williams’ instructors—who range from twentysomethings to working professionals teaching on an on-call basis—take students from the Ritz-Carlton to any of several nearby breaks, including San Onofre. ($145 per person for a two-hour lesson) 949.240.2000, www.ritzcarlton.com

The day of your lesson at Montage Laguna Beach—a 250-room resort overlooking a picturesque cove—an instructor greets you in the lobby and drives you about 10 minutes north to Soul Surfing (www.soulsurfingschool.com), a surf school located a short walk from Laguna’s top beginner break, Thalia Street. At the school facility, you are provided with an 8- to 9-foot soft-top board and fitted for a wet suit (local water temperatures hover around 55 degrees Fahrenheit during the winter and 75 degrees in the summer).

Your lesson begins on the sand, where you learn how to transition from lying flat one second to having your feet flat on the board, with knees bent, the next. In the water, each Soul Surfing instructor has his or her own style of teaching. Bud Kuhn, 20, paddles out into the ocean with his students, positions them on their boards, points them toward the beach, and, at the right moment, instructs them to paddle. On his own board, Kuhn paddles just behind students, gives them a push to help them catch the waves, then yells, “Stand up!” Easier said than done. ($125 per person for a two-hour lesson) 949.715.6000, www.montagelagunabeach.com

The Resort at Pelican Hill

The private surf camp offered by Pelican Hill, a sprawling resort with two Tom Fazio golf courses in Newport Coast, also takes advantage of the Thalia Street break in Laguna Beach. Instructor Mike Koenig, or one of his colleagues, will pick you up from your bungalow or villa accommodation and drive you to La Vida Laguna (www.lavidalaguna.com), headquartered seven miles south.

As with the Montage program, you begin on the sand, practicing your “pop-ups” and preparing to paddle out. In the water, Koenig, 25, pushes you into the waves, yelling, “Dig, dig, you’ve got it!” as you paddle. If you have trouble standing up and balancing once you catch a wave, Koenig recommends a drill in which he pulls your board up onto his board so the two form a cross. He holds your board to stabilize it in the water—offering a middle ground between the beach and a moving wave—while you practice popping up and remaining balanced. ($190 per person for a three-hour lesson) 949.467.6800, www.pelicanhill.com

Echoing Dick Metz, Paul Grosveld, a professional bodyboarder during the 1980s and ’90s and founder of the Surf Butler program, recommends students spend at least 20 minutes sitting on the sand observing the waves. “You’ll see three or four big waves roll in one after the other,” he says. “Then the ocean will become quiet again.”

In the water, Grosveld and his staff are relaxed and intuitive in their teaching style. Whether the waves are good or bad, which Grosveld warns he cannot control, Salt Creek is a beautiful place to learn how to surf. ($110 per person, per hour) 949.234.3200, www.stregis.com