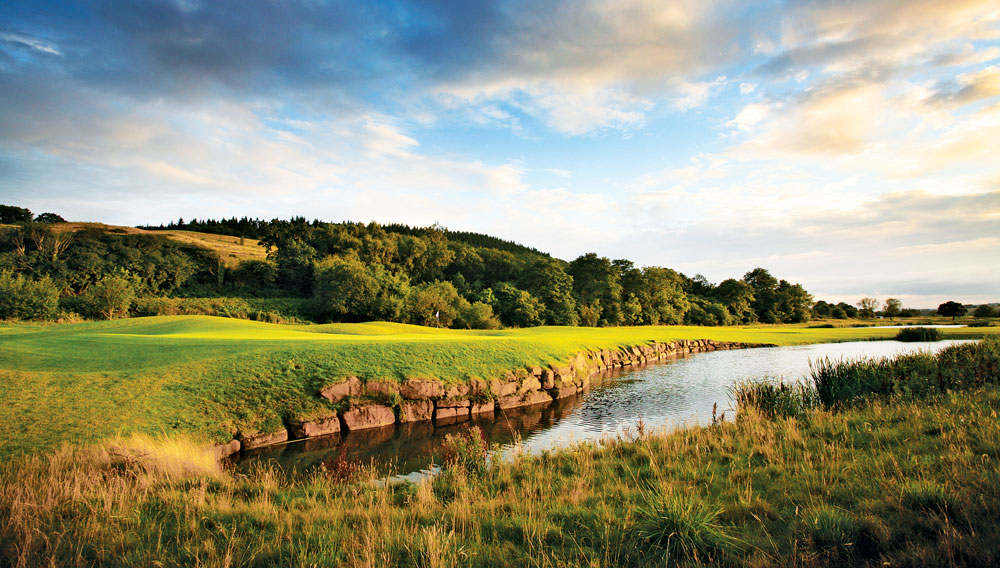 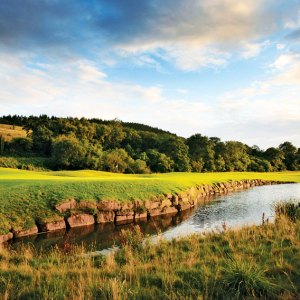 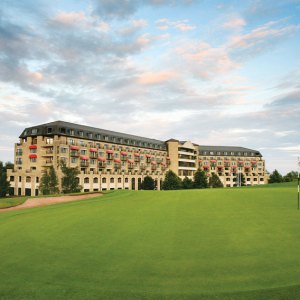 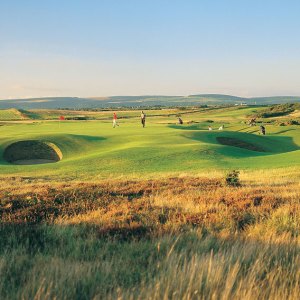 Most golf getaways in the British Isles focus on the famed courses of Scotland and Ireland. But Celtic cousin Wales has a long, storied history in golf, one that is embarking on an exciting new chapter: This October, the Ryder Cup will be held in Wales for the first time since the biennial international competition began in 1927.

Golf in Wales dates to the late 1800s, when the principality’s first golf course, the Tenby Golf Club, opened in Pembrokeshire County. A Welsh golfing union formed in 1895, decades before its Scottish and English equivalents. Today Wales is home to about three million people and some 200 courses, 28 of which have debuted in the past decade. Standouts among the newer courses include the Jack Nicklaus–designed Machynys Peninsula in Llanelli, Wales National in Hensol, and the Twenty Ten Course at Celtic Manor Resort in Newport, the latter of which will host the Ryder Cup October 1 through 3.

Celtic Manor’s selection as the site for the tournament realized a dream of the resort’s founder: Nearly 20 years ago, Welshman Sir Terry Matthews hatched an idea to showcase Wales as a golf destination by building a course intended to attract the Ryder Cup.

In 1980, Matthews—a technology entrepreneur based in Canada—acquired a small plot of land in his birth town of Newport. His initial plan was to build a golf course and transform an existing Victorian mansion (Matthews was born in the mansion when it was operated as a maternity hospital) into a 17-room inn. But he soon expanded his property and his plan, eventually investing £140 million developing the 1,400-?acre, 400-room, three-golf-course Celtic Manor Resort.

Matthews worked with the late Robert Trent Jones to develop the first two courses at Celtic Manor: the 18-hole Roman Road and an 18-hole short course called Coldra Woods. The Coldra layout would later become the back nine of a course designed by Europe’s 2010 Ryder Cup captain, Colin Montgomerie. But it was Jones’ son, Robert Trent Jones Jr., who designed the course that would eventually attract the tournament.

In 1999, the younger Jones completed an all-new 18-hole layout at Celtic Manor called the Wentwood Hills course. Three years ago, designer Ross McMurray led a £20 million reconfiguring of Wentwood Hills—which was renamed the Twenty Ten Course—in anticipation of the professional golfers and roughly 50,000 spectators who will arrive at Celtic Manor for this October’s Ryder Cup.

Though he will undoubtedly be one of those spectators, Matthews does not play golf. “It takes too long to go around,” he says with a laugh. “I got into golf and the hotel business because clients I deal with enjoy golf. I only own two hotels [his Brookstreet hotel in Ottawa, Canada, has the last course designed by Jones Sr.], and I have no interest in owning any more. In each case the hotels are within 10 minutes of my homes. I think of them more like an extension of my home, but with championship golf courses and a 750-member staff. So when I hold a party or an event for clients, nobody can outgun me.”

Celtic Manor is indeed difficult to outgun. Massive by local standards, the resort remains distinctly Welsh. Inside the main hotel’s lobby, in a variation of the Welsh national symbol, are two massive carved-oak dragons swirling around a sunken conversation pit. The updated Victorian mansion and a restored 19th-century inn complement the contemporary main hotel, which includes a 38,000-square-foot Roman-?style spa. (The neighboring village of Caerleon was home to 5,500 soldiers of Rome’s 10th Legion two millennia ago.)

While Celtic Manor has broadened Wales’ appeal as a golf destination, there are a number of new or historic, quirky, challenging, and fun courses sprinkled throughout the principality. Most visiting players begin with a pilgrimage to Royal Porthcawl Golf Club, in South Wales. Dating to 1891, the club’s original course offers a classic links-style walking experience, complete with ball-eating gorse and gale-force winds that blow from the adjacent Bristol Channel.

A few chip shots away is the heathland-and-links Pyle & Kenfig Golf Club. Originally built in 1922 by H.S. Colt—codesigner of the courses at the Pine Valley Golf Club in New Jersey and the Highland Park Country Club near Chicago—Pyle & Kenfig is played around Sker House, which has the reputation of being the United Kingdom’s most haunted building (a convenient excuse for bad shots and lost balls).

Northwest from Pyle & Kenfig, along the coast past Swansea, the Nicklaus-designed course at the Machynys Peninsula Golf and Country Club overlooks Carmarthen Bay and challenges players with 25 acres of saltwater and freshwater lakes. Within a quick commute of Newport and Cardiff is the Vale Resort in Hensol, home to Wales National and its sister layout, the Lake Golf Course.

For those with the time to follow Wales’ outline, the Royal St. David’s Golf Club in Harlech is worth a stop. Opened in 1894, St. David’s is said to be the hardest par 69 one will ever play. The 26-hole course at the Nefyn & District Golf Club—located on the opposite end of a peninsula from Harlech—is consistently rated among the top 100 courses in the United Kingdom.

Inland from Harlech, the par-71 course at Llanymynech Golf Club provides cross-border play: Fifteen holes are in Wales, three are in England. On the fourth hole, you tee up in Wales and putt out in England. No passport required.

The St. David’s Hotel & Spa: Originally built for the Rocco Forte Collection, this 132-room hotel along Cardiff Bay does not have a golf course but offers a nice base for exploring this part of Wales. www.thestdavidshotel.com