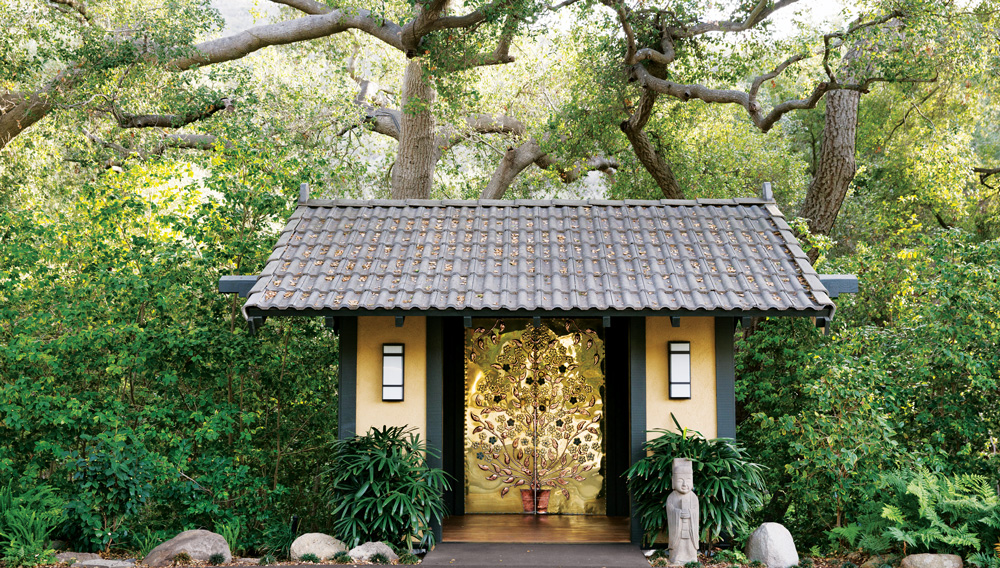 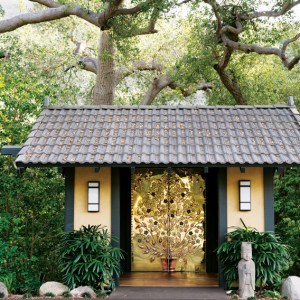 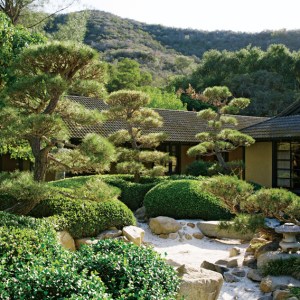 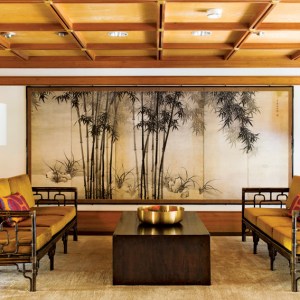 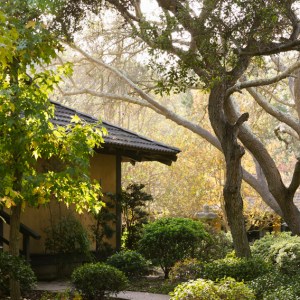 At Southern California’s Golden Door spa, the path to wellness is a short one. Stepping through the spa’s magnificent golden threshold and following its suspended walkway, one immediately senses that the world has slowed down. Any tension in the shoulders and neck begins to subside upon passing through the Japanese-style gardens filled with stone lanterns and bamboo reeds. And by the time one arrives at the reception area—a light-filled space that resembles a Japanese ryokan with wood-paneled walls and painted scrolls—all anxiety has melted away.

The gilded entryway at Golden Door has been transporting guests since 1958, when the retreat in northern San Diego County opened as one of the world’s first destination spas. At the time, the property introduced an ashram-style format that later became popular in Southern California. By the late 1990s, however, the spa was in need of some serious pampering. More than a decade later, in 2012, a longtime patron acquired Golden Door with an eye toward renewing the legendary spa’s sparkle.

Reopened last October, the 600-acre retreat has been transformed by the New York–based designer Victoria Hagan with a subtle new aesthetic that builds on the Japanese Edo-period style of the original property. Guests—dressed in custom workout gear and cotton kimonos—reside solo in 40 rooms, which feature neutral tones and tactile furnishings that mirror the meditative koi ponds and Zen gardens outside. Additions to Golden Door’s grounds include an olive orchard, a 3,000-square-foot greenhouse, a chicken coop, and an herb garden.

The spa’s programs have also been retooled to foster a stress-free environment from start to finish. Each guest meets with a spa concierge to determine his or her preferences for everything from daily calorie intake to physical activities and massage times. Though packed with lectures, cooking classes, and personal training sessions, each itinerary is entirely voluntary, with no roll calls or mandatory activities.

Such freedom proves liberating to guests, who can choose to skip, say, the 8-mile hike marked on their itineraries in favor of sleeping in. Most activities at Golden Door, however, are well worth any effort involved. Whether it is midmorning yoga, afternoon meditation, or an early evening massage, the sessions help prepare guests for that inevitable day when they cross back over Golden Door’s threshold, renewed and ready for what lies on the other side.