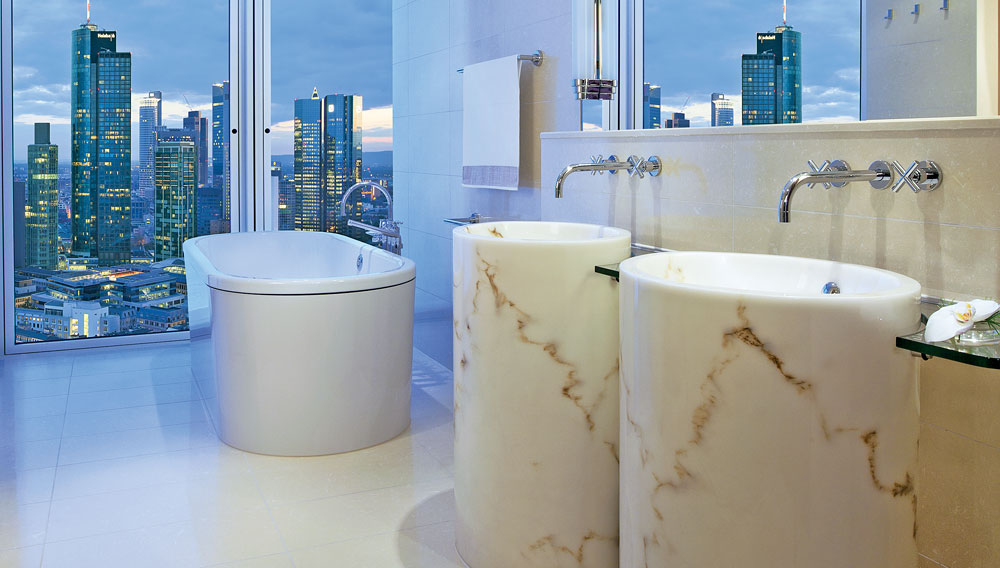 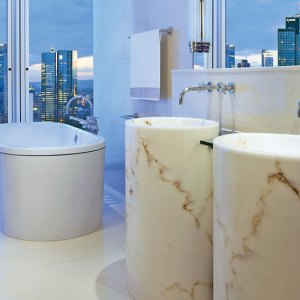 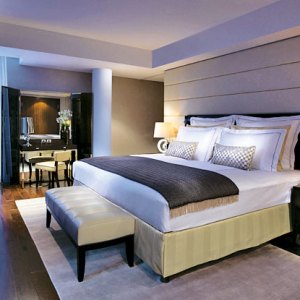 From the streets of downtown Frankfurt, the gleaming 25-story tower that houses the Jumeirah Frankfurt is immediately recognizable for its asymmetric form. But it is the reverse perspective—of the city skyline through each room’s floor-to-ceiling windows—that guests of this contemporary new hotel will appreciate most.

Of the 157 rooms and 61 suites in the tower, accommodations in the Skyline category afford the most commanding views. The hotel’s highest point offers additional benefits in the form of Skyline Honey, which is harvested from beehives on the roof and served at the buffet breakfast in the property’s Max on One. (The space becomes a German fine-dining restaurant later in the day.) Casual meals can be found in La Petit Palais café and in the Ember Lounge & Bar off the lobby.

Guests of the hotel, which opened in August as the first property in continental Europe from Dubai’s Jumeirah Group, enter the lobby from Grosse Eschenheimer Strasse in Frankfurt’s financial district. Refuge from the busy streets can be found in the Jumeirah’s fourth-floor Talise Spa or in the guest rooms, the largest (on average) in Frankfurt. Jumeirah Frankfurt, +49.69.297.237.0, www.jumeirah.com