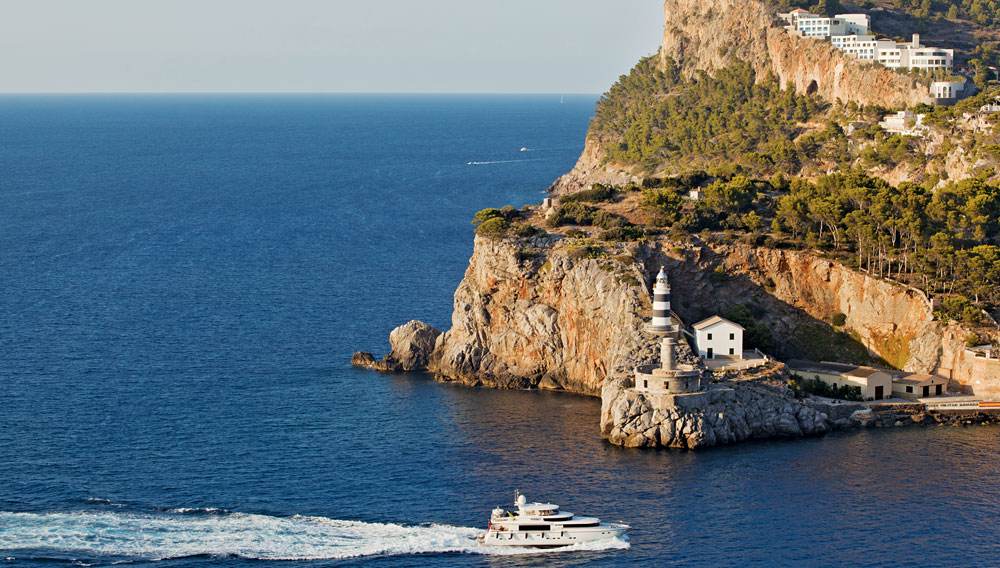 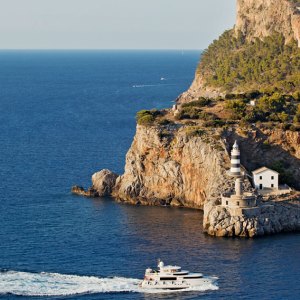 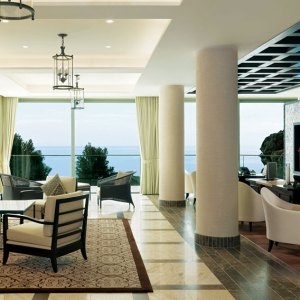 A 25-minute drive outside the busy Balearic Islands capital of Palma, the new Jumeirah Port Soller Hotel & Spa cascades down a limestone slope on a tranquil and rugged stretch of northwest Majorca. The property opened in April as the first resort in Europe from the Dubai-based Jumeirah chain, whose opulent aesthetic is surprisingly at home on the Spanish isle’s quiet coast.

True to Jumeirah’s roots, a massive contemporary chandelier hangs beneath a 50-foot domed atrium in the resort’s vast marble-and-Majorcan-stone lobby. The 120 guest rooms are light and airy, with most looking out to the Mediterranean Sea and others to the fishing village of Port de Sóller and the Serra de Tramuntana mountains.

The Jumeirah’s Talise Spa has 10 treatment rooms, two hammams, and an outdoor swimming pool. Additional retreats include the lofty Sunset Lounge Bar and the ground-level Sa Talaia pool bar. Adjacent to Sa Talaia, Cap Roig restaurant serves the local red fish for which it is named, as well as other catches of the day.