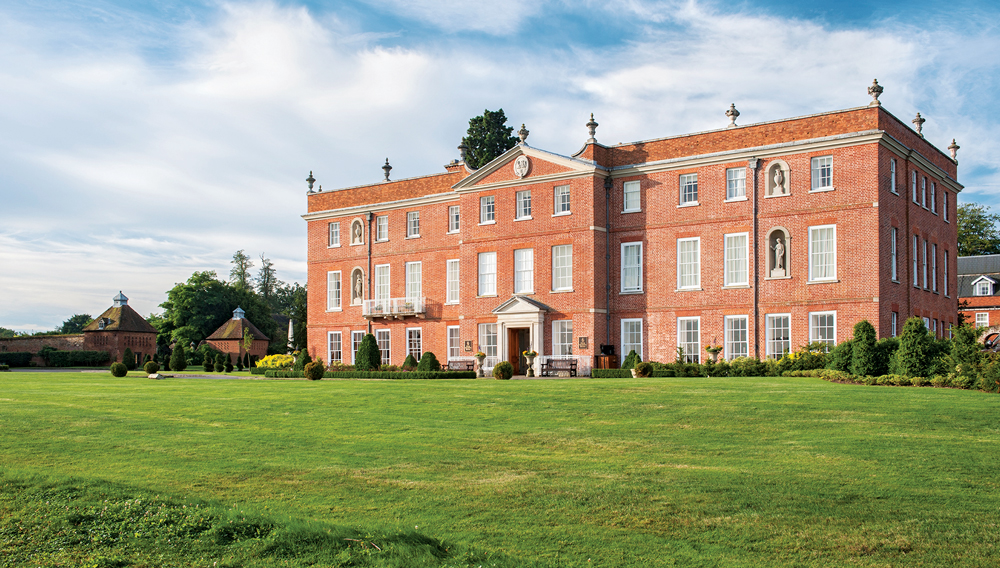 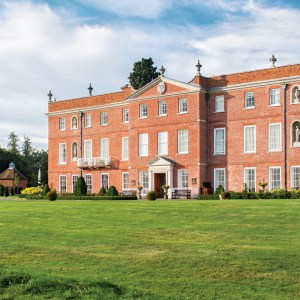 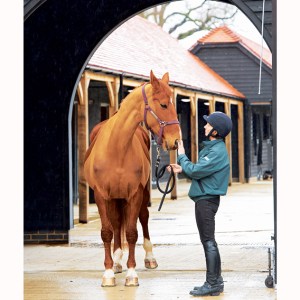 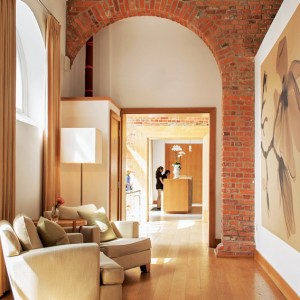 The English countryside is bathed in golden light, the rays of the morning’s sun casting a sparkle on every dewdrop-covered blade of

grass surrounding the Four Seasons Hotel Hampshire. Inside the stables, Charlie, a sturdy black cob with a white stripe running down his nose, twitches with anticipation as Anne Murray, one of the hotel’s riding instructors, readies him for a day of jumping.

“It was hailing an hour ago,” Murray informs me in her soft Scottish brogue. The casual observation is enough to jangle my nerves. I have been riding for years, but jumping requires more courage than I may have in inclement weather. Still, I mount Charlie with feigned confidence and head toward the cross pole jump. I assume a two-point position—leaning forward with my backside elevated out of the saddle—and Charlie takes off, launching us over the pole and landing with a heavy thump on the other side. Rather than heading straight, however, my steed trots to the right, throwing me off balance and forcing me to cling to him tightly.

“Your position is good,” says Murray, “but you really need to work on riding him through. Don’t be afraid to give him a kick.” For my next jump, Murray places two poles on the ground and instructs me to steer Charlie between them after the jump. But we again sail over the pole—and again veer right—missing the makeshift goalposts entirely.

Though at first frustrating, my foray into the exhilarating sport of horse jumping could not have launched in a more seemly setting than the Four Seasons Hotel Hampshire. Located in the village of Dogmersfield, roughly 40 miles west of London, the estate comprises 500 acres of parkland ideal for hacking, hiking, falconry, and croquet. Last year, the property opened its new equestrian center with more than a dozen pristine stables, a clubhouse, two outdoor arenas, and a lounge decorated with olive-green chesterfield sofas and equestrian-themed art.

Programs at the equestrian center are tailored to each guest’s skill level and range from the basics of English riding to lessons in dressage for advanced riders. In addition to Charlie, 13 horses reside in the Four Seasons’ stables, including a spirited Arabian named Kascad and a hearty Clydesdale named Bobby. Guests can also bring their own horses for lessons with Murray—a veteran athlete who competes in dressage—and the rest of the hotel’s team of trainers.

Back in the arena, I continue to struggle with Charlie even after Murray widens my goalposts. Though I am tempted to call it a day, I steady my nerves and make one last attempt. Charlie and I circle the arena, and this time I take a more aggressive approach, squeezing hard with my right thigh before the jump. Immediately after we land, I give him a slight kick and we glide through the poles. Grateful, I pat my partner’s mane and signal to Murray that I am ready to go again.