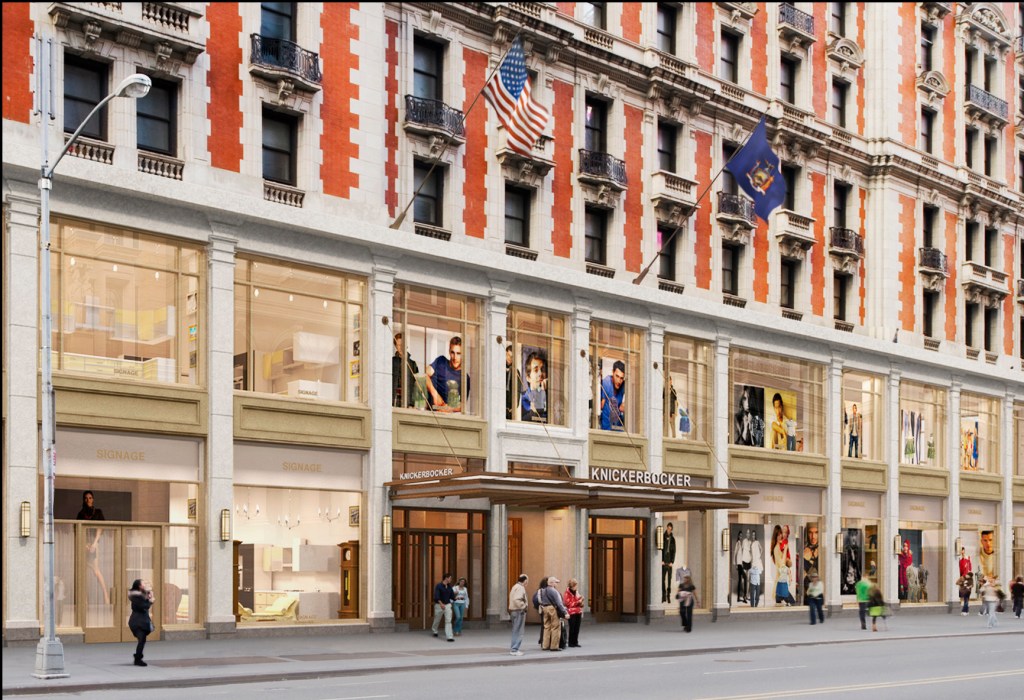 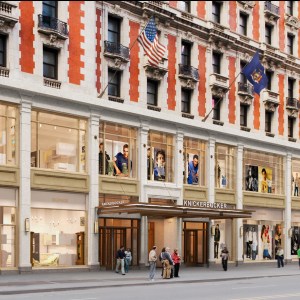 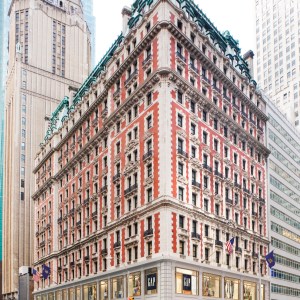 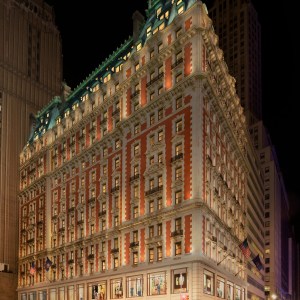 The Knickerbocker Hotel, a legendary New York landmark in Times Square set to open its doors in Summer, 2014, has partnered with one of the nation’s most recognized master chefs, Charlie Palmer. Enviably situated on the southeast corner of 42nd Street, overlooking Times Square between Broadway and Bryant Park, The Knickerbocker Hotel will feature several exceptional dining venues, including a full service restaurant and bar, a ground-level café, a 2,200-square-foot event space and a 7,500-square-foot rooftop bar and terrace offering an unrivaled panorama of New York City’s vibrant skyline.

“The Knickerbocker Hotel is a ‘classic reinvented,’ infusing the history and legacy of a New York landmark with a modern approach to service, design and cuisine. To ensure a sophisticated level of taste throughout the hotel, we’re honored to collaborate with Master Chef Charlie Palmer on the entirety of our food and beverage program,” said Jeff David, Managing Director of The Knickerbocker Hotel.

With over three decades of experience, Palmer is renowned for his signature style of progressive American cooking featuring regional ingredients in unexpected and deeply flavorful ways. As one of the first adapters to the farm over factory food philosophy, Palmer’s forward thinking approach has earned the success of his hospitality group empire, which currently includes restaurants, boutique hotels, and food-forward wine shops throughout the US. Located just steps away from The Knickerbocker Hotel is Palmer’s flagship restaurant, the Michelin-starred Aureole, one of the most coveted dining establishments in New York City. Hotel guests will enjoy priority access and preferential treatment at Aureole, which just celebrated 25 illustrious years.

David added, “Not only is Charlie Palmer an extraordinary culinary talent, but he is a successful and savvy entrepreneur, whose contributions will further ensure The Knickerbocker’s status as an iconic hotel and culinary destination in New York, and around the world. Our outlets, including the signature restaurant and bar on the 4th floor and one of the most magnificent rooftop bars in New York City, coupled with VIP treatment at Aureole for hotel guests, provide an inimitable offering for those seeking an exceptional dining experience.”

“Cooking in the U.S. has changed dramatically since The Knickerbocker Hotel opened at the dawn of Manhattan’s Golden Era. While drawing inspiration from the history of The Knickerbocker Hotel, fused with the melting pot culture of New York, we’re developing unique menus that cater to today’s discerning palates,” said Charlie Palmer. “The various dining establishments will offer hotel guests and New York locals a contemporary take on classic American cocktails and dishes, complemented by my progressive American cooking style.”

About The Knickerbocker: lated to open in Summer, 2014, The Knickerbocker will be a monument to New York’s coming of age. Originally opened in 1906 by John Jacob Astor IV, the hotel welcomed both glitterati and dignitaries, offering the first true multidimensional lifestyle experience. Registered as a New York City Landmark since 1988, the legacy of The Knickerbocker returns to the southeast corner of 42nd Street overlooking Times Square, between Broadway and Bryant Park, revealing an elegant, luxury lifestyle hotel offering 330 guest rooms including 40 suites, a fitness center, a 2,200-­-square-­-foot event space for up to 250 guests, a ground level grab-and-go café, signature restaurant and bar, and a 7,500-­-square-­-foot rooftop bar and terrace with unrivaled views of New York City’s effervescent skyline.

About Charlie Palmer: Hospitality Entrepreneur, Hotelier and Chef Charlie Palmer has received critical acclaim for his signature “Progressive American” cooking, a style built on rambunctious, intense flavors and unexpected combinations with an infusion of classical French cuisine. In 1988, he made a landmark commitment to creating dishes featuring regional American ingredients at his sublime Aureole, now in its 25th year and located in the Bank of America Tower at One Bryant Park. Over the years Palmer has established an impressive roster of restaurants across the country and a growing collection of boutique hotels and food forward wine shops. A frequent guest on NBC’s Today Show, Palmer is also the author of five cookbooks, Great American Food (Random House/1996), Charlie Palmer’s Casual Cooking (Harper Collins/2001), The Art of Aureole, (Ten Speed Press/2002), Charlie Palmer’s Practical Guide to the New American Kitchen (Melcher Media/2006), and Remington Camp Cooking (Welcome Books/2013).