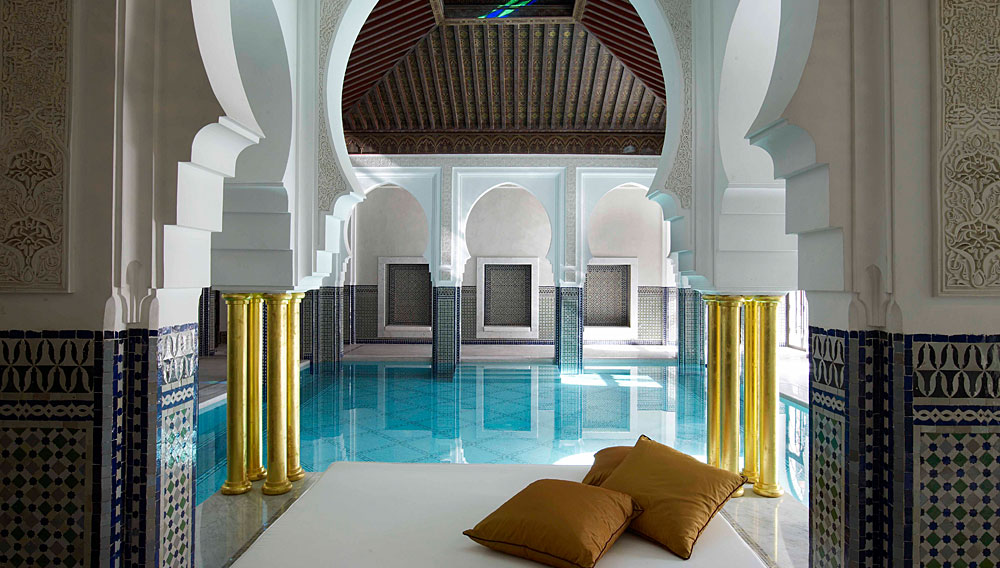 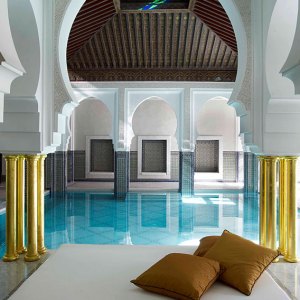 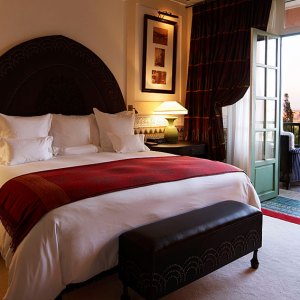 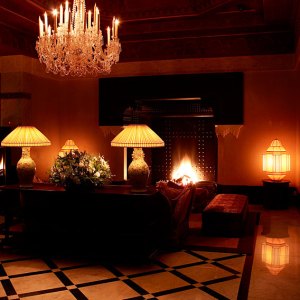 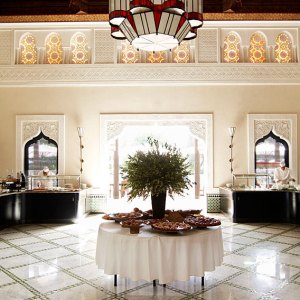 After a three-year, $180 million renovation, Marrakech’s La Mamounia has finally swung open its ornate, mosaic doors to reveal a hotel that, despite dating to 1923, is almost entirely new. “Inside and out virtually everything has changed,” says general manager Didier Picquot, himself new to the iconic Moroccan property. In the process, he says, the hotel that Winston Churchill once called “the most beautiful place in the whole world” has become more elegant, more comfortable, and a truer expression of Moroccan tradition. Under the direction of French interior designer Jacques Garcia, the hotel’s Art Deco motif has given way to the opulent ambience of a North African palace. The lobby sets this regal tone with dramatic lighting, cream-white pillars that rise from floors of ink-black marble, and conversation areas with thickly cushioned seating and veils for privacy. Accommodations Among the 210 guest rooms are three new riads, or small palaces, each with three bedrooms and a pool. Dining Four restaurants, serving Moroccan, Italian, French and seafood. Past guests, however, might lament the absence of the belly dancers who were staples in the old La Mamounia’s Dining room. Facilities A 27,000-square-foot spa, banquet and meeting rooms. Rates Room from about $650 to $1,000 per night for an executive suite