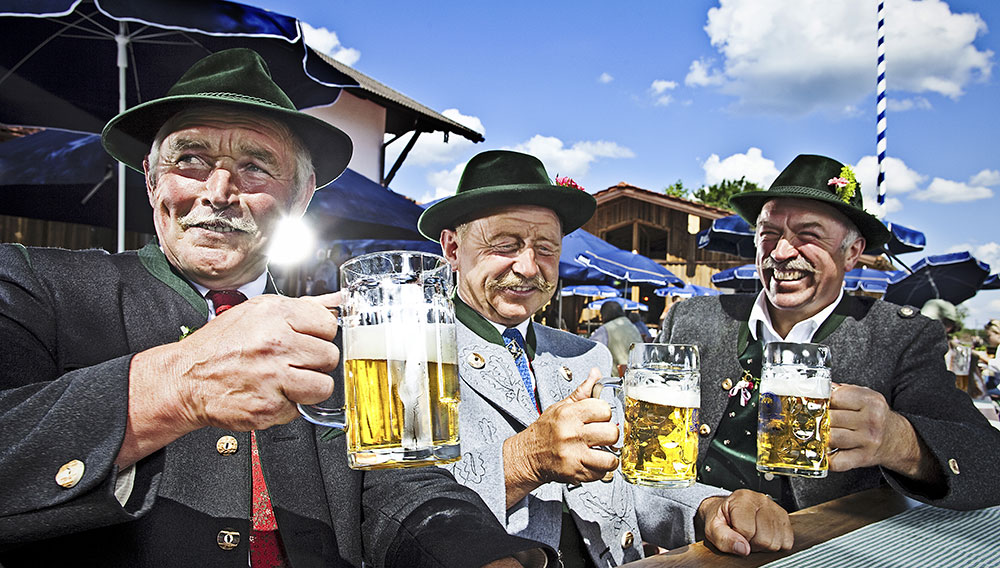 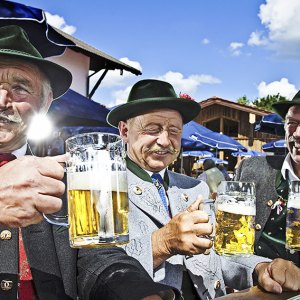 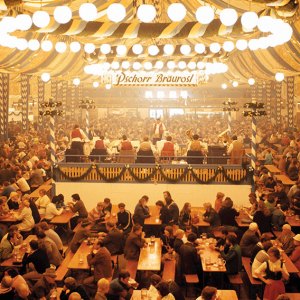 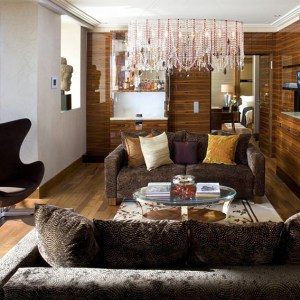 Oktoberfest starts tomorrow, but if you haven’t made plans yet to attend Munich’s bucket-list beer festival, it’s still not too late. Despite the fact that over six million people will be dropping by to drink at the 14 tents set up annually at the Theresienwiese fairground, luxury suites at three of Munich’s finest hotels are still available throughout portions of the 15 days of the beloved bacchanal. Prosit! Inside what was once a 19th-century opera house, the Mandarin Oriental, Munich, exhibits a seamless fusion of German and Chinese elegance in each of its 73 guest rooms and suites. Among the accommodations available on select dates throughout the month is the 1,320-square-foot, two-bedroom Presidential Suite. Accented with ancient Chinese artifacts, it features a Bulthaup-designed kitchen and a bathroom with a hot tub, steam room, and Swarovski-crystal chandelier. The hotel is offering an Oktoberfest package that includes daily breakfast for two, seats at the festival’s Marstall tent, and a round-trip horse-drawn carriage ride to the event for an additional $343. Prices for entry-level suites start at about $1,240 per night. (mandarinoriental.com) Opened in 1841, the 340-room Bayerischer Hof hotel is one of the city’s grande dames of hospitality. With five restaurants and six bars, traditional delicacies and tapped beers similar to those being poured at the festival can be found here as well. And after a day spent delightfully imbibing, the detoxifying treatments at the hotel’s Blue Spa will have you ready for another round. When it is time to call it a night, two-, three-, and six-bedroom suites on the Panorama floor remain an option. Designed by Siegward Graf Pilati, each of the accommodations has a distinct aesthetic, ranging from Mediterranean to Bavarian to modern. One recently added residence features a large rooftop terrace with a fountain, as well a private entrance to the spa. Pricing for the suites starts at $2,800. (bayerischerhof.de)

Only about 2 miles from Oktoberfest’s epicenter at Theresienwiese, the Hotel Vier Jahreszeiten Kempinski is a celebrated retreat for celebrities and politicos alike, counting Winston Churchill, Queen Elizabeth II, Elizabeth Taylor, and Elton John among its guest list of luminaries. Built in 1858, the stately hotel offers a selection of 230 rooms and 67 suites, the Schwarzreiter Tagesbar & Restaurant (specializing in innovative interpretations of Bavarian cuisine), and a sixth-floor spa and fitness center. Spend Oktoberfest’s final few days in the hotel’s premier Royal Ludwig Suite, which boasts opulent multiroom interiors that include calf-leather flooring, muraled walls, and a kingly ambience befitting its namesake, the 19th-century monarch Ludwig II of Bavaria. While the Royal Ludwig Suite will cost over $17,000 per night, pricing for entry-level suites starts at about $2,000. (kempinski.com)