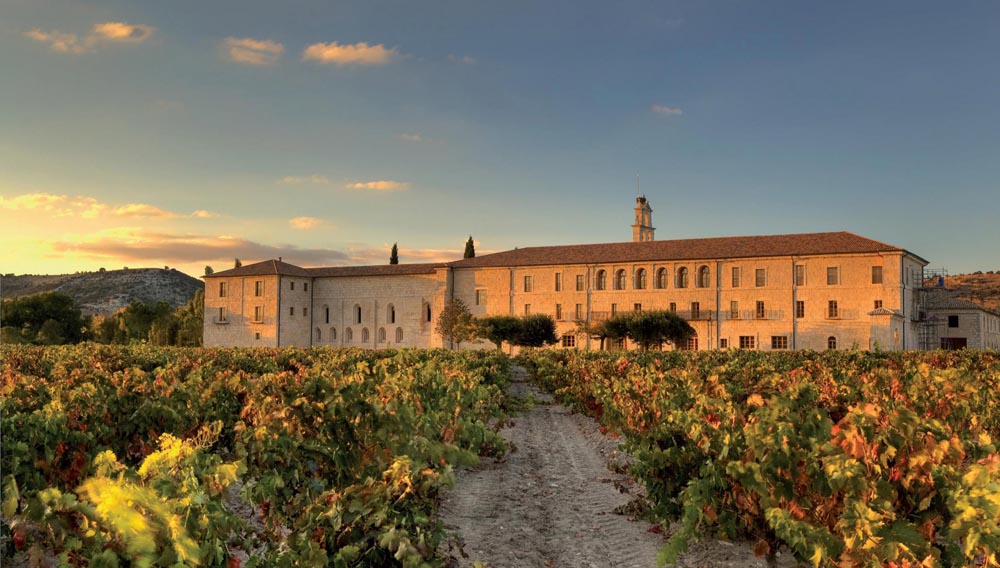 Abadía Retuerta LeDomaine, the 900-year-old abbey hotel and winery near Vallodolid, Spain, has won the Europa Nostra Prize for conservation and restoration. Andrés Araya, Managing Director of the historic property, received the award on Friday, April 17, 2015, from Her Majesty Queen Sofía of Spain in a ceremony held at the National Archaeological Museum in Madrid.

There were multiple historic and technical facets to the abbey restoration that earned it the Euorpa Nostra award, including: adapting a ‘tempering’ heating system dating from Roman times, applying non-invasive sustainable energy technology, restoring art, and the complex refurbishment of the abbey, which has become a model example for the reuse of listed historical buildings whose original purpose has been lost but have been adapted for new sustainable functions.

The storied abbey which dates from 1146 and is set within a 1,730-acre medieval estate, opened its doors as a hotel on March 22, 2012. “It is a great honor and joy to receive this acknowledgement recognizing the efforts and dedication of our architects and engineers in completing this architectural challenge,” said Mr. Araya. “Our main goal was always to conserve this wonderful building so that it could be enjoyed by future generations”.

Europa Nostra is a pan-European organization dedicated to conserving European heritage. Among its international stakeholder organizations are the European Union, the Council of Europe and UNESCO. It was originally started as Italia Nostra in 1963 in response to the impact on Venice of frequent flooding. The current president is renowned tenor Plácido Domingo.

Imbued with the charm and lore of a by-gone age, Abadía Retuerta LeDomaine takes guests back in time while immersing them in the comforts and luxuries of today’s most savvy hospitality. In July 2015, a world-class spa will open and eight new guest rooms will bring the total to 30. For more information, call +34 983 680 368, email reservations@ledomaine.es, or visit www.ledomaine.es.