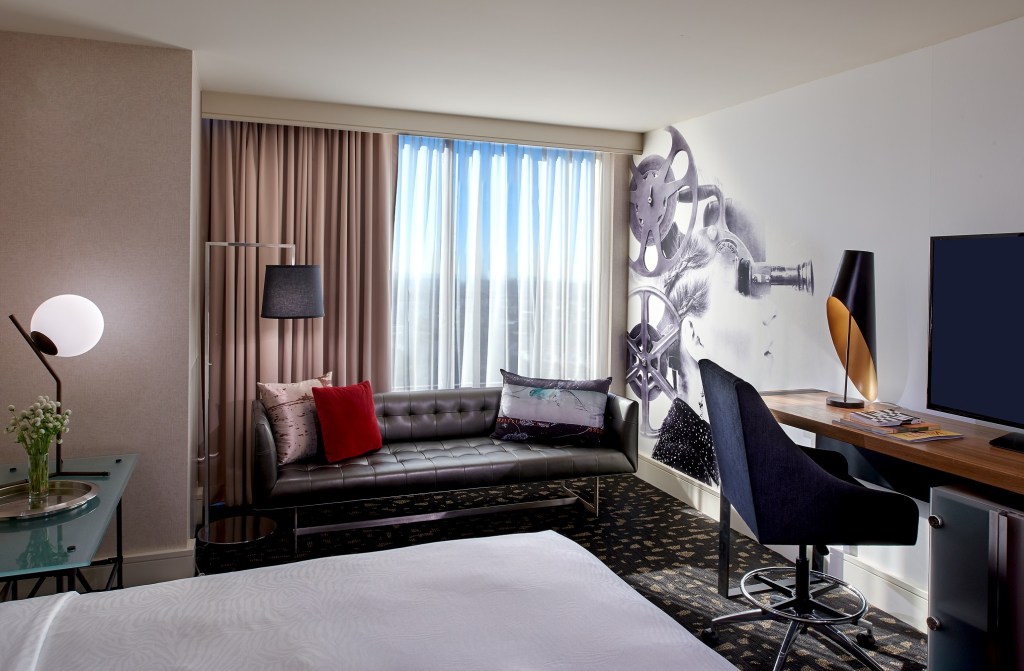 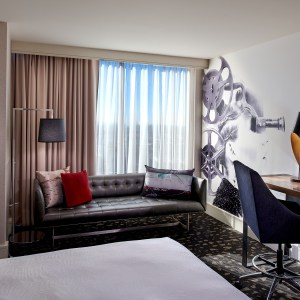 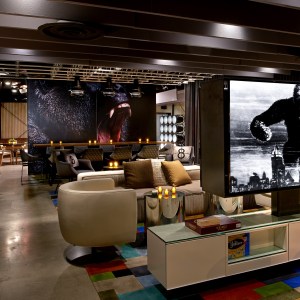 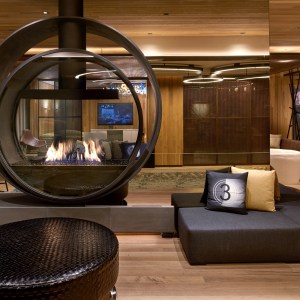 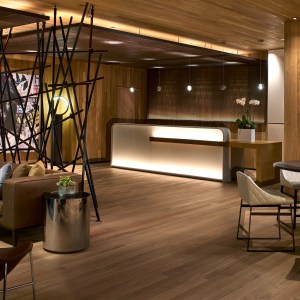 Anchoring scenes in the revamped guest rooms are black and white murals, a futuristic interpretation of the film industry and photography by San Francisco-based visual artist Eddy De Leon, alongside modern and minimalistic furnishings in shades of black, white and gray with popping red accents.

A circular fireplace inspired by a camera lens sets the stage upon entering the hotel and frames the intimate residential-like lobby. The entry area flows seamlessly into the adjacent lounge where black corrugated steel walls, raw concrete floors, and a soundstage ceiling rigged with truss and pipe give the space a sultry ambiance and set the scene for the action within. A multitude of open seating options creates a social environment allowing guests to effortlessly transition between meals, work, meetings and fun. Connected to the lounge is a lively game room with playful diversions such as a dartboard, shuffleboard table, pool table, Skee Ball, video games and dual 4K Ultra HD TVs. The hotel’s eight flexible event spaces, totaling 5,000 sq. ft., have been redesigned to shine including the newly expanded Premiere Ballroom with doors that open to the adjacent game room. Double Take, the hotel’s dynamic new restaurant, lies just beyond and is separated by a rolling 14-foot backdrop of an 8,000-lb. gorilla, a nod to the ever-watchful eye of the big studios.