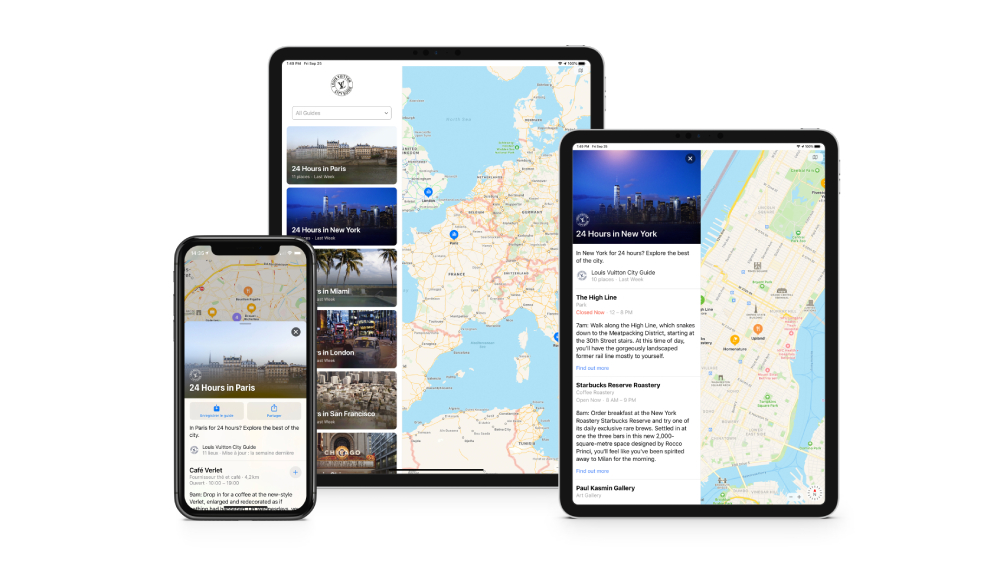 The French luxury brand may be best known for its leather trunks and runway-caliber apparel, but its highly curated City Guides have proven an unexpected yet potent success. Now, with the launch of iOS 14, Apple Maps is introducing Guides, a feature that directly integrates some of the top picks from the French luxury house’s curation for the first time. These are culled from the brand’s 24 Hours in series which divulges all the can’t-miss destinations in 32 of the world’s top cities.

Part of what makes Vuitton’s take on the well-trod category of travel book unique is its practice of looking beyond the obvious tourist destinations and highlighting shops, restaurants, hotels, art museums and more that are often overlooked. And when making its selections, the brand used its discerning eye––the same one that whips up its coveted fashion and leather goods––to draft its listings, so don’t be surprised if you find recommendations that aren’t in other travel tomes.

But that isn’t the only update the application is undergoing. To mark its fifth anniversary, City Guide––already ranked by Apple as its top travel app––is beefing up its content in English, French and Chinese. The 800,000 travelers already using the app globally can now enjoy a free selection of addresses, an audio-visual travel program, a postcard-sharing feature and new photographic filters for every city. There will also be a new itinerary guiding feature, which leads travelers on a discovery tour of the world of Louis Vuitton Publishing, with the Travel Book sketchbooks and the Fashion Eye photo albums.

The Travel Book series is something of a creative supplement to the guides: they’re filled with illustrations by renowned artists and promising young talents that tell the stories of the cities and countries they have visited by depicting each place’s architecture and special light. And lest we forget Vuitton’s primary stock and trade, the Fashion Eye photo albums are similarly personal accounts of great metropolises as seen through the lenses of the world’s most lauded fashion photographers.