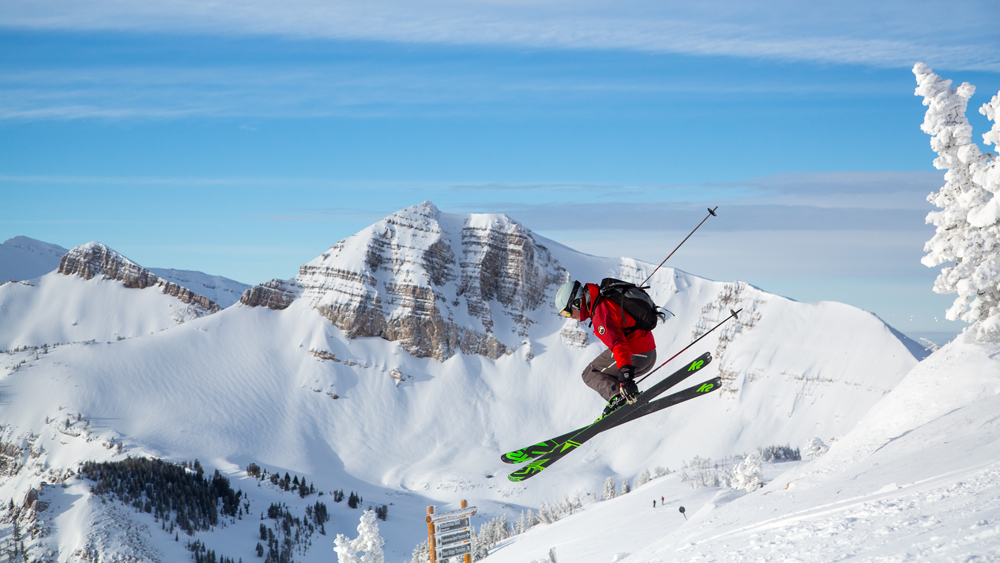 Athletes competing in the Winter Olympics are enjoying a break. They’ve wrapped up the games in South Korea and don’t have to compete again until 2022 in Beijing, so many are making the best use of their time to teach you their craft. That’s right: The hot new sporting activity this winter is hitting the slopes and ice with some of skiing’s, skating’s, snowboarding’s, and even bobsledding’s greats. Luxury hotels and resorts have partnered with some of the  biggest names from the Winter Olympics games, both present and past. We scoured the globe to find the best of the best, from racing down mountains with Tommy Moe to twirling on the ice with Brian Boitano. Get ready, get set … and start making room on your shelves for those gold medals.

In 2002, Salt Lake City hosted an epic Winter Olympic Games, and now the St. Regis Deer Valley is letting guests re-create those experiences. The luxury property, tucked away on top of Deer Valley Ski Mountain, has partnered for the second year in a row with the Utah Olympic Legacy Foundation to offer guests two exclusive Olympic-inspired activities. For $3,500, guests can head to the bobsled course with medalists Valerie Fleming and Shauna Rohbock. They’ll hear the inspiring story that took the athletes all the way to silver in 2006, and try their skills at the 10-curve bobsled course. Guests can also join the Olympic Biathlon Experience, where they can practice sharpshooting while alpine skiing or snowshoeing through the powdery white snow of Deer Valley. And don’t forget to dress your best: Participants will be photographed at an award ceremony at the end of each outing.

In 1994, alpine ski racer Tommy Moe captured hearts around the world when he won a gold and silver Olympic medal. Now, more than two decades later, he’s made his home at Jackson Hole Mountain Resort and spends his days showing guests what it’s like to ski the mountain he loves. As a tour guide, he takes guests (intermediate and expert skiers only) on little-known trails to explore his favorite runs at up to 80 mph. Then it’s on to his top après-ski hangouts where he’ll stick around to share a few epic Olympic stories.

Mirror Lake Inn, a quaint, boutique hotel in the Adirondack Mountains, is owned by the family of two-time Olympic medalist and U.S. Skiing Hall of Famer Andrew Weibrecht. Nearby Whiteface Mountain is where he learned his craft, so it only makes sense that he passes along his skills to visitors. Weibrecht’s “Ski with Andrew” package takes groups of up to five people on highly personalized journeys, skiing the slopes of his youth and even helping them try their luck at mogul skiing. In between runs, hit the chairlift with Weibrecht to hear his tales of speed and skiing the super-G and downhill at two winter games.

San Francisco might not be the first place one would look to for Winter Olympic sports, but the city has one asset nobody else can claim: Brian Boitano. For those who don’t already know, the California-based athlete is an ice-skating legend: In 1988, the inventor of the “Boitano triple lutz” won gold at the Olympics, and he was a world champion and U.S. champion for years before that. And now, guests staying at the St. Regis San Francisco can get a private, one-hour ice-skating lesson with him as part of the hotel’s Live Exquisite holiday package. For $50,000, they’ll also get a two-night stay in the Presidential Suite, VIP tickets to the ballet (which, it’s safe to assume, the guests are a fan of if they’re booking this package), and an in-suite Champagne sabering of Krug Vintage. It’s a pricey experience, yes, but then again, there’s only one Brian Boitano.

Giardino Mountain—a serene retreat in the picturesque town of Champfèr, near St. Moritz—looks like the kind of place where guests might do little more than watch the snow fall. But there are more thrills here than one might think: This year, on January 20 and 21, hotel guests will get an exclusive Olympic monobob experience led by skeleton racing Olympian Gregor Stähli. They’ll slide down a nearby Olympic course at over 60 mph, feeling the wind on their faces and the rush of the steep mountain below. When (or if) they survive, the Olympic champion will then treat them to an elaborate dinner of—what else?—fondue.

Alts Bandai, located just three hours from Tokyo, is one of Japan’s biggest snow havens—a true luxury retreat where everything from the ski conditions to the equipment are top-notch. Starting in mid-February, those conditions will get even better with the arrival of Japanese snowboarder Miyabi Onitsuka, who will be available to hotel guests for exclusive lessons. Whether they are beginners or advanced skiers, Onitsuka—who hasn’t yet made it to the Olympics but holds a gold medal for slopestyle from the FIS Freestyle Ski and Snowboarding World Championships—will teach guests new techniques and skills. She’ll also hit the après-ski scene with them afterward for some post-boarding critique.