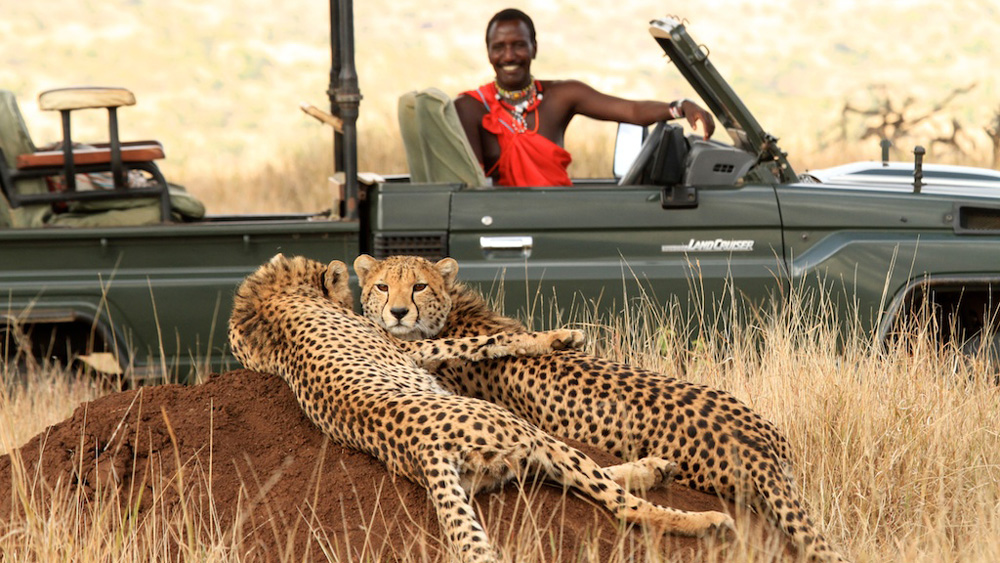 Seriously over-the-top safaris seem to be swinging into our viewfinders more than ever. With everything from exclusive-use hideouts offering private access to areas like the pristine Okavango Delta to Tanzanian camps outfitted with glittering infinity pools that make game spotting a breeze, there are practically no limits to what your next sub-Saharan journey looks like. But, if you’ve already gone the traditional route, make your next trip into the bush really count by immersing yourself into learning just what it takes to keep these environments brimming with the flora and fauna you’ve traveled thousands of miles to see.

This kind of thoughtful travel is exactly what UK-based Explorations Company does best. It creates tailor-made itineraries for those looking to make meaningful and lasting impacts during their jaunts across Africa, Asia, and beyond. Nicola Shephard, the outfitter’s CEO, has been curating trips that feature comprehensive philanthropic endeavors since 1989, and it has long been her mission to invite curious travelers to be a part of a positive change while they tick destinations off their bucket lists. Shephard’s latest do-good adventure takes

id safari-goers across East Africa for a 12-day census safari (March 2 to 16, 2019), immersing them in some of the continent’s richest wildlife and giving them a crash course in conservation alongside the leaders of the Lewa Wildlife Conservancy.

This UNESCO World Heritage Site in northern Kenya has one of the country’s strongest conservation program, and over the years it has created wildlife initiatives that are significantly reducing poaching in the region and increasing populations. Explorations Company’s customizable journey will give travelers a chance to work alongside Lewa’s experts, learning about their research, their relationship to the land and animals, and their plans to protect the inhabitants of the region. This is only the third excursion where the general public has the chance to participate alongside the professionals, giving guests exclusive access to be among lion cubs, zebras, and even the critically endangered black rhino.

While out on game drives and tracking expeditions through the conservancy, guests will quickly begin to see the many threats that drive species to depletion—observing up close how human impact on the land, poaching and farming in particular, affect the animals that have called it home for centuries. They’ll sit alongside experts, keeping record of all of the wildlife they spot (including the number of animals, species, locations, etc.)—valuable data that will later be presented to the Lewa-Borana Conservation committee. In addition to this hands-on contribution, a portion of the proceeds from the trip are also sent to the Lewa concession area to support anti-poaching efforts and to better local communities and tribes long after guests have gone home.

Beyond their time at the Lewa Wildlife Conservancy, guests will still have plenty of opportunity for altruistic adventures, many of which can be customized to suit guests’ preferences and interests. They’ll spend two days at the Giraffe Sanctuary in Kenya’s capital of Nairobi, home to the endangered Rothschild giraffe, before moving on to visit the Mara Elephant Project. While touring the project’s headquarters, they’ll get a better understanding of the tracking methods it takes to protect the elephants of the region and witness herds of the gentle giants traversing the expansive plains of Kenya. Guests can also expect a stopover at the Borana Healthcare clinic, a visit to local schools, lectures with leading scientists, and a homestay with a family to deepen their understanding of the locals’ relationship to this abundant landscape. The trip concludes at East Africa’s most famous wildlife reserve: Maasai Mara. The perennially packed region is at its quietest in March, so guests can expect to catch a rare, crowd-free glimpse of the beginnings of the annual wildebeest and zebra migration as it makes its way up to the northern plains from the Serengeti.

All of these active days spent outside can be a hot and dusty, albeit breathtaking, ride. To keep guests feeling energized, Explorations Company has curated the best of the bush by setting up travelers in lodges like the Emakoko in Nairobi National Park and Borana Lodge. Guests can also request to stay in specific lodges like andBeyond Bateleur Camp or Lewa House if they have a favorite. Either way, with full access to the Big Five outside their terrace doors (and often from their canopied beds), they’ll rest easy at night knowing their hands-on efforts have helped preserve the region’s inhabitants—and the kick of good karma can’t hurt.

For inquiries and interest in joining the expedition, call the Explorations Company at 855.216.5040, or send a direct email to one of their specialists.