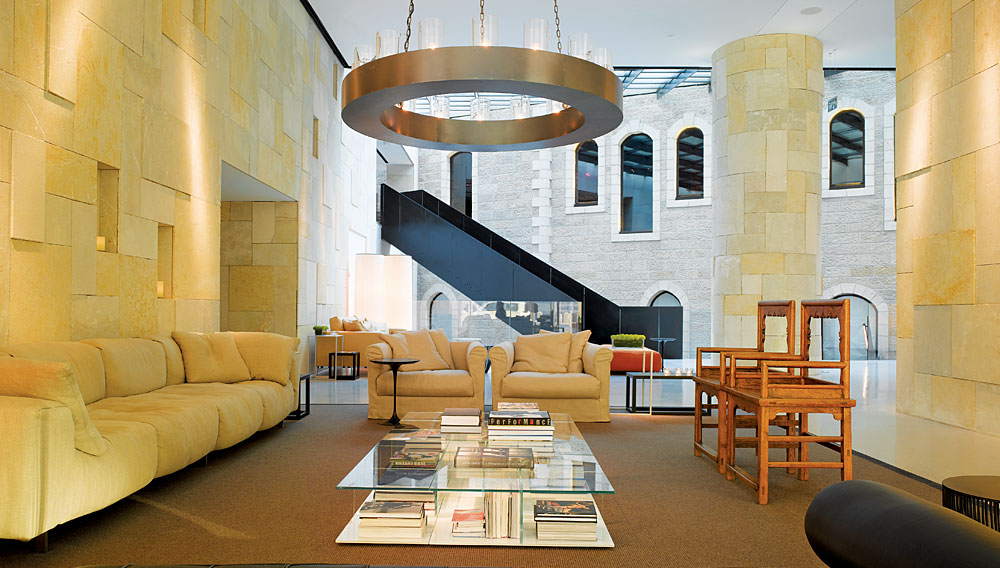 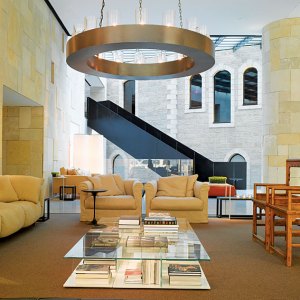 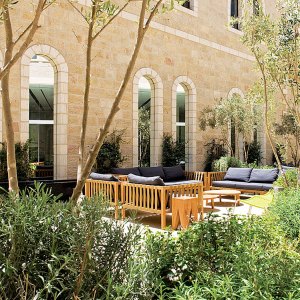 King David might feel at home at the 194-room Mamilla Hotel, which opened in June in the up-and-coming neighborhood of Mamilla, 10 minutes from Jaffa Gate near the Old City of Jerusalem. The collaborative effort of Israeli-born architect Moshe Safdie (designer of the Ballet Opera House in Toronto) and Italian architect/designer Piero Lissoni, the Mamilla is a sleek, modernist structure lined with Jerusalem stone—the hallowed rock from which the Holy City was built in David’s day.

The Mamilla’s guest rooms, especially the nearly 1,300-square-foot presidential suite, resemble spare contemporary citadels—with technology to boot. Modern touches include glass bathroom walls that change from transparent to translucent at the flip of a switch. Eclectic furnishings—Asian chairs and a Mies van der Rohe Barcelona daybed—soften the spare ambience in the public spaces, where lighting and music change along with the time of day. At day’s end, retire to the hotel’s wine bar to sample Israeli vintages, or to the rooftop terrace, which offers panoramic views of Jerusalem. Mamilla Hotel, +972.2.548.2200, www.mamillahotel.com ($450–$2,800)