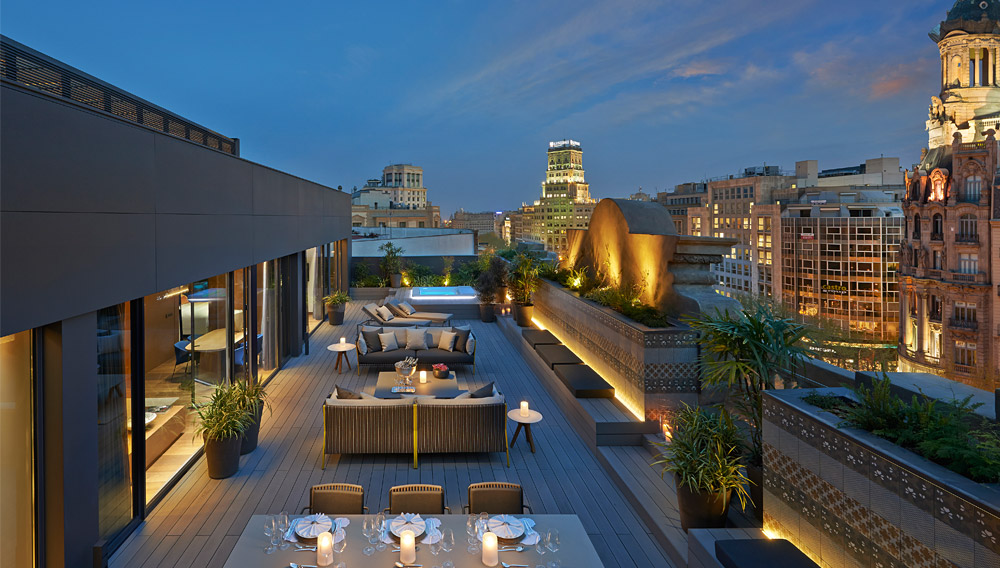 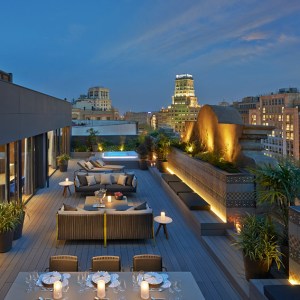 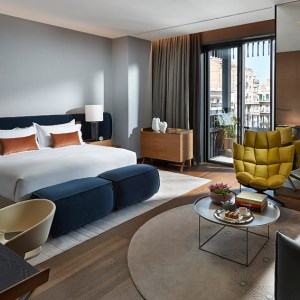 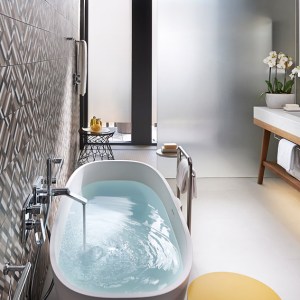 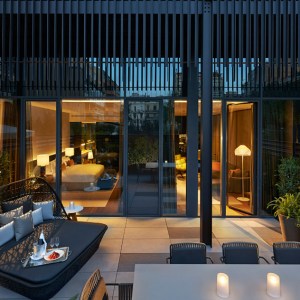 The Mandarin Oriental Barcelona opened in 2009 on the city’s bustling Passeig de Gràcia shopping avenue. The former bank building encompasses a natural light–filled, eight-story atrium and modern interiors by the Spanish designer Patricia Urquiola. Urquiola was invited back on the property when the 101-room hotel took over the modernist bank building next door. In April, five new rooms and 17 new suites (from about $990) were unveiled.

For the new accommodations, Urquiola drew on her work in the hotel’s existing Presidential and Penthouse Suites, creating spaces that feel more like homes than hotel inventory. Oak floors with Tai Ping carpets, high ceilings, and bronze highlights set a contemporary but comfortable tone in the rooms. Urquiola’s collaborations with top furniture makers are showcased throughout, including overstuffed Husk armchairs by B&B Italia and perforated Tatou floor lamps by Flos. The adjunct building also centers on an atrium, so sunlight streams into the rooms from at least two sides. Each of the new suites features a terrace or balcony furnished by Urquiola’s designs for Kettal. An oversize terrace off the fifth-floor Barcelona Suite features a private Jacuzzi and an outdoor living room overlooking the architectural masterpieces along the Passeig de Gràcia. (+34.93.151.8888, www.mandarinoriental.com/barcelona)