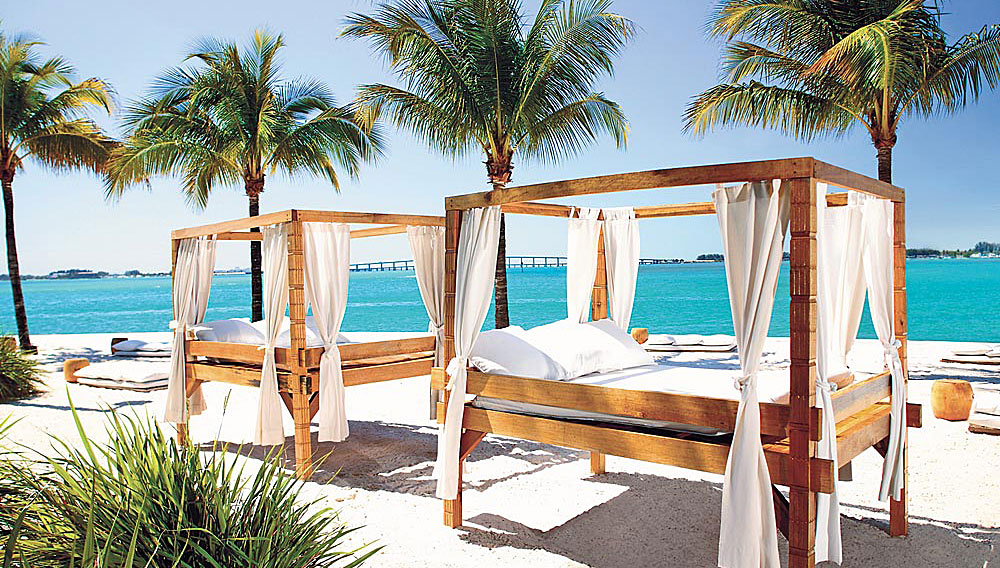 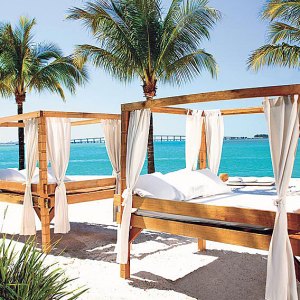 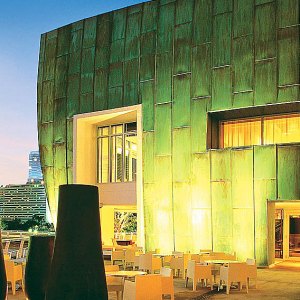 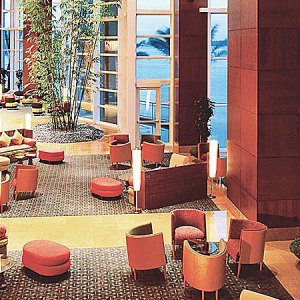 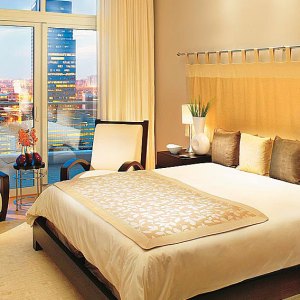 For those unfamiliar with the Miami area, arriving at the airport and being welcomed to “the islands” can be a bit disconcerting. Miami, the city on Florida’s southeast coast; Miami Beach, the seven-square-mile island just off the coast; and the region’s smaller residential keys are hardly interchangeable. A series of causeways connects the many pieces of the Miami puzzle, including its two main cities, which are separated by much more than a mile-and-a-half stretch of water. Miami Beach is home to trendy hotels and nightclubs—and crowds of people who frequent such venues—while the more sedate Miami proper is a center of commerce and an up-and-coming cultural scene. Set on a 44-acre island directly across from downtown, the Mandarin Oriental is far removed from the swarms of tourists in Miami Beach. The hotel’s staff members, unlike many of their colleagues in Miami Beach, are on par with those of other first-rate city hotels, and its facilities, which include a lavish spa and the Azul restaurant, likewise are superb. Accommodations The 20-story hotel has 326 guest rooms, including 31 suites and 16 Spa Lifestyle rooms, the latter outfitted with air-purification systems, yoga mats, and fitness equipment. Facilities A swimming pool, a man-made beach, a fitness center, and a 17-treatment-room spa that overlooks the bay. Dining Azul features Mediterranean cuisine with Asian influences, while the more casual Café Sambal serves Asian fare. The hotel has three bars. Concierge Recommends Charter a sportfisherman to pursue the sailfish, wahoo, and other species that populate the waters off of nearby Islamorada, also referred to as the Sportfishing Capital of the World. Rates Seasonal Rates for standard rooms begin at $415, suites at $1,250. The Oriental Suite and Mandarin Suite are available year-round for $5,500.