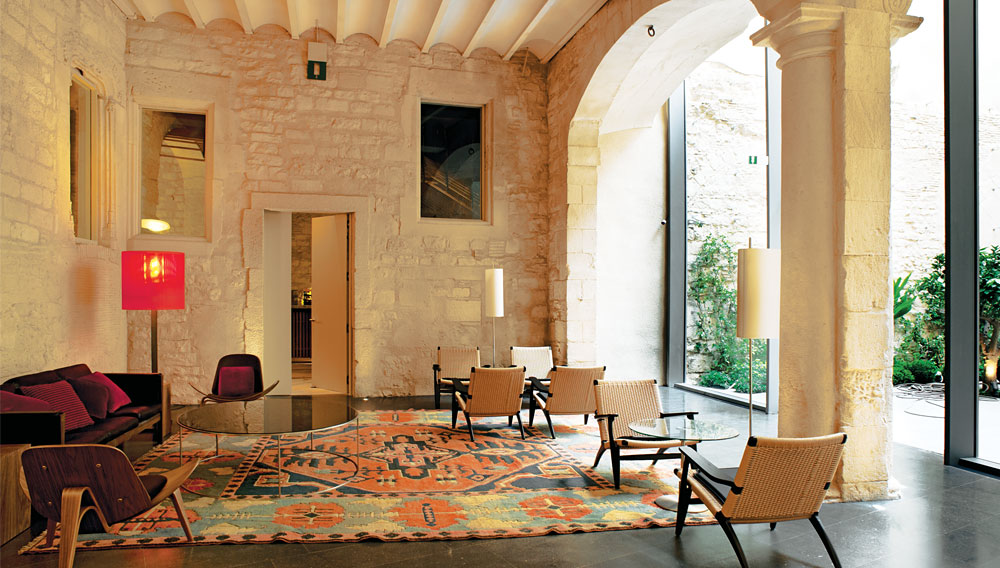 Barcelona’s Ciutat Vella, or old town, has for centuries been the seedy and grimy neighbor to the grand and fashionable Eixample district. But the ancient Roman walls of Barcino, as the Romans referred to the Catalan city, once housed the local elite. “Many palaces were built along the Roman wall for noblemen in medieval times,” says Pedro Molina, owner of the new Mercer Hotel Barcelona—a stylish 28-room retreat at the heart of the neighborhood’s recent renewal.

One of three boutique hotels to open in the old town’s Gothic Quarter since last year (the Hotel DO Plaça Reial and the Aparthotel Arai are the others), the Mercer is set within a former palace along the ancient wall. Molina enlisted the Spanish architect Rafael Moneo to fuse 21 centuries’ worth of construction into one harmonious patchwork where yesteryear is subtly on display. Visit the spot where Roman guards kept watch from defense tower No. 28, or peek through the restaurant’s glass floor to see the Roman wall’s base, from about the first century AD, below. The past is also present in the guest rooms, where 18th-century wooden ceiling beams and original stonework blend with contemporary decor by Carl Hansen, Santa & Cole, and Tom Dixon.

The Mercer’s location offers a convenient base for exploring Barcelona landmarks, including the Gothic cathedral and La Rambla, while shopping on Eixample’s Passeig de Gràcia is just 10 minutes away. Mercer Hotel Barcelona, +34.93.310.74.80, www.mercerbarcelona.com