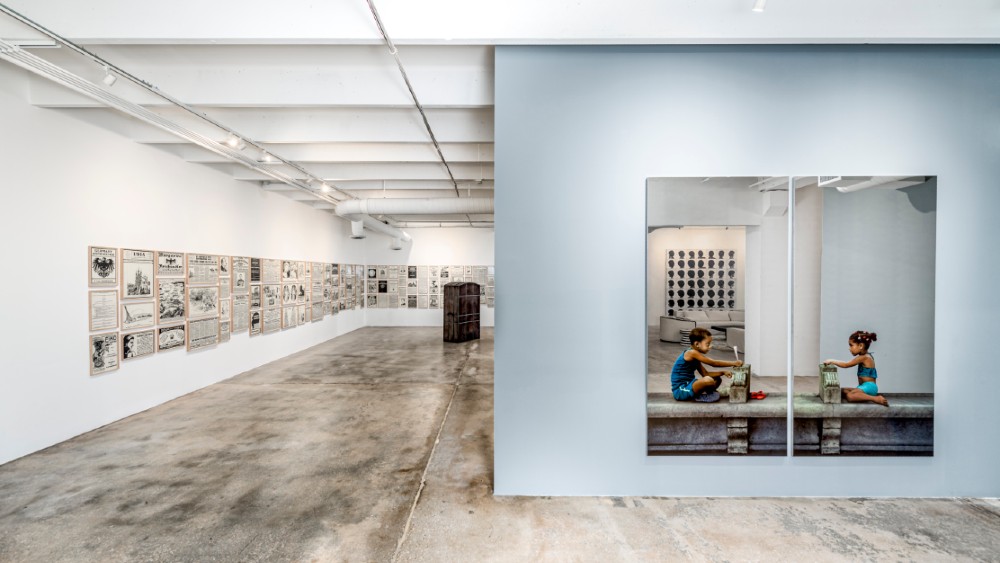 Best known as chairman and CEO of real estate conglomerate Related Group, Argentine-American billionaire Jorge M. Pérez has deep history with the Miami’s art scene. His contributions to the Miami Art Museum have been particularly notable: In 2013, the institution moved to its current location overlooking in Museum Park and was renamed Jorge M. Pérez Art Museum of Miami-Dade County in recognition of the philanthropist and entrepreneur’s $40 million gift. (He donated another $15 million to the museum in 2016.) Now, just in time for Art Basel and Art Miami, Pérez has introduced a new experimental art space that, for the first time, opens up his personal collection to the public.

The new space is in the Allapattah neighborhood  Photo: Courtesy of El Espacio 23

Dubbed El Espacio 23, the 28,000-square-foot space is located in Miami’s emerging Allapattah neighborhood, which Pérez chose for its proximity to art hub Wynwood (it’s less than two miles west) and for the still-affordable prices that make it accessible to artists and gallerists. “This new center was born from the belief that at the core of any of the world’s great cities is a thriving community of artists and creatives,” said Pérez. “This is a project 40 years in the making, and I look forward to inspiring and challenging visitors to think beyond the scope of their personal worldviews, while also cultivating the artists and curators of tomorrow.”

What’s now the museum first started as a storage space for Pérez’s expanding collection of contemporary art, then grew into a place where his friends and family would congregate. Once he decided he wanted to share it with the community, Pérez personally designed El Espacio 23 to feel like an extension of his own home, complete with a library, living room and bar area for hosting guests, and an intimate, homey feel that makes it different than the traditional museum settings in the city. Named for its location on Northwest 23rd Street, El Espacio 23 is also houses three apartments reserved for artist and curator residency programs, shared workspaces, and a variety of exhibition and storage areas, with 30-foot ceilings and moveable walls to accommodate large pieces.

Dubbed Time for Change: Art and Social Unrest in the Jorge M. Pérez Collection, El Espacio 23’s inaugural exhibition explores the conflicts of contemporary society and reframes historical events within the present. Curated by Jose Roca from Colombia, along with Pérez collection stewards Patricia M. Hanna and Anelys Alvarez, the show features nearly 100 works by more than 80 artists from around the world, including many pieces exhibited for the first time. Going forward, the space will continue to host thought provoking exhibits like this, as well as a series of activations by Allapattah artists. Starting Dec. 4, El Espacio 23 will be open to the public from 9am. to 5pm, through Dec. 8. After Art Miami concludes, regular hours will be Thursday through Saturday, 10am to 5pm.