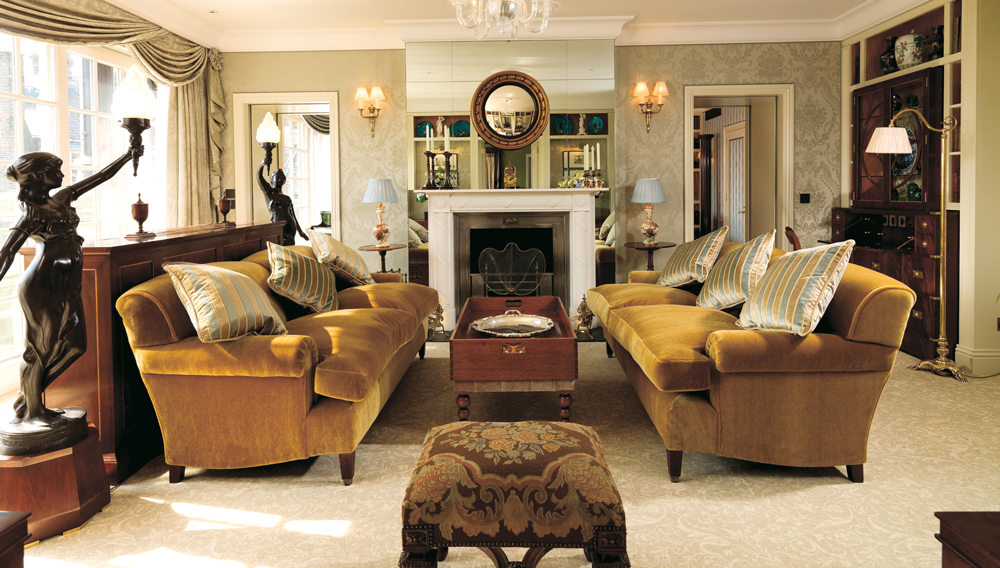 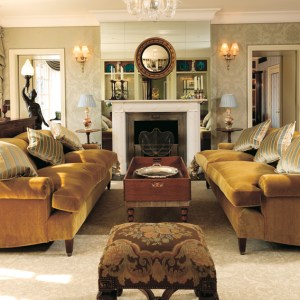 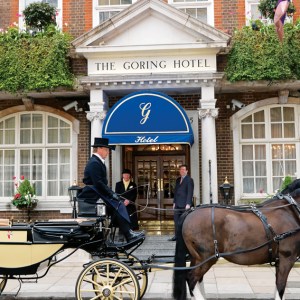 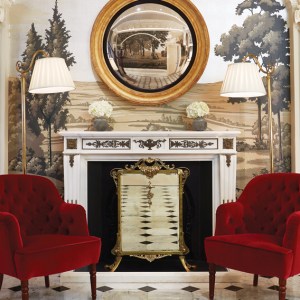 A London icon honors its lineage with a refined reinvention.

It was 1910 when Otto Richard Goring went from waiter to hotelier, opening the 50-room Goring on a quiet stretch near Buckingham Palace. Mr. Goring was a novice in a city known for its elite family-owned hotels, which at the time included the Ritz London, Claridge’s, and Brown’s. But the fledgling businessman’s property—purported to be the first hotel in the world with en-suite bathrooms and central heating in each of its guest rooms—soon earned a loyal following, whose ranks over the years have included King George VI, Winston Churchill, and Queen Elizabeth II.

Today, a little more than a century after its debut, the Goring stands as the last of London’s five-star family-owned hotels that remain family-owned. The property’s legacy—and its founder’s tenacity—lives on today under the attentive eye of the fourth-generation proprietor, Jeremy Goring. “We have service in our blood here,” says Goring, who assumed the role of CEO in 2005. “We value those subtle qualities people call ‘Englishness’—a familiarity and genuine warmth without overfamiliarity.”

This past March, the Goring emerged from a multiyear, multimillion-dollar renovation that has modernized and elevated its English elegance. Following a five-week closure for the renovation’s final phase—the first time the hotel shut its doors in the 105 years since it opened—the Edwardian grande dame now welcomes visitors with Fromental hand-gilded wallpaper and carved Chippendale-style furnishings in the front hall. In the 69 guest rooms, silk wall coverings, marble bathrooms, and bespoke English-made furniture anchor the classic yet contemporary ambience. The Royal Suite, famous for hosting the Duchess of Cambridge on the eve of her nuptials, was re-created by the London-based designer Russell Sage, who adorned the light-filled space with British antiques and a collection of royal artifacts that includes a life-size portrait of Queen Victoria. Each of the hotel’s five suites is now attended by a footman, a personal attendant dressed in the traditional regalia of scarlet tailcoat and gold-trimmed waistcoat.

Of course, when it comes to a classic such as the Goring, some things cannot—and should not—change. Traditional afternoon tea in the lounge is still a favorite among Londoners, occasionally even for Queen Elizabeth II, who granted the hotel a Royal Warrant in 2013. The hotel’s dining room, which the British furniture maker David Linley restyled with Swarovski chandeliers and golden tapestries, also remains popular with locals for its superior English fare.

It is not just locals and guests, however, who have been seduced by the Goring’s charms. Since its renovation, the hotel has also started attracting the unwanted attention of would-be buyers. “I don’t return those calls,” Goring says, “because nothing could be quite as much fun as doing this.”