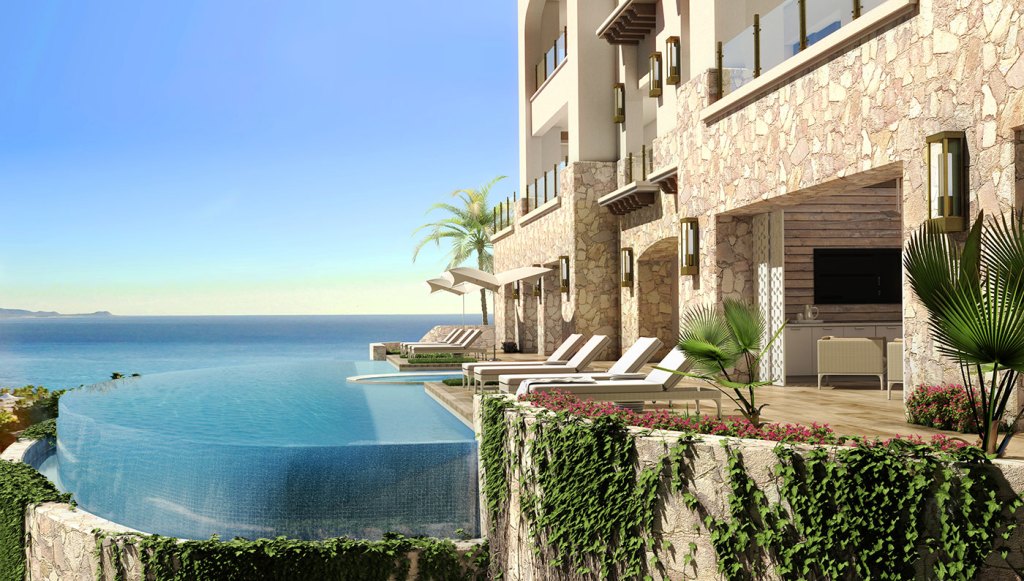 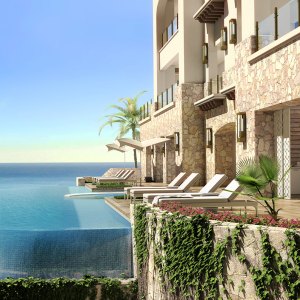 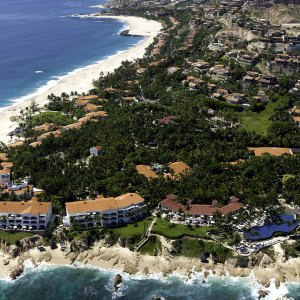 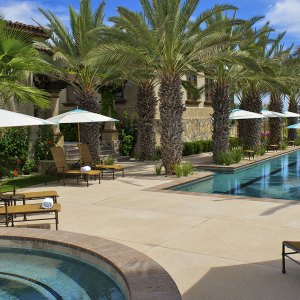 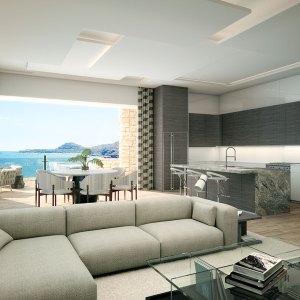 How’s this for living on the edge? Among $20 million homes in one of Baja California’s most exclusive vacation communities, the Ledges at Espiritu look around to the Sea of Cortez, the lights of San Jose del Cabo, and the mountains of East Cape. From their Los Cabos hilltop perch, the new crop of condominium units can see it all, including the ample amenities that come with owning a spot at Espiritu.

Back in the 1950s, a little resort, the Palmilla Hotel, went up on the peninsula. It could only be accessed by private plane or yacht, so the clientele remained as elite as the place’s owner—the son of Mexico’s president. In 1995, two Houston developers bought up the unclaimed oceanfront adjacent to the Palmilla Hotel and in 1996, broke ground on Villas Del Mar. In 2004 One&Only acquired the Palmilla Hotel and after a $90 million renovation, reopened the One&Only Palmilla that same year with 173 guestrooms and the Jack Nicklaus Signature golf course that was already on the site. The success of Villas Del Mar has bred sister communities Oasis Palmilla and Espiritu over the last two decades, with the Ledges at Espiritu the most recent addition.

The Ledges at Espiritu was introduced early this year as a series of five-unit buildings, the first of which will be fully completed in January 2017. Four three-bedroom residences (from $2.965 million for about 3,000 square feet) share the second and third floors of the buildings. A five-bedroom penthouse (from $6.265 million for about 5,500 square feet) takes up the entire fourth story. The penthouse also features a rooftop terrace with a pool that comprises an entire fifth floor with 4,029 square feet of outdoor living space, in addition to the interior space.

On the ground level of the Ledges is a dedicated cabana for each residence, an infinity-edge pool to share, and a pool concierge. Open-concept floor plans open onto expansive patios with ocean-view spas and fire pits. Ownership grants you access to Espiritu community perks, including the Club Espiritu Fitness Club and Spa, the Club Ninety Six beach club, and experienced staff from concierges to pool attendants. (espiritudelmar.com)