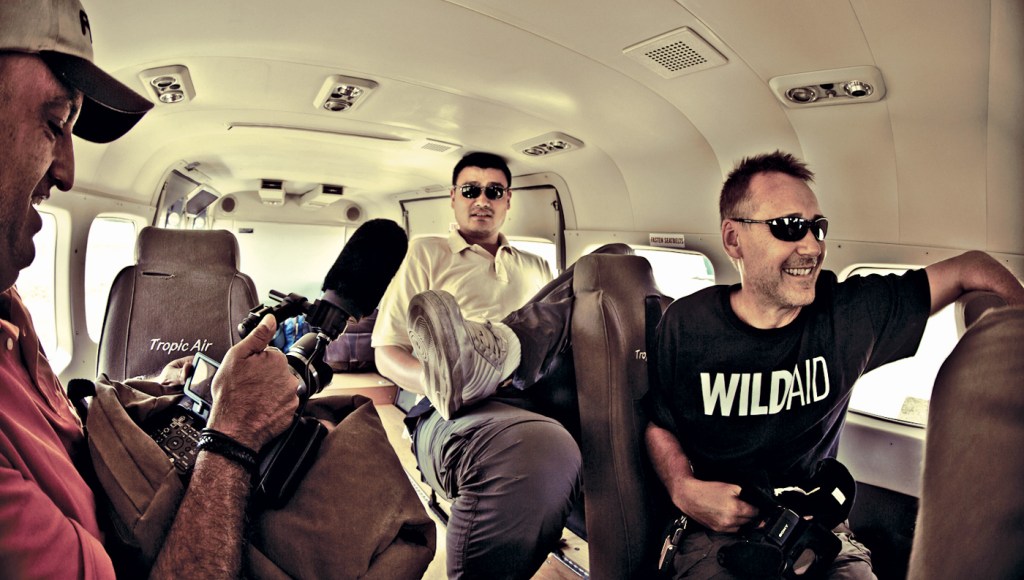 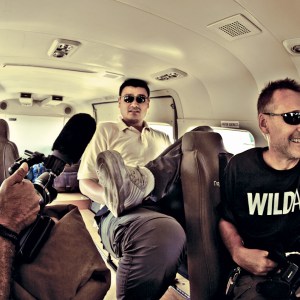 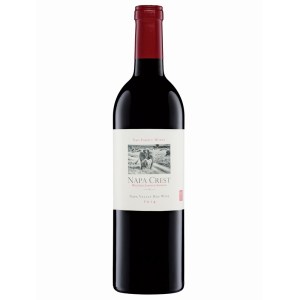 The larger-than-life athlete aims to make a big impact with his latest venture.

Yao Ming would rather not talk about himself. But the eight-time NBA all-star, Olympian, and member of Time’s 100 Most Influential People club opens up a bit when the subjects are fine wine and philanthropy. At 36, he is an accomplished vintner and influential activist, and last November he combined these two passions with a special release of Yao Family Wines’ 2014 Napa Crest Red Wine. The limited-edition bottling commemorates his 10-year partnership with WildAid—a global nonprofit dedicated to ending the illegal trade in elephant tusks, rhino horns, and other wildlife parts—with all proceeds going directly to the organization.

Yao released his first wine in 2011, the same year he retired from basketball. His St. Helena, Calif., operation—which produces about 4,500 cases per year—is by no means a vanity project, with Yao playing an active role developing wines that have earned lofty praise (including a score of 95 from Robert Parker for the 2010 Yao Ming Family Reserve Cabernet Sauvignon). Last year, he expanded the winery and opened a hospitality center with private tasting rooms and lounges. Robb Report caught up with the 7-foot-6-inch entrepreneur to talk vintages, conservation, and more.

Drinking wine is more than just the drinking and tasting. It’s about a shared experience, the time we spend together. When we are drinking, we talk about our lives, our jobs, our stress, our joy, and many things about life. We have a saying that “every empty bottle is full of our experience.” Also, for the label we designed, we use Chinese characters, but instead of the modern ones we use today, it is ancient characters from more than 1,000 years ago. It is almost like using Latin.

How involved are you in the winemaking process?

I stay there and watch people harvest and produce the grape juice. But Tom Hinde, he is the real winemaker. I want to put a real before the winemaker—you know what I mean [laughing]. He is a very experienced guy; he knows Napa.

You both must feel proud of the praise your wines have received. Obviously [the Robert Parker score] was encouragement for us. It shows that people love our wine and that’s great for us. But still, our focus is to explain our understanding of the wine and how we make it different than yesterday, than before. You don’t want to get there and say, “I want to do this in a totally different way.” You have to respect the tradition of the Napa Valley. But I believe that each time you want to put a little bit in there to make it a little bit different. With enough time—while that time will be decades, maybe—it will come out as something very, very special.

How did you first get involved with WildAid?

In 2005, they came to me, told me their story, and showed me a PSA they shot with Jackie Chan. That got my attention to their conservation efforts. In 2006, we made an agreement that we were going to do this and hopefully we could get more people’s attention to protect the wild animals, beginning with a shark-fin-soup project. After 5 years, the numbers showed a huge success that people reduced consuming shark fin, and that it was effectively changing the environment in the water. That is why we moved to the next thing, which is ivory and rhino horn. And hopefully the same result will come out of this, too.

During the filming of the documentary The End of the Wild, in which you went on a fact-finding mission in Africa to root out poaching, you came upon the slaughtered bodies of elephants and a rhino. How did that affect your mission?

It is hard to explain, because when you see a real animal body, a huge body, right in front of your eyes, it is very, very shock. Sorry for my English, but I don’t have any words that can explain how I felt at that moment. I just wished I would never see that again.

But unfortunately, we know that it is still happening, because the market is there and the consumer is there. I would say it made me more motivated to do better with our job, to influence more people to stop buying from that market.

So how does one change hearts and minds, in China specifically?

I think the only thing effective is education, to get people’s attention and raise public awareness, and have them realize what it affects in Africa. The younger generation has a chance to make this different. And they have the heart to want to make a better world. I think they will be a major power, a major force for us to make this happen. And they have the desire to do it. China has officially banned the elephant-tusk trade. That’s a great success, and I believe that it shows the future we are heading to.

We hear you’re back in school. What are you studying?

Yes, I am back to school since I retired from basketball. I am studying economic management. It’s hard [laughing]. It is not easy for a middle-30s-year-old guy to go back and sit in the classroom with a bunch of 20-year-olds. I think I am too slow. It is a good experience. It gives me a sense of our future, because those kids are all 10 years younger than me, and I can get a sense of how does society become 10 years from now.

What advice do you have for those considering a new direction or second act?

I am still very young for giving advice. I don’t want to misguide people. I am still making mistakes. But I want to say: Mistakes, sometimes, you cannot avoid them in your life. But don’t let mistakes be taken in vain. Learn from mistakes. That’s how we grow up.