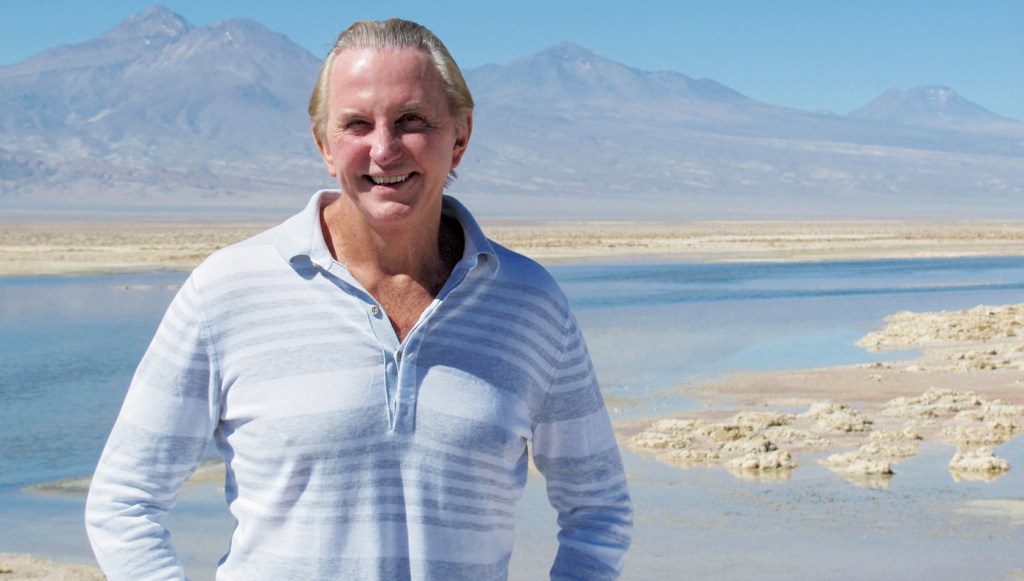 Since cofounding Abercrombie & Kent with his parents in 1962, Geoffrey Kent has explored every square inch of Earth—and brought along 400-thread-count sheets, first-growth wines, and every other conceivable refinement for the dedicated clientele who have followed in his path. Last year the adventure-travel pioneer published Safari, a memoir recounting his rise from a barefoot child in the African bush to the leader of the world’s preeminent luxury tour company.  —BRUCE WALLIN

When I started out, I suppose because I was from Africa, when you thought of luxury it was places like the Mount Kenya Safari Club. People played golf, had wonderful drinks, wonderful things to eat. The problem was, for me as a young guy, there were no activities combined with that, and so it was boring.

I realized people wanted to be busy, active. Climb Mount Kilimanjaro. Go trekking. Fish for Nile perch. But at night, ironically, they wanted to feel as if they were in a first-class restaurant back in their hometown. They wanted to be very, very comfortable at night, and have great food and wine.

I think I’ve created what people want today, which I knew way back then. And today, by the way, they want great coffee—the cappuccinos—wherever they are, with 50 hippos watching them.

The biggest change of all is that people travel with their families. Before they traveled with couples who knew each other from the same country club or business. Today it’s mainly multigenerational, with their kids and grandchildren. They want things to be authentic. They want to learn. They want to feel that they are not just being a hedonistic traveler. Luxury can equal hedonism. To sit on a yacht outside Saint-Tropez for two weeks, that’s hedonism. What are you learning?

A luxury trip today has to be life changing. I suppose it’s the innate sense of explorers in us. Why did all the early explorers travel? To discover something that nobody had discovered before. So people like to come back feeling that they have done this, and to an extent they have. That’s sometimes called bragging rights. I hate that term, but people come back and say, “Wow, I actually did this.”

I think I’m breaking new ground again with my Inspiring Expeditions. I’m going to take people to Palau and swim in a volcano with a million jellyfish without a sting, to find a U.N. World Heritage Site never opened before. I’m pushing it to the outer limits, but I’ve got to use private jets, chartered boats, and Michelin two-star chefs. It has to be a one-off as much as possible, not just a tour, not just a series of trips. We’re going to have one with the Northern Lights and another to Nagaland and Mongolia. I’m trying to get to places you can’t get to normally, and then either build a lodge or a camp, or bring in a boat, so our guests have this experience nobody else has ever had before.