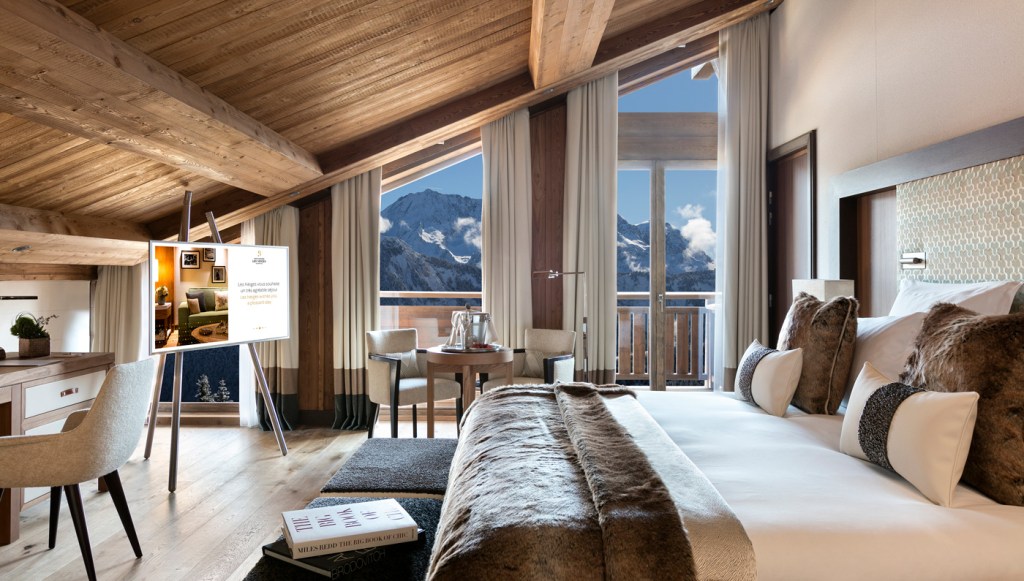 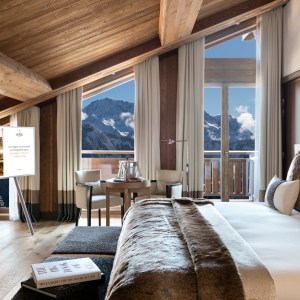 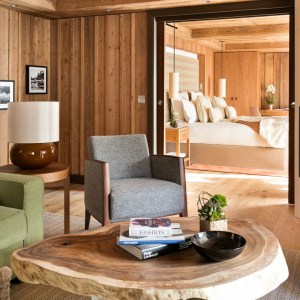 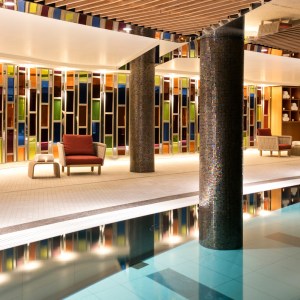 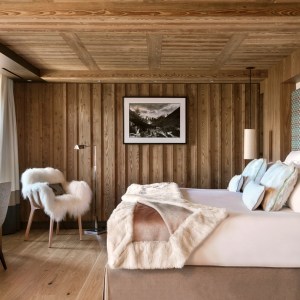 There’s nothing quite like the feeling of breathing in cool morning air at the top of a quiet mountain, while gazing down at a sea of fresh, powdery snow. The tranquility of the moment, followed by the thrill of the descent is what gives luster and charm to alpine getaways; and at the new Hôtel Barrière Les Neiges—conveniently located within the extraordinary Courchevel 1850 resort in France—guests will have ample access to some of the best slopes in the world. This five-star winter wonderland is in the heart of the Les Trois Vallées—the largest ski area on the globe—with the renowned Bellecôte slope at the hotel’s doorstep.

Hôtel Barrière Les Neiges is a chic chalet filled with an inviting interior designed by Nathalie Ryan, who brought together warm earth tones, larch wood walls and ceilings, along with white marble and silky fabrics to give the space a modern twist. Complete with 42 rooms and suites—draped in luxurious cashmere, velvet and fur—the hotel also features a 65-foot pool, an outdoor Jacuzzi, a private cinema room, and a ski room. After a stimulating day on the slopes, spending some downtime at the spa is the perfect way to unwind. The Spa Diane Barrière is over 10,000-square-feet of pure bliss. An extensive spa menu includes body treatments specifically tailored to treat the effects high-altitude has on the body, as well as revitalizing body scrubs, massages, anti-aging cryotherapy, and LPG Endermologie are all available. Steam rooms, saunas, ice pools, and an open-air Jacuzzi round out the amenities offered within the spa.

Culinary experiences abound at Les Neiges with such exceptional restaurants as the Parisian brasserie Fouquet’s, as well as B Fire by the two-starred Michelin chef Mauro Colagreco. The menu at Fouquet’s is rich in quality ingredients and the technical expertise one expects from French cuisine. Such notable entrees include Mont D’Or Fondue with Savagnin; Fricassee of Lobster with Ginger; and “Black Market” fillet served with potato wedges, endive salad, and a Champs Elysées sauce. While elegance and grace is the epitome of Fouquet’s, passion and temptation is at the heart of B Fire. Stylized with fiery red tones and wood accents, chef Mauro Colagreco takes guests on a gastronomic journey filled with Argentinian and Italian flavors sure to dazzle your taste buds.

At Hôtel Barrière Les Neiges adventure is plentiful, enchantment is guaranteed, and the memories made will undoubtedly last a lifetime. (hotelsbarriere.com)