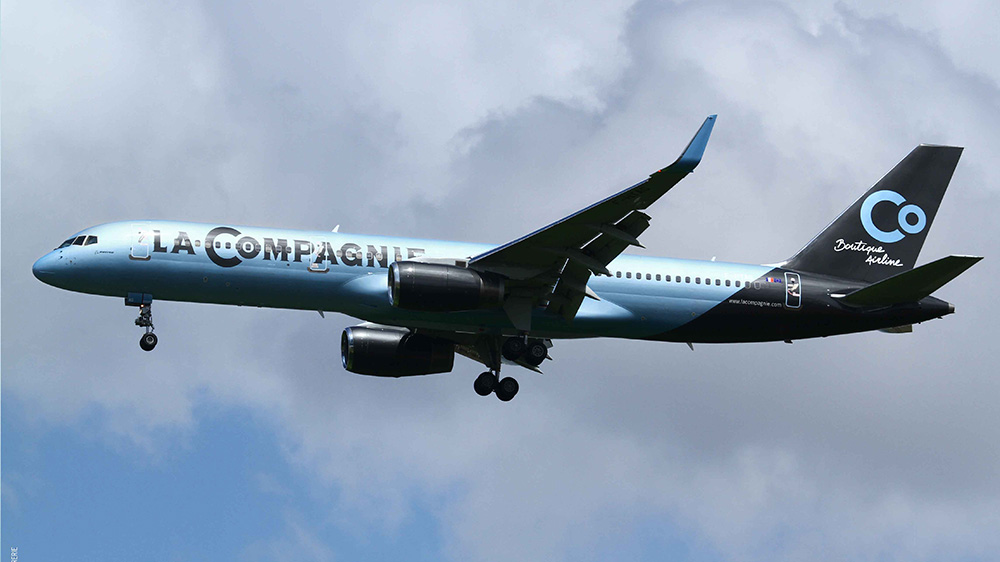 We were all so focused on the destination. New York was dark and rainy and bitterly cold, and the only thing a group of us strangers could do ahead of La Compagnie’s inaugural flight from Newark to Nice on a recent Sunday, was hash out our plans in the airport lounge.

There was the guy across from me, the one who would drive to a nearby French villa as soon as the plane landed because “this flight takes me basically right there—easy.” There was the couple who owned vineyards in Sonoma and Argentina who were on their way to a new one they had just purchased in Chablis. The young man who was completely sans itinerary, “because why not?”

Because there was sunshine and la mer and gin cocktails served in crystal goblets at the Hotel Martinez’s beachfront bar seven hours within reach. Because that’s what airports and airplane travel make us yearn for: the destination. You just want to get there already.

But that night I soon found myself sinking into the French Riviera experience earlier than expected. Which is to say, the vacation began with the flight. It had not occurred to me that because La Compagnie’s planes have just 74 seats—and all of them business-class—there would be no rodeo at the gate and no agents offering $500 vouchers over the intercom because overbooking is simply the status quo these days. No, off we comfortably went instead, in a spacious cabin trimmed in pale blue.

There were hot towels and generous pours of Piper-Heidsieck Champagne and a three-course seasonal menu conceived by chef Christophe Langrée that featured a caramelized onion soup so vivid in flavor, I found myself remembering it days later. And there were brie and Cambozola blue cheeses, and a kind flight attendant who went around closing the window shades while saying, “Unteel zee morning sunshine, madame.”

I saw many things after my flight landed in zee morning sunshine. Vast expanses of water that were like sheets of cyan glass. The frost-blue curves of an Aston Martin V8 Volante and the pastel blue of an Ettore Spalletti painting on display in Monaco that made me see that color in a completely new way.

When I wasn’t fully reclining into a horizontal sleep on the way home, I thought of these blues. But I also thought about the past and future of airline travel. While I was up in the air, Louis Vuitton’s Nicholas Ghesquiere was staging his womenswear 2020 cruise collection show at JFK airport’s newly restored TWA Flight Center—architect Eero Saarinen’s mid-century masterpiece that epitomized jet aircraft-era glamour when it opened in 1962. Though TWA was one of the biggest airlines at the time, it was small compared to today’s standards. Small enough to focus on the passenger experience and the myriad details that make the process of travel enjoyable. La Compagnie’s all-business-class boutique model is perhaps as close to that experience as we’re going to get today. And with tickets starting at $1,500, compared to Air France’s $4,500, they are managing to make it more affordable—something every stranger I overheard spoke of with a tone of disbelief. That—and the onion soup.